These four emerging brands will be presenting during NYFW for the first time. 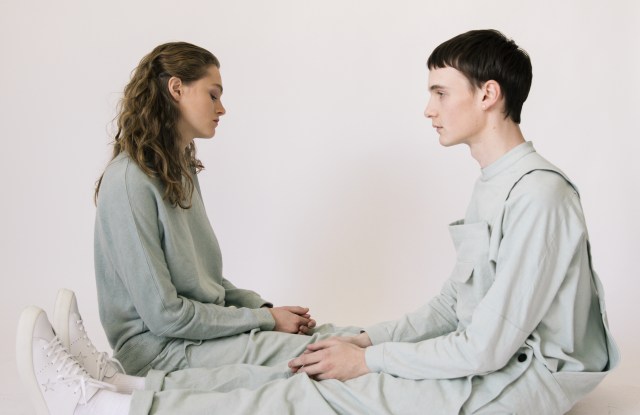 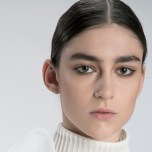 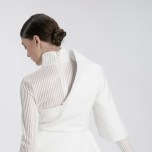 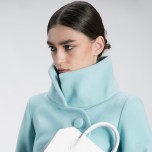 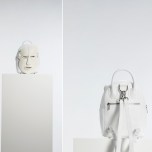 Ahead of New York Fashion Week, WWD scouted emerging brands new to the show calendar looking to break into the U.S. market. From the conceptual and quirky to the blissfully wearable and approachable, here are some fast facts on these designers and their collections, and click through the slideshow for a first look at pieces from fall.

The name: “The label is Seeker, which derives from the time I resigned from my 9-to-5 job to travel throughout India and the East in search of a new horizon,” said Ferguson.

Origins: “I am a Los Angeles native. I decided to settle back in L.A. after exiting college in 2006, when I devoted my career wholly to fashion. Los Angeles is a manufacturing hub and an ideal place to return to when you spend the majority of your time seeking new adventures. “Additionally, I believe Los Angeles needs creatives to set their roots here to bring like-minded individuals out to inspire a real creative movement. I think we’ve got the ball rolling.”

Background: “Before I founded Seeker, I had quite a few years of strategically working my way up the ladder. My first position was with G-Star, which was an incredible learning experience. Having that on my résumé was a solid launch into the industry at the time. After 6 years of bouncing around, working in everything from retail experiences and wholesale to design, development and production, I took on my pursuit of worldly affairs and eye-opening experiences. After wrapping up my travels four years ago, I founded Metta Agency, which is a full package design, development, production agency that works hands-on with labels such as Golfwang, Kimoji, 4Hunnid and a handful of others.”

Aesthetic: “Minimalist-maximalist. I don’t like to have a lot of anything, so everything I acquire and hold onto is exactly what I want and have chosen to keep near and dear. I refer to the lifestyle as a modern monk, aka a uniform, which aesthetically lies somewhere between gallery modern and humble hippie. I design for all people. We aim to be a gender-inclusive, age-inclusive label for all who appreciate clean lines, comfort, ethical lifestyle and elevated casual — who aren’t afraid to have some fun.”

Origins: “I was born in Mexico City,” said Ayala, “and moved to France when I was 17 years old to pursue my studies in art and architecture.”

Education: “I did my undergraduate studies in the School of Beaux-Arts in Paris, followed by a master’s degree in London at the prestigious Architectural Association School.”

Background: “After graduating from the Architectural Association School in London, I had a great job as an architect/urban designer in Beijing, planning cities and building future cities of China. However, I had a radical ‘coming out’ moment when I realized I wanted to pursue a career as a clothing designer. I began swapping scales of design — from architecture to clothing, from buildings to patterns and textiles. That is when I decided to head back to Paris to follow up with my plans.”

Established: Jorge Ayala Paris was established in Paris in 2013, presenting my spring 2016 collection in October 2015.”

Aesthetic: “Each Jorge Ayala piece strongly reflects my ‘états d’âme,’ carrying a very personal vision and perspective. Living in Paris since the Nineties, I have seen how the luxury industry went from local to global and now, luxury brands are seeking to go back to that uniqueness before globalization happened. I don’t like the term. I think it is so irresponsible if things go wrong in a collection. I prefer to talk about processes, additive processes that happened alongside the agenda of a collection. I love to think of women with criteria and discernment, seeking to avoid uniforms, and therefore, non-uniform thinking.”

The name: “’Denibi’ symbolizes a utopia for creatives. An island never damaged or influenced by any negative foreign interference,” said the designer. “Where creatives are able to push themselves to the fullest of their artistic abilities in the comfort of like minds and limitless possibility.”

Origins: “I was born in Senegal, West Africa, and moved to Barcelona, when I was 2 years old. I moved there with my mom to find new opportunities in life.”

Education: “I went to a public school in the province of Barcelona and studied computer science.”

Aesthetic: “Simple, minimal and advanced. For a classy independent woman with good taste and a futuristic perspective of life.”

Origins: “I’m from Venezuela but currently based in Madrid,” said Padrón. “I moved abroad to develop my career in fashion.”

Background: “I took some courses at Central Saint Martins, since I wanted to continue developing my practical skills after graduating. It also took me some time finding the right people to build my work team.”

Stockists: “Multibrand stores across Italy and France, such as 10 Corso Como and Luisa Via Roma.”