The Islamic fashion industry is puzzled over the burkini ban in France. 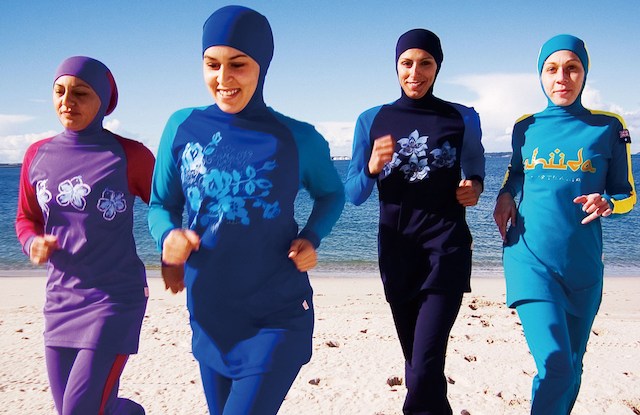 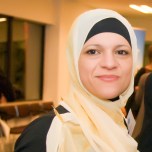 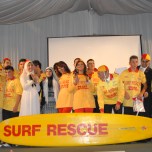 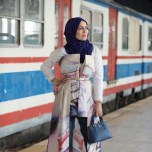 That’s how some women working in the Islamic fashion industry view the furor in France over burkinis, the body-concealing swimsuit that has been banned in a growing number of seaside towns.

“I am quite upset to say the least. Wearing a burkini is not a political statement, rather a choice of dress,” said Rabia Zargarpur, a Dubai-based designer who markets her Rabia Z label of so-called modest fashions online. “For Muslim women, burkinis are a symbol of liberation, not repression. Muslim women who were uncomfortable or unable to swim in mixed pools or beaches are now taking part in those activities. And women can wear a wetsuit with a hood for multiple reasons including preserving modesty or sun protection.”

Zargarpur balked at recent declarations by Prime Minister Manuel Valls, who insists the burkini is tantamount to “woman’s enslavement” and “not compatible with the values of France and the Republic.”

“Undoubtedly, there are French women who buy skimpy bathing suits and tiny bikinis in submission to both male pressure and social pressures. Isn’t that enslavement?” she asked. “The real enemies of freedom are not the burkini wearers, but the politicians who want to ban them.”

France’s burkini controversy is tangled up with tensions over ISIS or ISIS-inspired terror attacks and outward signs of religion in a fiercely secular society.

Yet across the world, the burgeoning Islamic fashion market is projected to be worth $327 million by 2020, according to Thomson Reuters “State of the Islamic Economy” report. With a global population of 1.6 billion, Muslim consumers are one of the fastest growing segments in fashion.

Shelina Janmohamed, author of “Love in a Headscarf” and vice president of Ogilvy Noor, which is the world’s first Islamic branding practice offering advice to clients on how to appeal to Muslim consumers globally, cited a huge shift among female Muslim consumers.

“They are modern and independent and want a sense of belonging in their communities, but also want to be individual and assert their own choices,” she said. This has fueled an entire fashion movement, one that is now being censored in France for its modesty, she lamented. “There’s an entrepreneurial story around Muslim consumers growing around the world, one of creating new brands. Women are going out there and saying, ‘We can’t find the kind of products in fashion that we want so we are going to create them,’” she explained.

Zargarpur was living in New York and working in the fashion industry during the 9/11 attacks. She began to cover her hair after that time and said it was the lack of options that led her to establish her brand, which enjoys a wide following among the Muslim diaspora.

She also noted that the original inventor of the burkini — Aheda Zanetti — has many non-Muslims clients such as British chef Nigella Lawson, plus women from other religions, lifeguards and skin cancer survivors.

WWD tracked down Zanetti, the Australian designer and businesswoman who came up with and trademarked Burquini and Burkini in 2004:

WWD: What are your thoughts on the burkini uproar in France?
Aheda Zanetti: I think it’s totally misunderstood. I feel so sorry for the people who are going to be affected by it. The burkini was intended to integrate and bring people together. To give them the freedom of choice to wear something modest if they choose to be modest for whatever reason they need to be modest for. It should be happy and positive. It is turning something meant to give women the freedom of participating in health and fitness into a negative thing.

WWD: How did you develop the burkini?
A.Z.: I have two daughters. We wanted them to participate in activities. I wanted them to be able to choose — that includes if they choose to wear a veil or hijab at all. And if they do so, that they would have something to wear without a second thought. It has to fit within our Australian lifestyle — which is surf, water, sun, beaches and bikinis. I wanted to blend in and not be identified as Muslim or non-Muslim. When I was growing up, we didn’t differentiate between Muslim or not, it was never a topic we discussed. I don’t want to be judged about that. I’m proud of being born in Lebanon; proud to be raised in Australia.

WWD: How do you feel that the brand name you coined is being used so widely in this context?
A.Z.: At the time I was trying to sell a new item and a new industry, a new lifestyle. I had to think of something away from the Islamic symbol, but I also wanted to be recognizable by my market and people. Then I was reading an article talking about women entering the water with their full burqas on. I looked up the meaning and it was essentially just black jackets, long coats that many Muslim women wear. I thought my swimsuit is like a burqa and it’s also two-piece, like a bikini is. So came the term burkini. But it’s just a word. It doesn’t symbolize Islam or a Muslim woman, and it certainly doesn’t symbolize terror. It symbolizes freedom, flexibility, comfort. It symbolizes health and fitness. That’s what it should be judged upon.

WWD: Who is your client base?
A.Z.: Sixty percent are Muslim women, the rest are non-Muslim or other, who want to cover up for many reasons.

WWD: Have you ever had any negative reactions to the swimwear at home in Australia?
A.Z.: We have had a few negative reactions. But I also have more of a support group now than I’ve ever had. I’ve become a voice of women’s rights now. Women have come together to say no one has a right to dictate what we choose to wear. We are not encouraging violence. I don’t even encourage face covering. I don’t agree with that. I agree with adapting to a lifestyle and culture within your morals. We had to adapt.

I think the French need to understand what a burkini swimsuit is and what it’s there for. They can’t take a lifestyle away from a Muslim woman or any woman for that matter. The cancer patients, for example. If you are going to take away the right for them to protect their skin from the sun, what are you trying to do? Put them back inside their home?