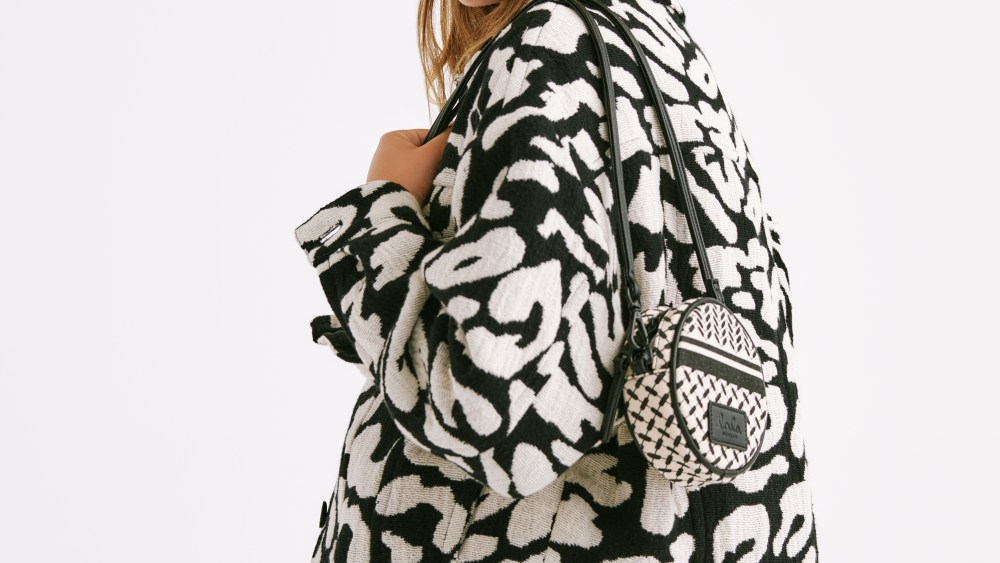 One of Berlin’s longest-running and most successful indie brands plans to expand into the U.S. market.

Lala Berlin was founded in 2004 and has coolly, quietly, held its own since then, including via a boutique in the center of the German capital.

The brand was founded by Leyla Piedayesh — Lala is a nickname — with her own collection of hand knits and later on, with unique prints inspired by her Middle Eastern background. Born in Iran, Piedayesh and her family moved to Germany in 1979 when she was a child, after the revolution that brought religious authorities into power there.

What started as a one-woman operation has developed into a multinational brand with a recognizable style — the original signature print was based on the pattern found on a traditional keffiyeh scarf — and around 260 stockists, mostly in Europe. The brand has been particularly successful in Scandinavia and in German-speaking countries.

Now, Piedayesh and chief executive officer Livia Lee, say they are ready to take on the U.S. market.

The brand started with what the pair call a “very quiet” soft launch in August this year, making online offerings in their web shop available to American customers. But they plan for physical products to be available in the U.S. in time for the winter 2023 season.

Both are heading to New York this week — the city is likely to become their base in the U.S. — and Lee says the final aspects of their launch strategy, including appointing sales agents, are being put in place now.

“Our ambitions are modest,” Lee told WWD. “We’re not about getting 100 or 1,000 doors. For the initial launch, we would like to have one or two majors and then some specialty retailers, too, to showcase the brand.”

Pop-up stores are also planned and the brand has 1 million euros in its marketing budget to make all that happen. The U.S. launch is being funded by the company’s own profits, the businesswomen said.

In 2021, Lala Berlin’s revenue totaled 10.5 million euros and earnings before interest and taxes have grown steadily, between 9 and 14 percent, over the past four years, despite the COVID-19 pandemic.

There have also been some changes in management, as the brand has brought international professionals into senior positions, who were formerly at the likes of Calvin Klein, Fendi, Gucci and Hugo Boss.

“All of these factors have supported the decision to introduce ourselves to this dream market. It feels like a natural progression for us,” Lee said. Eventually Lala Berlin, which designs in Berlin and produces in Italy, Turkey and China, would like to have U.S. customers making up between a third and half of its wholesale orders.

But how to bring that Berlin edge, the feeling that’s made the brand so popular in its hometown, Stateside?

Both businesswomen say what will be important is building relationships.

“It’s something Leyla is really good at,” Lee enthused. “She builds relationships with people who are passionate about the brand. Realistically we know that we won’t have those same kinds of relationships at first, but we do have a distinctive brand, we do have something to say.”

Lala Berlin’s direction arises from Piedayesh’s own background and how she grew up in Berlin, surrounded by culture and music, the designer herself explained.

The self-professed tomboy preferred more masculine dressing, but then, when she began attending red carpet and fashion events she had to start “dressing like a lady,” Piedayesh said, laughing. An exploration of her Iranian roots as well as her own personal journey means there’s more than a dash of the Bohemian thrown in. “You know, kaftans,” Piedayesh pointed toward the depths of the showroom.

On other racks in the brand’s Berlin’s headquarters, the keffiyeh scarf pattern that was there from the beginning has mutated and now features as a subtle pattern on leather bags, a distinctive border on cashmere scarves or on T-shirts.

Barely recognizable versions of the signature print swirl and glide in golds and greens across transparent, floaty dresses or morph to become a camouflage or animal print on coats and jackets. Prices start at around 100 euros for a T-shirt and go up to more than 700 euros for dresses and coats.

“Our eyes are wide open that the U.S. market is the most competitive market globally,” Lee conceded. But, she added, “when I came to work here, I had never heard of this brand before. Now I feel like it’s such a jewel, there’s something really special about it. Yes, it’s a profitable company with a very loyal following,” she said, “but it’s also a passion project.” And that, the pair suggested, is what they hope will bring them success in the U.S.