Giving Back at Dallas Market Center

Charitable programs by retailers and vendors will take center stage at the fall show, March 22 to 25. 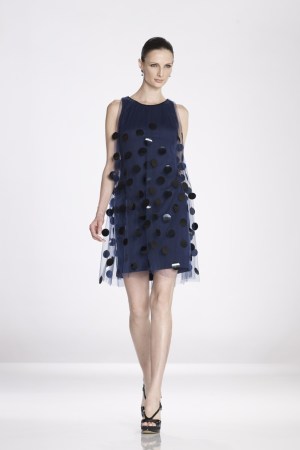 DALLAS — Charitable programs by retailers and vendors will take center stage at the Dallas Market Center’s fall show, March 22 to 25.

“We want March market in Dallas to be a place of inspiration — for fashion and for making a difference,” said Cindy Morris, chief operating officer.

A new shared showroom called “Adorn — Accessories for a Cause” launches on the 13th floor of the World Trade Center, and the DMC will honor two retailers for philanthropy at the “Inspired Event” cocktail party and fashion show on the show’s opening evening.

A. Dodson’s fashion and home shop in Suffolk, Va., and Brookshire’s Food & Pharmacy in Tyler, Tex., won the DMC’s second annual Next Big Give contest, which recognizes merchants who make extra efforts to support their communities.

Adorn will present six lines, from bags to bath products, including three by local companies: DeAnna Cochran, a designer with a namesake line based in Plano, Tex., donates 20 percent of profits from her reclaimed metal and leather jewelry to three charitable causes; Banner Theory here recycles old billboards into messenger bags and donates a percentage of sales to help female ex-convicts build successful lives, and Folksie, a locally based line of headbands, jewelry and clothing benefiting Girls Inc.

Elsewhere at the Mart, Kathy Hilton (as in Paris’ mom) will visit the DMC to promote the second season of her eveningwear collection, which is shown by Brad Hughes & Associates. Some of her looks also will be featured in the Thursday evening fashion show at the Inspired Event in the lobby of the World Trade Center.

Hughes will introduce Ashard Richley handbags by Ashley Burghardt, who won last month’s “24 Hour Catwalk” reality show competition on the Lifetime network. Her signature bag is a $225 leather envelope clutch that holds an iPad with pockets for keys and essentials.

The DMC has commissioned Gregor Simmons to give buyers guidance on key fall styles. Simmons, owner of her namesake New York buying office, will pinpoint bridge trends March 22 at 8:45 a.m., followed by highlights of the Scene juried temporary show at 4 p.m. She will also give an overview of contemporary fashions at 8:45 a.m. on March 23.