Gobé and Eisenberg on Social Media: Everyone Talks

The social media revolution means brandshave to communicate more than ever. 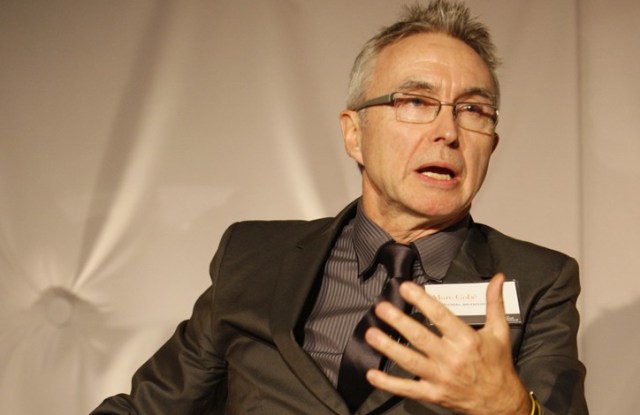 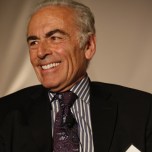 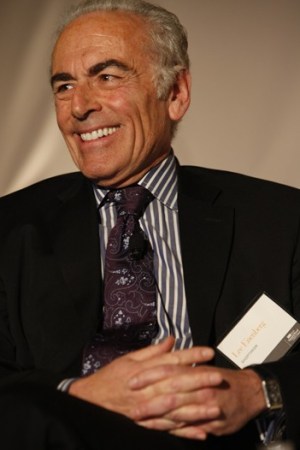 The mind-set of shoppers has changed and social media is a major factor in dictating the terms of that evolution.

That was the view of a pair of social media panelists — consultant and author Marc Gobé and author Lee Eisenberg.

“In 2001, people were in love with brands, and the purpose of my [first] book [“Emotional Branding”] was to help brands love people back,” Gobé said. “What happened over the last 10 years is that people are rejecting brands.

As shoppers, we used to be romantics but now we are classicists, meaning we look for value instead of style, said Eisenberg, former editor in chief of Esquire and former creative director for Lands’ End. His new book, “Shoptimism,” examines why we continue to buy.

“We’re all seeing what seem to be green shoots and there may be some grounds for shoptimism, but in between the world got turned upside down,” he said. That is partly attributable to the “incredible revolutionary onset of social media, which is shifting the power away from traditional marketing and advertising and is really empowering the consumer in many really very profound ways,” he said.

Social media is helpful for the classic shopper, who can get information online to make a rational decision about what to buy, Eisenberg said.

“You could argue it will all change back to romance once people’s houses come back in value, but I do think there’s a fundamental mind-set change,” he said.

If there’s a problem, it may be that brands are not interacting with the customer where she is — which is online, Gobé said. His new book, an update of “Emotional Branding” for the social-media era, is due out in January.

“The problem to me is not that people are not buying — it is that brands are not where people are,” he said. Eighty-five percent of all buying is influenced by women, and women are online. Of people active online, 55 percent are women, he said.

“It’s time to reconsider how we connect with women and the type of message we want to send them,” Gobé said. “And there is one thing that women want, which is to be listened to. It’s very simple. The tendency of brands is to talk at people, to be pushing information. They forget to listen for what people want. This is a big shift suddenly in marketing.”

Gobé cited Apple as a brand that engages consumers, unafraid of what they might say. There are pages on Apple’s Web site that are 60 percent criticism.

“If you want to get people engaged, they have to feel also they are being heard,” Gobé said. “I think that’s what needs to happen, particularly as it relates to women.”

Eisenberg cautioned that social media is not without risk.

“There is a lot of peril attached to social media if you’re a company,” he said. “And there are reasons to be afraid of it. When you open up the gates and you allow wearers of the Burberry scarf or anything else to post photos of themselves, suddenly you’re seeing a lot of photos of people that you don’t want associated with your brand. No, I’m serious. You don’t necessarily want it associated with the brand that all of your billions of dollars of traditional marketing has built.”

But rather than censor, the solution might be to lighten up a little. “If you were having more fun within the company, then maybe it’s not so terrible that there are people far from your target audience decked out in Burberry plaid online,” Eisenberg said. “But it’s a conundrum and a real challenge.”

“One thing we have to understand is we cannot control our message anymore,” Gobé said. He cited Coca-Cola, which has a Facebook page with more than three million fans. However, the page was created by two friends from California, not the company.

“That is something that is going to be very difficult for brands to let go, because brands want to control,” he said.

In addition to Apple, Zappos, Alexander McQueen and the vice chairman of General Motors, who, in the words of Gobé, “is fighting for his brands and fighting for his business,” were cited as positive examples of companies and people using social media to their advantage. The best example is President Obama, who “became the best-known brand in the world” partly through his use of social media, Gobé said.

“The opportunity to leverage social media is not expensive,” he said. “This is something that a lot of brands that are already successful need to investigate because it can have a huge impact on the future of your business and how your business is going to be shared.”

But before rushing online, brands should first ask themselves what they want to be online and what message they want to convey.

“Don’t do it before you change your culture,” Gobé said. “Because branding online is not something you can delegate to other people.” Management must be online, must be engaged and must be on Twitter.

“You have to understand what will be the role of your culture in there, because on the other side people want to know more about who you are. They want more transparency and, in the case of Zappos, they want to know how you have fun,” Gobé said. “Because people want to do business with the type of cultures and businesses that have fun.”