After opening its first freestanding store outside the U.S. this year, the brand is accelerating its global retail push. 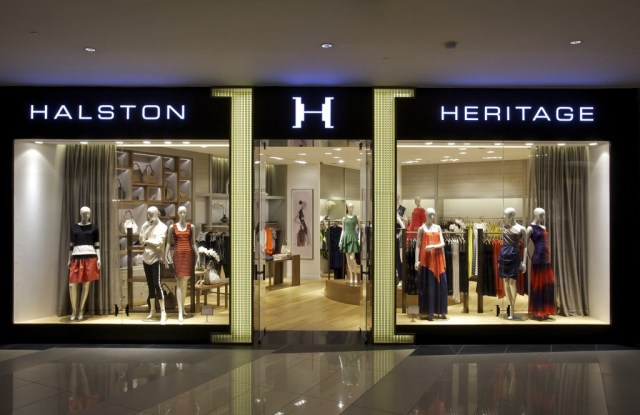 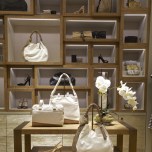 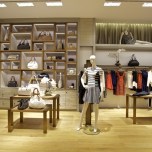 After opening its first freestanding store outside the U.S. this year at The Avenues in Kuwait and 13 international in-store shops spread across the U.K., Mexico, Canada and the Philippines, the brand is accelerating its global retail push. It anticipates at least nine freestanding stores will open next year in countries including Thailand, Mexico, Singapore, Jordan, Malaysia, Saudi Arabia, Indonesia and the United Arab Emirates.

“For this coming year, our expansion is quite aggressive,” said Ben Malka, the former president of the BCBG Max Azria Group who took over Halston as chairman and chief executive officer in 2011. He noted Halston Heritage currently has six international partners that it works with to grow retail and wholesale abroad.

Malka envisioned Halston Heritage, which will have 11 freestanding stores and four in-store shops in the U.S. by the end of this month, building an international presence from his first day on the job. He emphasized the key to spreading Halston Heritage outside the U.S. is being very clear about what the brand stands for and looks like. “If you start adapting the concept of your brand to all these different markets, it gets complicated because you start losing the essence of your brand,” he said.

The design of the international stores is quite similar to the design of stores in the U.S. Elements found in American stores — for example, exterior facades rimmed with Halston Heritage’s signature double “H,” and central platforms with mannequins and floating shelves in the interior — are replicated globally. Ranging from 1,200 to 2,200 square feet, however, the international stores are a tad smaller than their U.S. counterparts.

In addition to retail, Halston Heritage has built an extensive wholesale network abroad across more than 40 countries. About 200 of its total 400 wholesale doors worldwide are outside the U.S. Among the international retailers that Halston Heritage is wholesaling to are Saks Fifth Avenue in Mexico, Vakko in Turkey, Brown Thomas in Ireland and Brian & Barry in Italy.

Malka described the reception Halston Heritage is getting outside the U.S. as favorable. In the Middle East, he said, “there’s enormous interest in the brand” and in London, where the brand is carried at Harvey Nichols and Harrods, he said Halston Heritage “has been growing and performing every single month better and better. It’s great especially with the economy being difficult there.”

Halston Heritage is just at the beginning stages of its growth abroad, and Malka has identified many other countries it can enter. Listing a few of the countries that might get Halston Heritage stores in the future, he mentioned South Korea, Japan, China, Russia, Australia, India and nations throughout South America. “In emerging markets, they really want to be a part of heritage brands,” said Malka.

Asked about whether international revenues could ever amount to 50 percent of Halston Heritage’s business, Malka indicated it was too early to tell. “I can’t say because once the brand is starting to get mature in its distribution, the department stores and retailers in the U.S. can do a lot of volume,” he said. “My plan is to seed it and let it grow, and we will see as the time comes.”