Hickey Freeman Ties Up With NBC

The network's entire male sportscasting team will sport customized wardrobes from the brand for their on-air appearances during the Olympic Games in London. 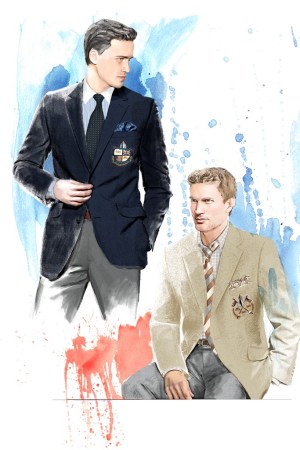 Joseph Abboud’s relationship with the Olympic Games goes back to 1988, when he outfitted NBC’s Bryant Gumbel for the network broadcast.

Abboud said HMX recently established a relationship with NBC, dressing Bob Costas and other sportscasters for “Sunday Night Football,” and the association grew from there.

Each of the Olympics broadcasters, including Costas, Matt Lauer, Pat O’Brien, Al Michaels and Jimmy Fallon, will sport customized wardrobes for their on-air appearances. “We don’t do clothes off the rack,” Abboud said. “We don’t just give them a bunch of boxes and tell them to see what works. Our goal is to make them all look comfortable in their clothes.”

Costas weighed in: “Joe instinctively knows how to create a distinct style that works for the individual rather than impose some notion of fashion upon you. He understands the people he designs for and the circumstances for which they are dressing.”

For the opening ceremony, Hickey is producing a slim-fitting navy blazer with a custom-designed crest that incorporates the logos of NBC, the Olympics and Hickey Freeman. For tennis tournaments, parchment colored blazers with crests will be worn. “These are not the old Howard Cosell ABC ‘Wide World of Sports’ mustard blazers,” Abboud said. “We made them in great British fabrics in our factory in Rochester, N.Y. They’re heirloom pieces.”