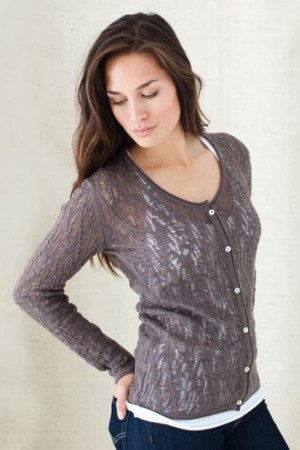 With the market here set for Thursday through Aug. 15, specialty retailers are putting more emphasis on bridge and the upper end of contemporary after scaling down prices during the recession.

“My better stores said they are tired of selling cheap stuff and their customer is getting tired of buying cheap stuff,” said Brad Ritz, owner of Ritz Group, which shows Cynthia Steffe, Tracy Reese and other fashion labels. “It’s still the minority, a more finite customer, but I think we’ll keep pushing forward there.”

In what remains a challenging sales environment, “bridge and the high end of contemporary is where people are spending money,” said Gregor Simmons, owner of her namesake buying office in New York. She is bullish about growth in bridge, citing strong collections by Helios & Luna, Jon, Luisa Cerano, Laurel, Natorious, Ambiente, Weill and Lafayette 148, which she dubbed the category’s “anchor.”

Bridge appeals to image-conscious women who often prefer to buy coordinating pieces from the same label, she said.

“We’re going through a flux generationally and physically with body types,” Simmons added. “Even girls who have had two babies and are in good shape are not wearing jeans cut down to their crotch now.”

Inexpensive trendy tops and dresses continue to sell, while the moderate-to-better misses’ segment is struggling the most, she said.

The key retail price is $600 or less, although shoppers will pay more for fur and leather, Simmons said. Sales of special, novelty pieces are far outpacing basics.

“One of my wonderful higher-end stores just bought some of my real python and crocodile [handbags], and they haven’t for a while,” said Iris Topletz, who shows Francesco Biasia and other accessories lines at her showroom, Iris T. “And I’m bringing in more leather now instead of faux leathers. There are so many inexpensive lines out there that you really have to have a purpose and a distinctive look.”

Sales rep Carol Moore has seen less price resistance and is doing well with Jimmie Joy Jewels, a sterling and semiprecious line that wholesales from $45 to $640, and elaborate hair accessories by France Luxe that wholesale for as much as $225.

“The retailer is buying luxe again,” Moore said. “Those people who have money have adjusted and feel a little more confident.”

Several of the labels making their debut in Dallas are priced at the higher end of this market.

Ritz is introducing Hunter Dixon, a contemporary line with a southern penchant for color and detail, and Lundstrom, a modern revamp of the veteran Linda Lundstrom bridge collection from Toronto. He’s also presenting Oryany detailed leather handbags that retail from $225 to $425.

The Ferrell and Kramer showroom has signed Diktons, a knit-centric collection of sportswear and dresses from Barcelona. Its spring line is a vision in white along with some colorful swirl prints. Wholesale prices average $120 for tops and $75 for bottoms. Diktons distributes to 30 countries.

Knitwear by Indigenous Designs will make its Dallas debut at Moxiefashions. Founded in 1994 in Santa Rosa, Calif., Indigenous was one of the first apparel manufacturers to model its business on social and environmental accountability. Its cardigans, wraps and Ts are handmade of organic cotton by knitting cooperatives in some of the poorest regions of South America. Most looks wholesale from $22 to $48. Jackets cost as much as $74.

Some reps expressed concern that Dallas retail traffic and vendors might be affected by the timing of the MAGIC trade show, which starts Aug. 17 in Las Vegas. In addition, the Los Angeles market ends on Wednesday, making it hard for some resources to ship samples in time for the Dallas show. But the DMC said hotel bookings through its travel agency are strong and comparable to 2008, and the two temporary shows are full, with 32 booths at Scene and more than 140 at Temporaries on the 12th floor.

The DMC plans to entertain clients on the first day of the show with a boardwalk-themed cocktail party featuring informal modeling at 6:30 p.m. in the lobby of the World Trade Center. In a nod to its growing number of prom resources and buyers, the venue will throw a prom party at 6 p.m. on Aug. 14 in the Kim Dawson Runway Cafe on the 14th floor. In addition, buyers are invited to a beer fest among western exhibitors on the 12th floor from 5:30 to 7:30 p.m. on Aug. 14.