At Intermezzo at Piers 92/94, holiday sportswear, knitwear, dresses and fur, as well as immediates for fall, were high on retailers’ shopping lists. 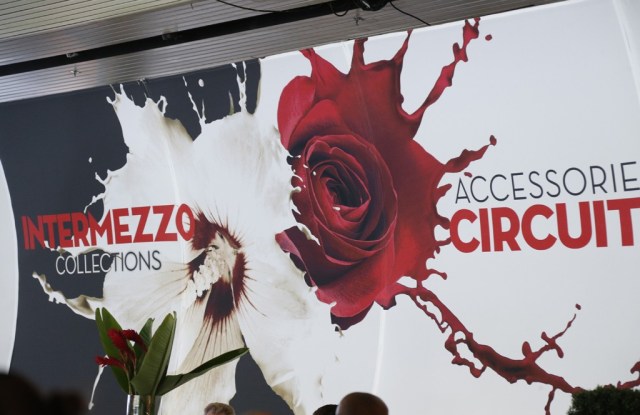 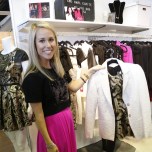 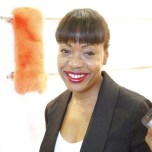 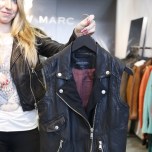 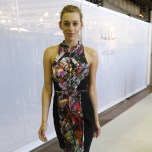 NEW YORK — Traffic was busy at Intermezzo at Piers 92/94 here. Holiday sportswear, knitwear, dresses and fur, as well as immediates for fall, were high on retailers’ shopping lists.

“People are getting back into wearing dresses. People are throwing events at their houses and are getting dressed up. ‘Gatsby’ will trickle down. I’m into that mood,” said Haghani. He’s also excited about knit dresses. “Sexy young girls in their late 20s never had it. To them it feels new,” he said.

He was also looking for interesting uses of fur. “We’ve had leather and now I’m looking for fur.” He was seeking fur stoles and anything that has texture.

Melissa Murdoch, buyer for Sandpiper, a women’s specialty store in Atlanta, said she was most interested in finding collections that had great color. “The South likes color,” she said. Murdoch was looking for pretty silhouettes and embellishments. “We love Milly and their new fashion direction,” she said. “We also love Minnie Rose,” said Murdoch, who particularly liked the new stripes being shown in knitwear. What she likes about Minnie Rose is “18-year-olds can wear it, and 80-year-olds can wear it,” she said. Other items she was buying were printed pants from Twelfth Street by Cynthia Vincent, and Rebecca Taylor dresses and her “feminine” blouses. She said she picked up a new denim line called MiH Jeans. “It was more than a denim collection. They had great shirts and weekend things,” she said.

“We’re looking for sweaters,” said Holly Green, owner of Infinity, which has units on the Upper East Side of Manhattan and in Cedarhurst, N.Y. She said Autumn Cashmere looked good, and she was buying “great hoodies” from Sweet Romeo. She also liked the sweaters and tops she saw at Central Park West. Among the key trends she was seeing were patches, leather and zippers. “You don’t have to be Einstein to figure that out. Skulls are still big,” she added.

Gary Goldstein, owner of Lonny’s, which has five stores in the Tristate area, said there are too many trade shows and you come out of guilt. “For my friends who have stores out of town, they don’t even come,” he said. He said he’s seeing the same things at Intermezzo that he saw a few weeks ago at Fashion Coterie. “Everyone is showing the same thing, and if they didn’t have it, they’re adding it,” he said. Among his favorite lines at the show were Minnie Rose, Parker and Bailey 44. He noted that colored jeans have stopped selling at his store, although he thinks they may pick up again when the weather gets warmer. For now, he’s bringing in distressed denim. The denim lines he buys at Intermezzo are Citizens of Humanity and J Brand.

Courtney Quinn, merchandising director at The Doneger Group, said she saw a lot of Neoprene mixed with leather and structured lace at the show. “It looks great and gives a luxe update,” said Quinn. She said she saw a lot of things that were elevated, such as T-shirts and track pants, and especially athletic references in fancy fabrics for holiday. “We call it tough sport,” she said.

Among the vendors, designer Tracy Reese was greeting people at her booth, after running over to bring some late samples. “People are going for classic frock dresses,” she said, citing full skirts and fitted bodices. She was also doing well with Neoprene body-conscious dresses with detail. “The stores are going for color. Coats have been really strong for holiday,” she added.

Lisa Shaller-Goldberg, owner of Minnie Rose, said she was having success with its velour swag suit, a new anorak where the sleeves zip off, color-blocked bathrobes and mink travel neck pillows. “Our pants are doing amazing,” said Shaller-Goldberg, as well as the Slim Suit she launched at the last Fashion Coterie. “Some stores are on their third reorder with it,” she said.

Ramy Sharp, president of Ramy Brook LLC, said her company was selling sexy silk tops. “People come to us for them,” she said. She also was doing well with her cropped pants, which launched this spring. “They’re in Saks right now.” She said she was excited about her holiday collection. “It’s all about a party,” she said, pointing to her party tops and dresses.

Andrew Marc was showing its new leather sportswear at Intermezzo. The line, which includes shorts, dresses, pants, tops, leather shells and motorcycle vests, wholesales from $148 to $298.

Avenue Montaigne, known for its pants, introduced dresses at the show. Wholesaling for $110 and $125, the solid-color dresses are made of the same stretch poly-viscose as the pants and come in 14 colors and two versions: sleeveless and three-quarter sleeves. Avenue Montaigne is also offering brocade pants for $190, wholesale.

Hunter Bell, a finalist on NBC’s “Fashion Star,” was showing her collection at Intermezzo. On the show earlier this month, she got a $200,000 bid from Saks Fifth Avenue and a $200,000 bid from Express. She said the show wraps up May 10 and viewers will find out how she did. “It was the hardest job I’ve ever done,” said Bell. Often she’d only have 12 hours to make a new look. For the finale, she’s showing a minimum of 25 looks. “I almost closed my business last year, so this was the right moment for me,” said Bell, about her eight-year-old business. Her line, called Hunter Dixon by Hunter Bell, includes casual sportswear, party dresses, tops and bottoms. “My biggest takeaway was learning about my aesthetic and growing as a designer and being in a room with other creative types. It forced me to understand who I am as a designer.”