Some vendors at Intermezzo said they found the traffic slow and that a lot of out-of-town stores skipped this edition, while others were pleased with it. 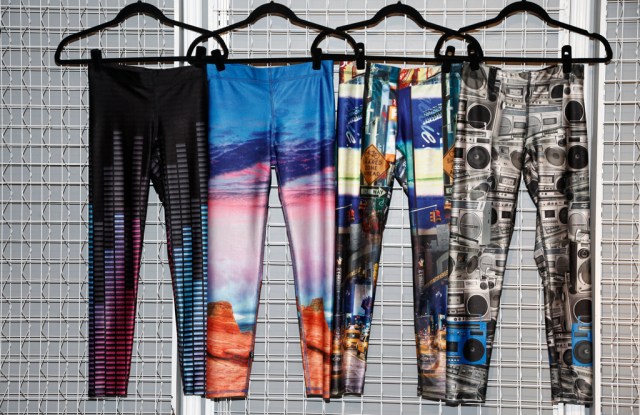 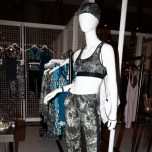 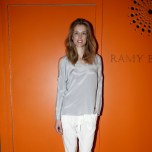 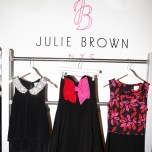 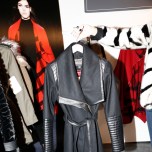 Some vendors said they found the traffic slow and that a lot of out-of-town stores skipped this edition, while others said they were pleased with traffic, especially Monday and Tuesday, and opened a lot of new specialty stores, while also seeing current accounts. Retailers said they were able to get a slight jump on holiday and resort, but mostly what they were buying were fall merchandise and immediates.

“The show has been spotty. A lot of customers haven’t been able to sell their spring lines. There was so much snow for three months. The retailers don’t want to leave their stores, and the show was one week too early,” said Susie Greenstadt, owner of Susan Greenstadt & Associates, which runs a multiline showroom. Retailers are just getting done with their fall orders and aren’t ready to think about holiday and resort, she added.

“The good news is we’re getting reorders and people are starting to sell. The weather has delayed the opening of the season. It’s very hard for the manufacturers who have to do cutting tickets,” said Greenstadt. “We’re still playing catch-up.”

Randi Siegal, owner of Rapunzel’s Closet and Lil Rapunzel’s in Palm Beach, Fla., said she thought it was a great show and left a lot of orders.

Overall, she said the big trends were heather gray, soft and fuzzy and Lurex. Among the lines she bought were Joie, which she said had a really great resort delivery. She bought some short skirts, a silk tank with lip prints all over, “and some easy turtleneck pullover sweaters in soft, fuzzy material.”

She also liked Generation Love’s “going out” tops, which she said are hard to find. Some had sequins and some had leather details. She thought they would be great for holiday and resort. She noted that Minnie Rose had a strong delivery with a color palette of grays, tans, soft blues and coral. “Their sweaters are versatile, good for day and night,” she said. She also liked Sundry’s gold and silver foil prints on their tops and sweats and their velour sweats, as well as Ella Moss and Splendid, which she said showed a lot of lace and lace prints, as well as Lurex throughout their tops. They had some fun skirts, she added.

Kim Kelley, manager of Out of the Blue Clothing, a boutique in Mt. Kisco, N.Y., said she was shopping the show for basics and immediates. She was searching for T-shirts, tanks and denim. She was buying items from vendors such as Velvet and Michael Stars. Even though they’re selling more straight-leg denim, they were trying some flares. “Denim is still fantastic, we’re a big denim store,” she said, citing brands they carry such as AG, Citizens of Humanity, Hudson and J Brand.

The active area of the show, called Flex@Intermezzo, appeared to be doing brisk business, and vendors there said they had worked with a lot of specialty stores. Lauren Morris, director of sales at Zara Terez, said she worked with Saks Fifth Avenue on Wednesday morning at the show. She sells to stores such as Bloomingdale’s, Carbon 38, Bandier and Olive & Bette’s, in addition to yoga and spin studios. “It’s getting more contemporary,” she said. For fall, the collection is launching French terry sweat suits in prints. For holiday, they are offering printed leggings in Christmas, fringe and multiglitter designs. They are also shipping bra tops for the first time this month, and doing bags for women. The prints are designed by Zara Terez, founder and chief executive officer.

At Prismsport, the company did well at the show with its track pants. They also redesigned their bra top and added another bra to the collection. “We’ve gotten the best reaction to our fall prints. The white and black print [marble] is our number-one print,” said Jenna Carey, who handles sales. “We opened new accounts and had a lot of interest from our current accounts. Anything animal related continues to be strong.”

Jody Faro, sales executive at Bagatelle, which has the license for Badgley Mischka outerwear, said traffic had been slow at the show. “Not too many specialty stores came. We did OK. I’d like to see 100 more stores. But we opened some new accounts, and hopefully they have decent credit.”

She said she was doing well with Badgley Mischka’s lambskins, leathers, silver fox and rex rabbit, wholesaling from $169 to $850. She also offers another line called Belle Badgley Mischka. “The fun fashion fur pieces have been good,” she said.

Melissa Dench, senior vice president of sales at Bailey 44, said she had a strong show. The company did well with elevated dressy tops with lace and real leather trim on drapy tops. She also sold a lot of the cold shoulder dress. “They love the trim element. We had a really busy show. We saw all our specialty stores,” said Dench. She said prices are a little bit higher for holiday, “but we have gotten zero price resistance.” Her bestseller was a ruched jersey dress with lace embellishment and lace yoke wholesaling for $99. “It’s on everyone’s order,” she said.

Linda Richards Design, which moved to the contemporary area at the show, said they were doing well with knit ponchos, reversible silk and fox jackets, as well as their hats, according to Gabriella Bontesta, account executive. The showstopper? A leopard-print jacket with leather detail, wholesaling for $738.

Julie Brown Designs, a New York-based ready-to-wear firm was selling a lot of jackets and dresses for holiday. Jenna Elliott, vice president, described it as very ladylike, with embellished pieces. “Our numbers are OK. We didn’t see a lot of people that we expected to see. I don’t think they came. We have reps all over the country so we will visit them,” she said. The line wholesales from $62 to $90.