ENK International’s Intermezzo show may have been smaller than previous editions — with about 345 collections on display. 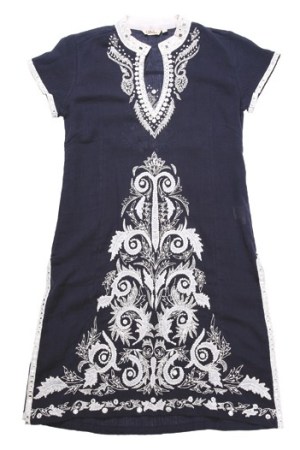 ENK International’s Intermezzo show, which ended its three-day run on Tuesday, may have been smaller than previous editions — with about 345 collections on display — but there were still plenty of new brands and trends from which to choose.

Overall, exhibitors said the show was slower than in past markets — one sales director from the L’Atelier showroom in New York, Samantha Schwartz, said she had four retailers not show up for their Monday appointments.

“I don’t know if they decided not to come to the show or what,” she said. “But Coterie isn’t so far away, so I’m sure a lot of people decided to wait.” That said, the retailers Schwartz did see were picking up fewer immediates and more holiday items from her lines, which included Susana Monaco, Monrow, Milly and Three Dots.

“People are waiting to see how fall sells before they stock more immediates,” she said. “We will have a better indication of how things are selling in the next four to six weeks.”

Sulu Grant, owner and designer of Sulu Collection in Westport, Conn., said she decided to show at Intermezzo for the first time this season and was seeing strong demand. She said she was picking up a lot of new stores, which were gravitating toward her beaded tunics that wholesale from $85 to $150.

“We’ve seen a lot of stores from St. Barth’s, Nantucket, Nevis, Palm Beach,” she said. “I’m surprised they all came, but it’s been great for my business.”

At the Kensie Denim booth, account executive Melinda Rogers said buyers were gravitating toward the clean skinny jeans, fitted denim tube dress, romper, motorcycle jeans and skinny sailor jeans, all of which wholesale from $26 to $48.