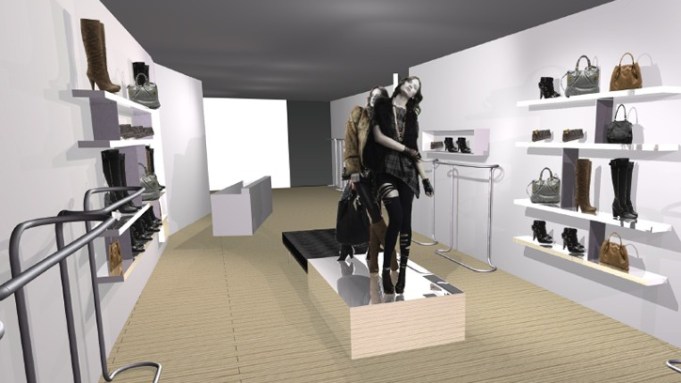 Intermix is evolving with the times.

The 23-unit national specialty store retailer — known best for its extensive mix of both established and emerging designer brands including Stella McCartney, Elizabeth and James, Balmain, J Brand, ALC by Andrea Lieberman, Chloé, Rag & Bone and Proenza Schouler — has entered 2010 with a new buying and merchandising strategy and several other developments.

These moves — including everything from shutting several under-performing units (Charlotte, N.C., closed this week and Orlando, Fla., shuttered a few months ago) to launching a redesigned, more sophisticated logo and new store environment — come after a rough few years in the retail arena. With that said, Khajak Keledjian, chief executive officer and co-founder of Intermix, said he has seen single-digit comp-store sales increases year after year, even during the recession. He claims this is because of Intermix’s unusual “mom-and-pop feeling” in each of the stores, where customers feel as though they are shopping in an environment which is unique to their specific neighborhood, allowing them to purchase special, not mass-produced, items.

But with the drastic change in the consumer landscape, Keledjian admitted the company had to make some changes in order to keep up with new buying patterns and consumer expectations.

“After 16 years in business, we have decided to take a look at how we can improve going forward without completely changing what we have become,” said Keledjian. “There are many new challenges ahead, but with the way we are structured, we have the ability to change quickly.”

To begin with, Keledjian has hired the company’s first chief financial officer. Steve Feldman, who was the cfo at Barneys New York for the past 13 years, started this week at Intermix. During his time at Barneys, Feldman had a key role in growing the retailer’s store count from 15 in 1999 to 41 in 2009.

“We’ve been looking for a cfo for over a year now, and I really believe that Steve is a great fit for us,” Keledjian said. “He understands the complexity of this business and he has seen where Barneys has failed and where they have been successful.”

In addition to bringing in Feldman, Keledjian has promoted Sari Sloane to fashion director from her previous role as fashion merchandiser and director. Sloane is spearheading a new buying process for the retailer. Basically, Sloane said, Intermix has scaled back on what it buys from each designer. This in turn will give the stores a more edited mix of merchandise without the overly crowded racks that used to exist at the chain.

“Instead of buying A, B and C from one vendor, we really try to concentrate only on the As and Bs,” she explained. “We’ve been working with designers on providing us with more exclusives and overall, the stores will have a clear, visible point of view with a more articulate mix of merchandise.”

Sloane said Intermix hasn’t eliminated any one designer (the retailer carries up to 300 vendors in one season), but the merchandise is being distributed differently among the 23 stores across the country to make sure each location has a unique mix. To further understand the consumer, the retailer has also begun holding regular focus groups in the markets it is in.

“These focus groups have really helped us to understand the mentality and changing lifestyles of these consumers,” Keledjian said. “It’s helped us to determine which products will work in those particular stores. Also, we have learned that it’s not about the number of sku’s you have in a particular store, it’s about being more specific in the sku’s that are in there. We are being much more focused with what we buy and buying deeper into the collections.”

Keledjian said the focus groups helped the firm recognize the need for an overhaul in the store environments. It brought in Matt Black Studio to work on the stores’ visual direction. Beginning this month, each Intermix store will be redesigned, highlighted with a more sophisticated logo and toned down colors. The stores used to be filled with bright pink accents — on bags, wall art and in the logo. Now, the logo is gray, in a more subtle font. The bright pink is still visible on interiors of shopping bags, but in a more toned-down manner.

While the stores used to have what seemed like miles of racks of clothes lining the walls, the new racks are smaller and will hold less merchandise. Also, designated accessory shelving has been designed in order to make handbags, shoes and jewelry easily accessible to the customer. Before, many accessories were situated on shelves over the clothing racks, making it hard for people to reach.

To add to the new environment, the company brought in Michael Smith from Playlist Generation, who has been working on adding new music for the stores. The music will have a higher level of sophistication, where previously it was mostly a playlist from the top 40, played at various sound levels and inconsistent tones throughout the boutiques. The new remote system will allow each store to tweak their music since it has been adapted by region.

To help market the new Intermix, the company has hired Orphan, a New York-based creative agency founded by Panos Galanopoulos and Claudia Wu. During its two years in business, Orphan has worked on creative direction, branding and design projects for a variety of fashion, beauty and lifestyle companies including Thakoon, Charlotte Ronson, Hugo Boss, Avon and Sephora. Last year, Orphan launched Intermix’s first ad campaign. For 2010, it has created a new, larger campaign which introduces the new logo. Photographed by Chad Pitman, the ads feature up-and-coming model Mak, dressed in some of Intermix’s spring offerings. But, continuing the “mixed” concept for the brand, the images use multiple colors, line weights and an art element to communicate the playfulness and light-hearted attitude the retailer is looking to get across. The spring campaign is an evolution from the previous season, steering clear of using straight photography in favor of a more stylized, artistic mix of photo and art.

The ads are set to appear in The New York Times, Interview, Malibu magazine, Miami magazine, Ocean Drive and V beginning later this month. They will also appear on taxi tops in New York.

While Keledjian stressed he’s not looking to open many new stores in 2010, he said he does have his eye on certain locations as they become available. If he finds a good location in a market the company is not already in, he said he would certainly consider opening there. Even though he just closed two of his locations, he is already planning to open an Intermix in Troy, Mich., in May and said there are a few other new stores in the pipeline.

“It’s not about drastically growing our number of stores, but it’s important that we don’t wait for the economy to turn around to go after new opportunities,” he said. “We have various challenges ahead, but if we are positioned correctly these challenges can end up being good for us.”