With buyers shopping closer to season, the June show at FashionCenterDallas has become a full-blown fall frenzy. 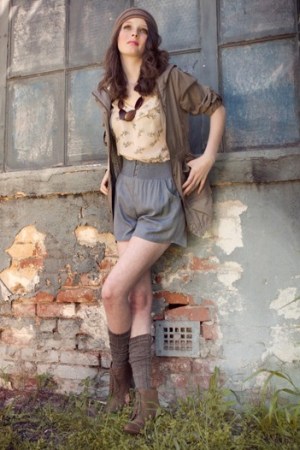 DALLAS — A few years ago, the June show at FashionCenterDallas was considered a holiday market that retailers cherry-picked for fancy dress clothing and gifts. Not anymore. Now, with buyers — like consumers — shopping much closer to season, this period, June 3 to 6, at the Dallas Market Center, has become a full-blown fall frenzy.

“This is really where we are planning on writing the bulk of our fall business,” said Jamie Garrott, whose Colletta showroom represents Voom by Joy Han and other contemporary labels. “In March, we were still writing a lot of spring II and summer business, so everybody is writing so much closer to season to stay on top of trends.”

“Many lines didn’t even have fall to show in March,” noted Vicki Kutner, referring to the novelty misses’ labels in her namesake showroom. “Over 50 percent of my orders are immediate. It shocks me.”

The desire for immediates is helping American manufacturers.

“Prices are going up so tremendously in Asia that it’s making the costs of domestic manufacturing more feasible with the need for faster turnaround,” said Rosanne Saginaw, who represents accessories at her namesake showroom. “The folks who are responsive in Asia are flying the goods in and that’s extremely expensive, so it makes the U.S. more competitive.”

Marty Leon, who shows Mavi Jeans, Fluxus and other contemporary labels at Leon & Associates, isn’t even going to hang looks for holiday and resort.

“Some of my manufacturers asked if I wanted November and December deliveries, and I said, ‘No, let me focus on fall and get those orders,’” he noted. “Normally it would have been a holiday market.”

“We had the best market we had in about three years in March — we’re back to ’08 [levels] because the quality of stores was great,” he said. “They came, and they bought fall. Many retailers coming in June did not travel in March and will buy fall and holiday.”

Leon and other reps have turned to the Internet to meet the growing demand for immediate shipments and replenishment between markets.

Margo Bryan, owner of Margo’s Collectibles accessories showroom, sends a weekly e-mail informing retail accounts of fashion accessories that can be shipped that day, and she’s trying to convince all 15 of the labels she represents to participate.

“The ones that do it have noticed that it works,” Bryan said, citing Mary Frances handbags. “It doesn’t replace market — it’s an expansion of it. The buyer still likes to see the product in person, but it’s for the quick-access, immediate fill-in. The Web was coming anyway, but the recession has really kicked it into a 100-yard dash to streamline budgets.”

Spring business has been spotty among the independent retailers that are the bedrock of this market, according to sales reps. Though bookings this year have generally exceeded 2010’s, they are not sure what to expect at the upcoming show. Some are concerned about price increases generated by jumps in cotton, petroleum and labor.

“We’ve warned everybody to expect up to a 25 percent increase in prices,” said Sue Ritzman, sales manager at Rita Harris, which features pajamas, loungewear and lingerie, including Claire Pettibone. “They can get a mark-up, just not as much as they did before.”

Some of the best-performing merchants are in communities lacking upscale chains, reps pointed out.

“Retailers in smaller and midsize cities like Lubbock seem to be faring better,” observed Brad Ritz, owner of Ritz Group. “If you go to Oklahoma City, what big chain will be there? There’s no Saks, no Neiman’s and no major mall like you have in Dallas, Houston or Atlanta.”