Polo a Go-Go at Johnnie-O

The brand with the little surfer dude as its logo is starting to make waves on the men’s apparel scene. 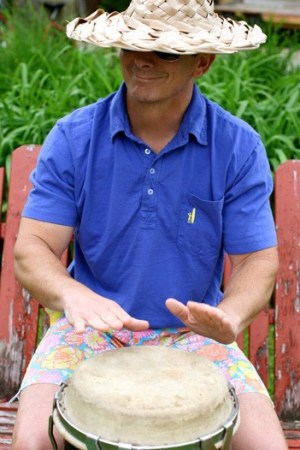 Johnnie-O is popping up all over. From the boutique that drew shoppers to Lexington Avenue and 47th Street in June to the concept shop planned for Darien Sport Shop in August, the brand with the little surfer dude as its logo is starting to make waves on the men’s apparel scene.

The label was founded by John O’Donnell, who grew up in a conservative household in suburban Illinois, far away from the sand and the sea. O’Donnell, whose brother is the actor Chris O’Donnell of NCIS Los Angeles fame, doesn’t have the typical fashion industry pedigree.

An avid golfer since the age of 12, O’Donnell played on the golf team at UCLA, where he majored in history and business. He continued to play after college, and participated in five USGA events as a top-ranked amateur. Eventually, he merged his sports and business backgrounds by joining Fox Sports Net Chicago to sell radio advertising. But the lure of the West Coast was strong and he returned to California working in the Los Angeles office of the Golf Channel before joining Merrill Corp., a financial printing firm.

“I grew up in a conservative neighborhood and was exposed to the whole country club, preppie world,” O’Donnell said. “But I went to college at UCLA and was right in the meat of Hollywood and surf city. It was an entirely different life: the food, the way they talked, everything. They went to the beach more, the guys wore flip-flops and boardshorts and had spiked surf hair, and they drove with their surfboards on their cars — it was the real deal.”

So O’Donnell, who was rapidly getting bored with the corporate lifestyle, began to think that there had to be other guys like him out there, those who would be attracted by what he called “West Coast prep.” Step one was to create a logo — “the West Coast version of a horse or a whale.” He settled on a silhouette of a guy standing on a beach holding a surfboard. Step two was to stick the logo on a polo shirt. He opted for a traditional silhouette in a washed, “old-school cotton” fabric. The final piece of the equation was to come up with a name — he went with Johnnie-O, his nickname.

He sold the product out of the back of his car and managed to get it into a few shops as well, and to his surprise, it sold. “I was in sales long enough to know when the fish are biting,” he said. “We don’t claim to have invented the polo shirt, but it’s like a chili cook-off, somebody has to win.”

Since that humble beginning, Johnnie-O has expanded into other shirt styles, as well as belts, hats, socks, sweatshirts, and specialty items, including all-weather shorts, the line’s signature “wedge” collar pique polo, as well as Johnnie-O GolfSkins, waterproof golf shorts. Sales this year will approach the $2 million mark.

“It was almost like a class project in the beginning,” he said with a laugh. “I was really like a fish out of water.”From the start, O’Donnell, who was cutting and pasting the shirts together himself, knew he needed to figure out how to make more product at a better price. He met a sourcing agent who helped him create the line’s first professionally manufactured pieces and O’Donnell headed to his old friends at the golf shops with his new collection of shirts.

“My first real surge was into golf stores, because I knew that world and it was low-hanging fruit,” he said. He convinced the stores to use the Johnnie-O merchandise to complement their core golf product.

That was followed by the entry into some more traditional specialty stores such as Darien Sport Shop in Darien, Conn., Johnnie-O’s biggest account, as well as Murray’s Toggery in Nantucket and Puritan Clothing on Cape Cod.

Gina Zangrillo, owner of Darien, said: “John has taken core items as simple as a polo shirt or a crewneck T and updated them with his own little twist. His ‘surfer dude’ logo really appeals to our customer, touching on classic yet casual…the East Coast meeting West Coast, or West Coast preppie as he says. It hits our sweet spot. There has been nothing like it in our customers’ closets. Everyone has had enough alligators, polo players and whales. John also chooses great knit fabrics with soft hands and a wide array of colors and he keeps his prices very competitive. We have had great success with the four-button polo, the crewneck Ts, and most recently, the performance mesh golf shirt. In spite of the fact that we are in sale mode, Johnnie-O’s sales are consistently high and we reorder weekly.”

In fact, she added, the store plans to install a pop-up shop for men and boys in August and will broaden the assortment further.

O’Donnell said Johnnie-O is now sold in around 25 states and he recently added a head of sales that had worked for Vineyard Vines to further increase business. The line will be shown at the MRket show in New York starting Sunday.

“We do a significant amount of business on the East Coast,” he said. “We’ve found there’s a huge appetite for an alternative — something that sends a different message. We’re trying to keep it hip and fun, but we don’t want to ‘overcool’ ourselves.”

That said, the line has shown up on celebrities including NFL quarterback Drew Brees, tennis legend Pete Sampras, baseball player Barry Zito, as well as actors Adrian Grenier, Luke Wilson, and, of course, his brother, Chris.

“Chris wears our stuff a lot, but really, he’s in our sweet spot. He’s a 41-year-old guy, active, has kids, loves his family, loves tradition. This is what he wears.”

The number-one seller for the company continues to be the four-button jersey cotton polo, which O’Donnell “likens to a T-shirt with a collar.” It retails for $59. Another popular recent addition is the Johnnie-O kids line.

The business has grown substantially over the past 12 months and has “exploded” in the last four as customers see more and more of the brand in the market. “We will double our sales this year,” he said, “but we know we have more wood to cut.”

In fact, O’Donnell admits that the company is having a hard time keeping up with the demand. “We’ve run out of cash,” he said. “We need more product but we’ve been caught with our pants down. The surge is bigger than we anticipated. We’re getting ready to raise more funds and we’ll spend 80 percent of it on making product.”

Even so, O’Donnell doesn’t expect to significantly increase his retail price. “We have a problem charging too much,” he said. “We want to be in upscale boutiques at a good price point.”

Although the distribution is limited to specialty stores right now, O’Donnell doesn’t dismiss the idea of eventually gaining a department store customer. “But we’re so small right now, we need to be a little more organized first.”

O’Donnell laughed: “People think we’re bigger than we actually are. It’s like our dirty little secret, but we’re making inroads.”

So what’s next? O’Donnell said he’s finally working with a professional design team and they’re creating swimwear and woven button-down shirts to add to the mix. Although the brand is primarily geared to warm weather merchandise, expect fleece pullovers and shell jackets for fall as well.

And sometime within the next year, O’Donnell expects to open a Johnnie-O shop in Southern California. The reaction to the pop-up shop in Manhattan that he opened for the month of June proved to him the power of retail.

“It did well and we’re intrigued by the concept,” he said. “I’d like to open something in Santa Monica maybe, a little Johnnie-O broom closet we can call home. I have some cool ideas, like the make-out booth [that doubled as a fitting room] that we had in the pop-up shop in New York. We like to poke fun at ourselves. That’s the deal.”