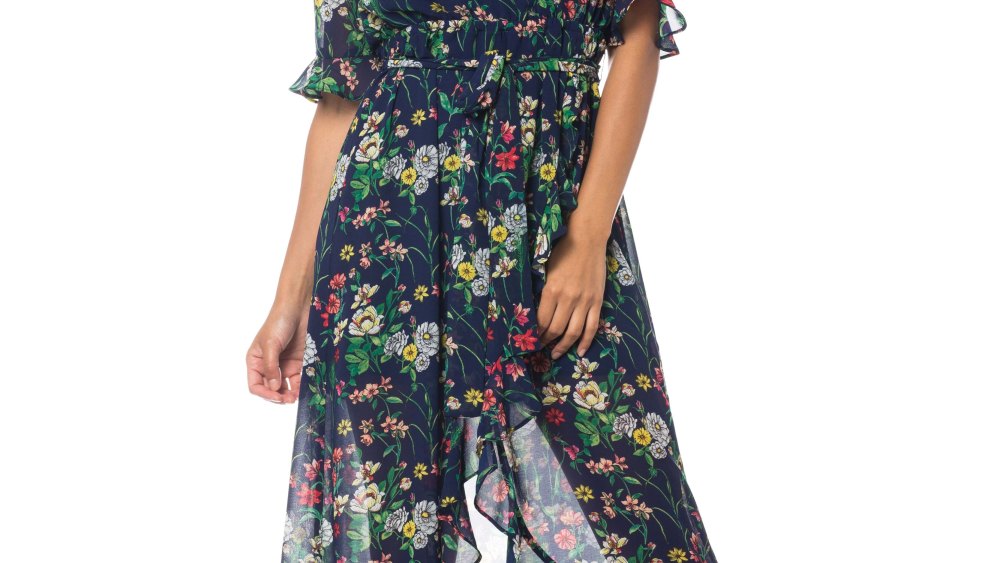 Jonathan Martin, the printed top and dresses resource that had its heyday in the Eighties and Nineties, is returning to the market for spring after a seven-year absence.

Owner Uri Harkham, who founded the line in Los Angeles in 1975, said he spies a need in the better women’s market for office-appropriate tops and dresses featuring custom prints and treatments. In addition, he has launched a high-end Italian silk line called Hark + Hammer that sells pieces for $200 to $300 direct to consumers online.

“People say, ‘What are you, nuts? There’s no customer,’ but when we launched Jonathan Martin in ’75, people also thought we were nuts. But we found our niche and it was really a privilege to be in this industry. I think it’s still relevant,” said Harkham.

Meant to retail in major department stores for $49 to $79, Jonathan Martin features monthly deliveries of flutter-sleeve tops and wrap dresses with details like front-and-back embroidery and custom print borders. Harkham said the line will be available in a plus-size range and that he hopes to re-create the partnerships he had with retailers such as Lane Bryant.

Apparel industry veteran Kenny Reitman has rejoined Harkham as president and partner; the two had previously worked together for 20 years. Syndi Min is heading the design team.

“I believe we can still serve the market, so this is why I’m coming back. The last seven years, I did only real estate, but for me Jonathan Martin was the best business in the world,” said Harkham, whose family-run company owns several hotels and residential buildings in downtown Los Angeles as well as the factory he purchased in 1979.

His success in the apparel industry allowed him to become a real estate player and philanthropist, and now those investments are allowing him to re-enter the industry he says is closest to his heart.

Said Harkham, “Financial entry into this business today is very difficult. We have the fashion know-how and the desire. At my age, it’s keeping me relevant. To survive you have to be on your toes.”