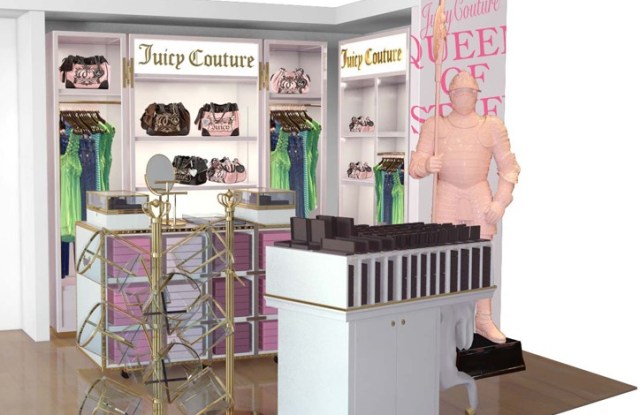 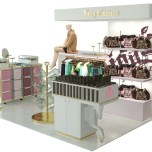 Juicy Couture is headed to the airport.

The fourth shop, which is planned for a spring launch, will be in the Athens Airport Duty Free area. This store will open with the help of the brand’s new partnership with Elmec Sport SA. The retail license and distribution agreement will allow the firm to retail all Juicy Couture collections, including apparel, accessories, footwear, children’s wear, intimates and jewelry in Greece, Romania and Bulgaria through freestanding stores and select specialty retailers. The wholesale operation with Elmec will begin with the spring collection. The three-year deal expires on March 31, 2014, with an option to renew for another three years.

The airport stores and Elmec partnership are all part of Juicy Couture’s plan to focus its growth on a global scale and turn into a multibillion-dollar business.

“We know that our customer is traveling and she’s in the airports,” said Ellen Rodriguez, senior vice president of global licensing and international at Juicy Couture. “Women are always wearing our tracksuits, especially to travel in. We just don’t think she’s being targeted by other retailers in these airports, so there’s a real opportunity there for us.”

The brand has developed a new airport store design concept to showcase the best of what Juicy is known for, as well as items that are geared toward travel. Tracksuits will be available in a multitude of colors, and there will also be easy last-minute gifting items such as jewelry, sunglasses, watches, charms, logo T-shirts, packaged baby socks, onesies and bibs. In addition, city-specific gifts will be available in the shops, such as a T-shirt graphic stating “Choose Miami” in the Miami airport location.

Inspired by co-founders Pamela Skaist-Levy and Gela Nash-Taylor’s love of travel and shopping, the stores are intended to entertain customers as they shop — with signature decorative items such as the life-size pink painted suit of armor that will be in the Miami airport.

Nash-Taylor said the stores are meant to be “feel-good places where you constantly discover little details that make you laugh.” The merchandising format will be flexible to allow for easy movement as new product flows in and out of the spaces. The stores will range in size from 200-square-foot corner spaces to full-size stand-alone boutiques. First-year sales projections weren’t disclosed.

“People have a lot of time to kill in airports,” Nash-Taylor said. “This is the perfect fit for Juicy and something I’ve wanted to see happen for a long time. It’s what Juicy should be. Whether a traveler wants to buy something to wear on the plane or bring a present home, this is a very big business opportunity for us.”

In addition to the airport initiative, the brand will be featured on board aircraft in catalogues. Juicy Couture jewelry appeared in the October issue of the United Airlines catalogue, and watches are in catalogues for Cathay Pacific and Dragonair. The watches will go into in-flight catalogues for Delta and U.S. Airways this month, United in January and Thai Airlines in December. Rodriguez said she hopes to expand the product categories in the catalogues.

Along with Juicy’s expansion in airports, the company plans to open about 15 more stores internationally and five domestically in 2010. A store in Mykonos, Greece is planned for spring and a unit in Riyadh, Saudi Arabia is on deck for the first quarter next year, among other locations. Before the end of 2009, two Dubai locations are planned, along with a shop-in-shop in Paris’ Galleries Lafayette and a Hong Kong store, among others. There are 93 Juicy stores around the world.