Transporting a megadesigner name into a major untapped market, Apax Partners is out to spark Karl mania in Greater China. 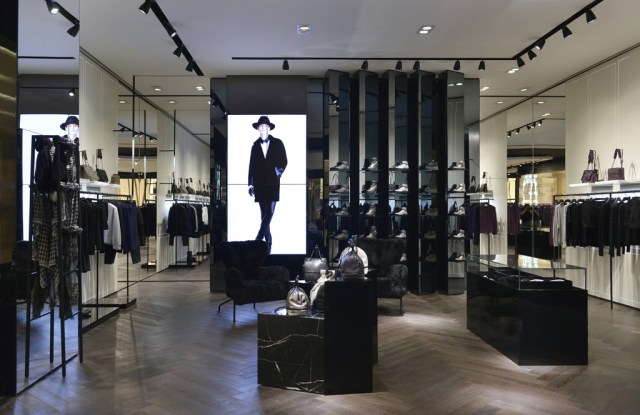 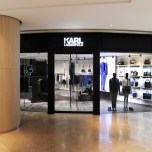 PARIS — Transporting a megadesigner name into a major untapped market, Apax Partners is out to spark Karl mania in Greater China.

This story first appeared in the September 5, 2013 issue of WWD. Subscribe Today.

The owner of the Karl Lagerfeld business just opened its first boutiques — a flagship location in Beijing and a more compact unit in Shanghai — the first volleys in a rollout that could see around 40 stores sprout over the next five years.

Disclosing the new strategic thrust in an exclusive interview, Lagerfeld chief executive officer Pier Paolo Righi said the company plans to capitalize on the German designer’s fame — fanned by his very visible work for Chanel and Fendi over decades — and tap into curiosity about his signature brand, which until now has been available only in a small selection of department stores.

“It’s great for the consumer to see the breadth of the Karl Lagerfeld world,” Righi said, citing a “very positive” initial reaction to the two mall-based units in China, which opened over the summer. The unit in Shanghai’s Jing An Kerry Centre spans 1,100 square feet, while the location in Beijing’s Charter Shopping Centre is 2,400 square feet and was feted with a celebrity-studded party attended by the likes of American actors Rachel Bilson and Hayden Christensen, model Du Juan and Chinese film stars Deng Chao and Bai Baihe.

“Our expectations for China are very high because what we also see is a new emerging consumer group,” Righi said. “There’s a younger luxury consumer, a young fashion consumer that is looking for not-so-established brands…not the brands their parents are wearing, but something new and fresh that gives them access to a luxury world but in an accessible way.”

Over the past six months, Righi has built up an in-house team of about 20 people in China to spearhead the expansion directly, with another four stores slated to open in the next six months, including a second location in Beijing.

Cai joined Lagerfeld from Burberry, where he was senior vice president in charge of the business in China. Cai also worked for 10 years at Louis Vuitton in Asia, as retail director and merchandising director. He holds an MBA from elite French school INSEAD.

“China has the potential to be the largest market for the brand,” Righi said. The company plans to initially target first-tier cities in China, planting multiple locations in those before heading out to the regions.

Assortments in the Chinese units are similar to Lagerfeld boutiques in Europe, spanning women’s and men’s ready-to-wear, leather goods, shoes, watches, eyewear and gift items — plus some special eveningwear and cocktail dresses, to meet high expectations for luxury.

“We will also be opening some accessories-focused stores in China as well,” Righi added, noting these would spotlight mainly handbags and shoes.

Eager to build a signature business to match Lagerfeld’s outsized personality and fashion reputation, Apax recently repositioned the brand and its rock ’n’ roll-flavored collections in the burgeoning masstige and contemporary price zones.

The company initiated its retail drive earlier this year, planting its first new-look stores — in graphic black and white, with lots of high-tech amenities — in Paris, Amsterdam and several cities in Germany.

Righi trumpeted the broad appeal of the brand across generations, noting that its two locations in the French capital — amidst luxury brands in the tony Saint-Germain-des-Prés neighborhood, and young, hipster boutiques in the trendy Marais district — are performing strongly.

Righi has said that the Lagerfeld business has the potential to grow to 100 locations worldwide.

He noted that Europe and China would be the main thrusts for its retail push, although the company is also looking at the Middle East and Russia.

To wit: On Wednesday night, Lagerfeld headed to Munich to christen a two-level, 1,940-square-foot signature boutique at 5 Maffeistrasse. The store carries a Bavarian-flavored capsule collection in honor of the city’s famous Oktoberfest celebrations, which kick off Sept. 21.

Given the early termination of a licensing contact with Italy’s Ittierre (see related story, page 6), which manufactured a small portion of Karl Lagerfeld collections, it is understood all products under that label will now be produced in house.

While in Munich, the designer also attended an advance screening of a new Vox documentary by television journalist Martina Neuen that compares fashion to religion, with Lagerfeld portrayed as its pope. The four-hour program is slated to air on Saturday night.