The dress brand has been geared to the bridge/designer area. 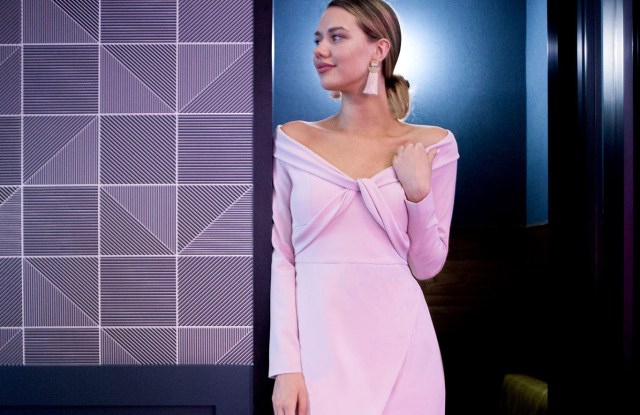 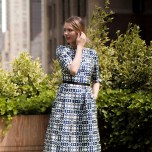 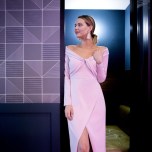 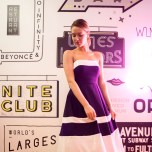 Kay Unger New York, which is licensed to Group J.S. International, is undergoing a makeover.

The dress brand, which for the past year has been geared toward the bridge-designer area, is being repositioned as a better updated dress collection. The company has lowered its price points to be more competitive in the dress market.

“We want to continue the legacy of Kay Unger,” said Cynthia Amaro, sales director. Unger stepped down from the company bearing her name in 2012 to focus on her philanthropic and creative endeavors. She isn’t involved in the dress brand.

At the time of her departure, Kay Unger New York — cofounded by Unger and Rob Feinberg in 1995 — was generating about $30 million in wholesale volume in its Kay Unger and Phoebe Couture collections, selling to such stores as Neiman Marcus, Saks Fifth Avenue, Nordstrom, Bloomingdale’s and Lord & Taylor, and 20 international markets. Unger’s brand, which was sold to Alex Evenings, was later sold to ACI Licensing in early 2016, which licensed Group J.S. a little over a year ago.

During her career, Unger was known for her exclusive prints and innovative color mixes, novelty fabrics, ensemble dressing and modern style. She dressed Hillary Clinton, Oprah Winfrey, Kathie Lee Gifford and Hoda Kotb and the cast of shows like “The Good Wife” and “Gossip Girls.” She also designed Tipper Gore’s inaugural gown and mother-of-the-bride dress, as well as the trousseau for Karina Gore. Unger is chairman of the board of governors at Parsons The New School for Design, her alma mater.

Group J.S. brought on Amy Didonato as design director and Lauren Levin as assistant designer. Didonato had previously been with G-III Apparel Group where she designed DKNY and Donna Karan and earlier designed Calvin Klein dresses for G-III.

In addition to lowering the price points, Unger is modernizing the brand and aiming to reach a larger demographic. Amaro said it’s no longer just mother of the bride, and the range will include daytime dresses, day occasion dresses and evening dresses. The dresses are manufactured in China, and include such fabrics as crepes, jacquards, dull stretch satins and chiffons. Bell sleeves, sexy slits, embroidery, grosgrain ribbons, pleats and sleeve coverage are among the details.

Amaro said once they fix the Kay Unger part of the business, then they’ll attack the Phoebe label, which will be positioned as a fast-fashion dress collection.

Unger will have 12 deliveries a year and 25 to 30 dresses per delivery. The collection is geared to retailers such as Lord & Taylor, Saks Fifth Avenue, Von Maur, Dillard’s, Macy’s and Nordstrom, said Amaro.