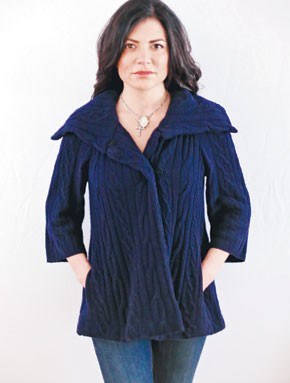 The knit market is facing a quadruple whammy that is driving prices up by as much as 20 percent for fall.

Between higher commodity and labor costs, an ever-weakening dollar and greater shipping expenses thanks to record-high oil prices, knit manufacturers are facing a perfect storm of supply costs, aggravated by the troubled retail climate. Now vendors must make the difficult decision of how much of the additional costs to pass on in their wholesale prices.

“Years ago, the retailer would have absorbed the cost, but they can’t now, so the retail is higher,” said Roseanne Morrison, fashion director for The Doneger Group, the fashion merchandising consulting firm. “Higher prices don’t bode well for business, particularly when people are so worried about their money.”

Most companies have decided to hold prices flat on basics, which retailers and customers are shying away from in this downturn, while trying to put more perceived value into novelty knits — particularly jackets, a key category for fall — so they can pass on the price increases.

The knit market is being hit hard by rising Chinese labor costs and the increasing price of Chinese currency, because knit manufacturing requires not only more labor to put a garment together, but also more specialized workers. While woven manufacturers can go to Vietnam or other developing countries with cheaper labor than China, knit manufacturers are compelled to stay there (or more expensively, Italy) because that’s where the knit-trained labor force resides.

Tom Kao, the president of contemporary knit line Kier + J, has started to look for factories two or three hours north of Shanghai to find lower labor costs, as costs for his line have gone up by 10 to 30 percent.

“The biggest cost is the uncertainty because of the rising costs of labor and currency in China,” Kao said. “The currency in China has gone up, so the factories are having a hard time quoting us. We order samples in February, but they have to quote prices for when we deliver months later.”

Kier + J’s fall line wholesales from $38 to $185, and orders for fall in the 250 to 300 doors it’s carried in are currently flat, as retailers are waiting longer to place orders, said Kao.

“Costs of buying for us have doubled from three years ago, but you can only pass so much on to customers,” Kao said. “Prices are still driven by the market. Those items customers see value in, we can price higher, but basics we have to eat ourselves.”

Ava, a year-old label now in 400 specialty stores, is dividing the 20 percent cost increases between itself and its retail partners. If Chinese labor and currency continue to get more expensive, Ava president Jonathan Ozdemir predicts knit manufacturing soon will come back to America, where savings in inventory, shipping and speed will make up for labor cost differences, particularly as those differences shrink.

As yarn and labor prices each increase by about 20 percent, some companies, like bridge brand Magaschoni and contemporary knit label Inhabit, have chosen less expensive yarns to cut costs.

Inhabit creative director Susie Cho selected less costly yarns as the lesser of two evils. “The whole ethos of the line is in the details of our garment, and that’s labor-intensive,” Cho said. “We can’t take that away.”

She also decided she couldn’t raise prices on basic items, and she said she’s noticed buyers’ price resistance to higher-end items in the line, which wholesales from $50 to $500 and is carried in about 360 doors.

“But there are ways to engineer garments without as much linking, and we are doing more cut-and-sew year-round,” she said.

“We cannot expect either retailers or the ultimate consumer to absorb the extra costs for apple-to-apple product in our ongoing partnerships,” Dawson said. “If we are going to offer the same twinset as last year, we are going to keep the price. But for the nonbasics, we are putting much more into the product to create more perceived value. She’s willing to pay more money for something if it has obvious value.”

This hike in prices didn’t emerge overnight, noted Lou Breuning, president of HMS Productions Inc. For the $140 million better knit vendor, costs have steadily increased 15 percent over the last year and, in turn, wholesale prices for its Cable & Gauge line have gone from the $15 to $29 range to $19 to 34.

“In the beginning, we absorbed the costs, but past 5 or 6 percent, it’s impossible to absorb the whole thing,” Breuning said. “In some cases, you absorb costs and hope volume will make up for losses in margins, but when you think there’s enough perceived value, you can pass the costs along, so we’re putting more pressure on the design team. In the better zone, we’ll have to see if the customer will accept that extra cost.”

According to Breuning, better knits have not been as hurt by the economy as other apparel areas. Despite rough retail conditions, business is up 11 percent for HMS. Its decade-old Cable & Gauge line added more than 500 doors for fall, totaling about 2,700, and its new “better better” line Nubby, which wholesales from $34 to $39, has been picked up by almost 700 doors for fall. “For not a lot of money, a woman can buy a new top to create other outfits,” he said.

Perhaps for that very reason, the basics business is suffering.

“Buyers are saying they don’t want to see the basics,” said Kosi Harris, marketing manager for contemporary knit line Qi, which wholesales from $45 to $180 in 600 doors, including Bloomingdale’s and Saks Fifth Avenue. “They just want to see the novelty.”

According to Barken, fall’s excitement comes from the texture of chunkier knits, particularly “outfit completers,” i.e. jackets, blazers and cardigans. The shape for this fall’s key knitwear item has shifted from swingy trapeze to the box, cocoon or oval. There are also alternative sleeve lengths for jackets — from cap sleeve to three-quarter-length to vests — that encourage layering. The underpinnings are thus adapting with full arm length, more neck interest and softer yarns, said Barken.

The season is also all about saturated colors, from purples, wines and magentas to citrons and bright greens. Grays returned this season in all shades, from heather to charcoal.

Polish and sophistication are trumping flash, with embellishment shifting to an intricate texture or to a novelty button.

Luxury knit line Angela Horton’s fall collection communicates those trends. Cashmere jackets in rich colors with special buttons have been her biggest seller for fall, for which Neiman Marcus just picked up the line. The collection wholesales from $250 to $1,500 for fall, after the company raised prices by 15 percent to offset a similar increase in costs.

Magaschoni also translated Seventies sportswear jackets into knit creations with thick waffle textures and vivid colors like citron and magenta. The line’s double-faced cashmere coats wholesale for as much as $1,500, but the company finds the customer is willing to pay that when the design is right.