Lacoste to Be Apparel Provider of Presidents Cup

The partnership will include a commercial cobranded collection that will be offered next year. 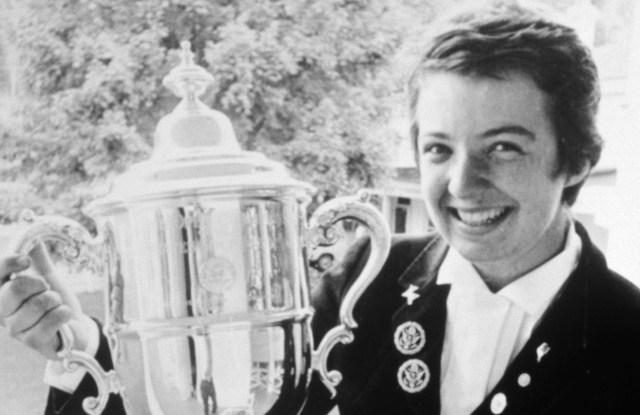 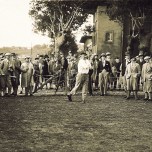 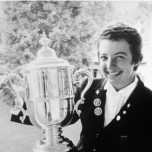 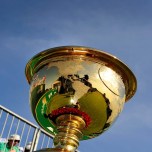 She was the wife of Rene Lacoste, the legendary tennis player and founder of the French brand famous for its crocodile logo. De la Chaume was an avid golfer, as was their daughter, Catherine Lacoste, who won the U.S. Open tournament in 1967 as an amateur and was nicknamed Kid Crocodile.

It’s this legacy in the world of golf that current Lacoste North America president and chief executive officer Joelle Grunberg is hoping to mine with a deal with the PGA Tour that will be unveiled today.

Lacoste has signed on to be the official apparel provider of the PGA’s Presidents Cup tournament, starting with the 2017 event at Liberty National Golf Club in Jersey City, N.J. Lacoste will sponsor the biannual tournament through 2025 and the deal is part of Grunberg’s strategy to reinforce the company’s sports legacy through partnerships and sponsorships.

“Since I arrived here in June of last year, we’ve been rethinking our strategy for the U.S. market,” Grunberg said in an interview in her Madison Avenue office. “We have a very strong heritage in golf and the Presidents Cup is a great opportunity to increase our visibility here.”

As part of the partnership, Lacoste will outfit the U.S. and International teams, caddies, the PGA and Presidents Cup staff and others in a cobranded collection that is being created especially for the tournament. The players will wear outfits that are adorned with just the Presidents Cup logo.

The cobranded collection will be available at the tournament in a 20,000-square-foot retail space, as well as in Lacoste boutiques and through wholesale partners. During the event, Lacoste will also host a Presidents Cup Fan Experience event in the Oculus at the Westfield World Trade Center, where it recently opened a store.

Grunberg said the deal with the Presidents Cup, which will be held in the U.S. three times and Asia twice over the course of the contract, is “a great fit and a very natural match.” She said Lacoste has a “strong business in Asia,” where golf is extremely popular.

She said the economic impact of the Presidents Cup collection will be important, but it’s not the primary reason for the partnership. “It’s really being driven by marketing and branding to gain visibility,” she said. “We don’t make technical product like Nike or Adidas, but we want to position Lacoste as an elegant sports brand.”

In the past year, Grunberg whose background includes stints at Ernst & Young, Deloitte McKinsey & Co. and Celio Group, has implemented an aggressive strategy to reduce the company’s retail exposure and wholesale distribution in North America.

She said the strategy is “going as planned” so far. “In the retail environment we’re in now, it’s hard to say anything is going really well. The general environment hasn’t evolved positively and people aren’t thinking of shopping and spending money.”

Even outside the U.S., “many tensions” exist and a strong dollar has cut down on tourism. “The general environment is downtrending and we don’t foresee significant change,” she said. But she’s hopeful that after the U.S. election in November, the situation may begin to improve.

Outside forces notwithstanding, Lacoste has taken steps to “significantly” decrease its wholesale distribution, cutting its exposure at its primary retail partners from 330 to 150 doors and working with other retailers to cut down on promotions.

“But in our boutiques and outlets,” she said, “we’re seeing single-digit growth so we know the work we’re doing on refreshing our stores, investing in recruiting, coaching and training our staff is paying off.”

Lacoste has more than $500 million in retail sales in the U.S., which is its largest market. Overall, the brand, which is owned by Maus Frères SA, had sales of 1.95 billion euros, or $2.2 billion at current exchange, in 2015.

The Presidents Cup partnership is seen as a boon for the PGA as well. Matt Kamienski, vice president of the PGA Tour and executive director of The Presidents Cup, said: “We’ve had various apparel providers since the inception of the event, with every provider since 2009 being tied to the captains and relationships they had. As captains changed, apparel suppliers tended to change and consistency was lost. In an effort to streamline the process as a whole, not only for the teams but also for the event, as well as achieve a sponsorship relationship that would be mutually beneficial to the event and partner, we decided to search for an apparel provider that could supply all of our needs and help us achieve our goals in growing the event.”