Trade show officials expect increased traffic at the trade show bonanza led by MAGIC and WWDMAGIC that encompasses some 15 exhibitions. 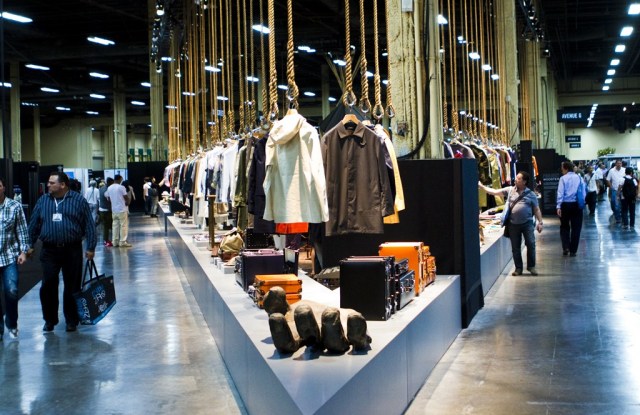 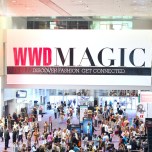 If bigger is better in Las Vegas, then the trade shows in the desert city are certainly improving.

Trade show officials expect larger crowds of buyers and vendors than in the past few seasons at the trade show bonanza led by MAGIC and WWDMAGIC that encompasses some 15 apparel and accessories exhibitions. Even though retailers are still cautious about spending money to travel with the effects of the recession not completely in the rearview mirror, they find Las Vegas an important stop because of the sheer breadth of merchandise on display and the chance to stumble upon potentially lucrative new product discoveries.

“All indications so far is that we are going to have a successful show with growth across the board,” said MAGIC president Chris DeMoulin.

Heading into his fourth round of Las Vegas trade shows as president of Project, Andrew Pollard said buyer registration is up 15 to 20 percent, and brand participation is the highest it’s been during his tenure.

“We will have a completely sold-out show, but more importantly for me is the quality of brands that are repeating and coming back,” he said.

Project is moving forward with the Project Wooster initiative it introduced in August with Nickelson Wooster, Project’s creative adviser and the former men’s fashion director for Neiman Marcus Group Services, spotlighting 30 brands in an experimental installation. Pollard said it was too early to divulge the brands that will be a part of Project Wooster, but revealed it would grow by 1,000 square feet to cover roughly 3,500 square feet on the floor of the show, which runs Feb. 13 to 15 at the Mandalay Bay Convention Center.

“We will be having a number of very influential Japanese brands,” he said. “The Japanese have very compelling ways of interpreting Americana and doing it in a way that is incredibly authentic. Our retailers are looking to find brands that are outside of their regular scope of research, and the Japanese brands are looking for a marketplace that will embrace their aesthetic and can afford them.”

Project is continuing its quest to bring in savvy fashion bloggers under the guidance of lifestyle and fashion journalist Marcus Troy. Pollard estimated 12 to 15 bloggers would make Project their home, sending out images and digital videos to give their audiences glimpses of upcoming collections during the trade show.

“It just creates a strong community, interesting content and activates the show in a compelling way,” said Pollard.

To make sure retailers don’t skip its assortment of women’s labels, Project is moving them to the front of the show. About 45 percent of the brands at Project are women’s. Other categories that will have an increased presence at the show include accessories and tailored men’s wear. In its last show, Project introduced a section dedicated to jewelry, small leather goods and handbags that will return and be larger. In addition, Project is going to have a heftier helping of outerwear and technical apparel, as well as European brands.

At MAGIC, set for Feb. 13 to 15 at the Las Vegas Convention Center and the Mandalay Bay Convention Center, DeMoulin said the number of new brands and new buyer attendees dipped during the depths of the recession, but in each of the last two shows, there have been 1,500 new exhibitors and a significant jump in new retail businesses sending representatives.

“Those are two things that we look at very closely because they are good barometers of our industry,” he said. “When we see new brands and new stores coming to the show, it speaks to the health and future of the industry. You look at WWDMAGIC and there is over 40,000 square feet of new brands every show. There are close to 1,200 brands at that show that you won’t find at any other show in the U.S.”

DeMoulin singled out juniors and young contemporary as categories within WWDMAGIC that are on the rise. He also pointed out that Heart of Prêt, a partnership between WWDMAGIC and French fashion show Prêt à Porter Paris, is coming back after a successful August launch to showcase around 30 European brands.

“The European presence at Heart of Prêt has been important for us in terms of being able to reach out to better stores that maybe primarily shopped the New York markets,” said DeMoulin.

On the men’s side, MAGIC is diving deeper into the action sports arena. S.L.A.T.E., the streetwear-focused show, has enhanced a partnership started in August with the Board Retailers Association, the trade association representing 600 action sports retailers. BRA will have a resource center on the show’s floor adjacent to Project at the Mandalay and, with S.L.A.T.E., put on a series of three educational seminars on topics ranging from social search marketing to trends driving retail traffic. BRA and S.L.A.T.E. will also host a dinner to honor a yet-to-be-named action sports industry leader.

At The Venetian from Feb. 14 to 16, Business Journals Inc.’s trade shows, AccessoriesTheShow, Moda Las Vegas and MRketLV, will have full houses.

“Our men’s business will be sold out in February and our women’s business, both ATS and Moda, they are going to be up 33 percent in net square footage,” said Britton Jones, president and chief executive officer of the Business Journals.

MRketLV will feature a Made in Italy section with 30 booths. It will also boast the Vanguards Gallery, an installation of up-and-coming designers curated by fashion and retail consultant Michael Macko, formerly the fashion director at Details magazine and vice president of fashion, public relations and special events for men’s and home at Saks Fifth Avenue. In a separate installation titled Macko’s Picks, he will choose specific pieces from MRketLV designers that convey current and future trends.

Business Journals is rolling out a mobile application to make its trade shows more accessible to retail buyers.

“It basically has a GPS — you can tell it where you are and where you want to go, and it will map it out on the floor,” said Sharon Enright, vice president of Business Journals’ trade show division. “This is yet another way that we want to make their trip to the show that much more productive.”

Capsule, a trade show with high-end contemporary brands, directional independent designers and premium streetwear labels, is moving to Hall G in the Sands Expo at The Venetian from the Palazzo Ballroom in The Venetian. The show is also changing its time frame. It will start a day earlier than MAGIC on Feb. 12 and end the next day.

“I think having us a day earlier is going to help the traffic at the show,” said Capsule co-founder Edina Sultanik.

The number of vendors at Capsule is projected to jump to 250 from 225 last season, and Sultanik noted that the show will also expand its selection of lifestyle merchandise, including vintage pieces and furniture fixtures for retailers.

“We have a strong selection policy of who we invite to participate in the show, it is not for everybody,” she said. “We don’t want to be a thousand-brand show. We want to keep it small and focused.”

Other trade shows taking place in Las Vegas include lingerie and swimwear resource CurveNV, which will be in Hall G in the Sands Expo at The Venetian from Feb. 11 to 13, and ENKVegas, which will provide a platform for men’s and women’s fashion brands at the Wynn Las Vegas from Feb. 13 to 15.