With the MyMacy’s program, the national retailer aims to localize its stores. 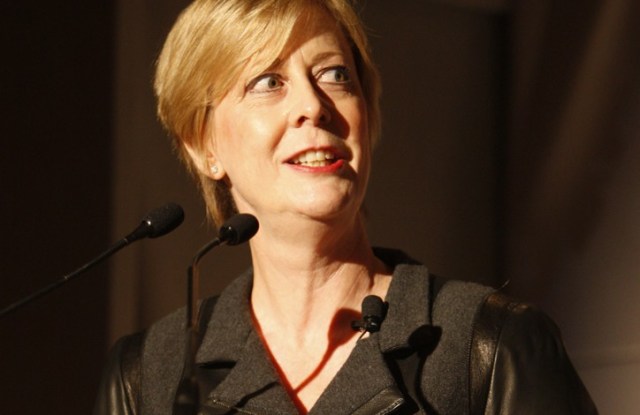 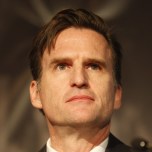 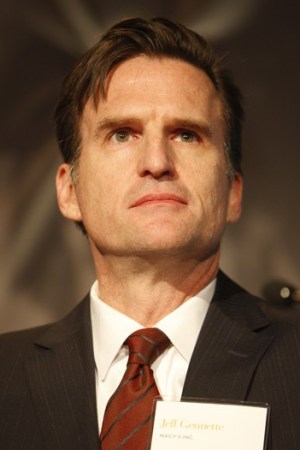 Macy’s may be the nation’s largest department store, but the $25 billion chain is trying to think like a mom-and-pop retailer.

Through a localization strategy called My Macy’s, the company is able to glean detailed sales information from its 800-plus stores around the country — information that is being converted into sales.

The concept was developed in late 2007 as “a way to drive higher comps, more profits in our stores, and an opportunity to reduce the expense level in our company,” Jeff Gennette, Macy’s chief merchandising officer, said. It came as a direct result of the corporate-level decision by Macy’s Inc. to consolidate its seven divisions to four and then ultimately one. As a result of the new operating structure, Macy’s moved to test a model to address local needs and ensure it would not lose market share, which it dubbed My Macy’s.

To begin, Macy’s turned to 20 districts in the Pacific Northwest, Midwest and Upper Midwest to test the project. Each of these districts was responsible for overseeing 10 to 12 stores, down from the 25 or so units they would have overseen in the past, Gennette said. These 20 districts, he added, were “among the weakest performers in the company” at that time.

Macy’s created 400 positions within the pilot stores to support the launch of the My Macy’s initiative, he noted. “These were professional merchants,” he said — buyers, planners, “some real talent that we could then pipe into these districts” using some of the savings generated from the regional consolidation. Each district was led by a vice president supported by buyers and planners for individual categories of business. “They were responsible for identifying what in each of those stores could be adjusted to the appetites of the customer.”

Although the national buy was still done centrally in New York, Gennette said, these regional executives were charged with tailoring the brands, sizes, fabric weights, receipt flow and other regional nuances by door.

The new model was put in place in May 2008, and in the first year, the pilot stores submitted 13,000 ideas, “things they needed in their individual doors.” Gennette said Macy’s corporate “green-lighted about 95 percent of these ideas for implementation.”

The initial assumption was that results from this test would not become evident until spring 2009, but “we started to move the needle in the fourth quarter of last year.” Within four months, he revealed, these pilot districts “started to outperform the rest of the company.”

This positive reaction, said Julie Greiner, Macy’s chief merchandise planning officer, led the company to roll the program out nationally in May.

“The decision was made to retire the decades-old divisional model of department store fashion retailing and in its place we would consolidate all of the buying, marketing, store management and related functions into one unified organization based in New York,” she said. “Simultaneously, we would adopt the My Macy’s model in 49 new districts, the geographic locations that had been part of the previous Macy’s East, West, Central and Florida divisions.” A team was assembled in New York and in each merchandise category, a “one-to-one parity” was created between merchants and planners.

Central buyers shop the markets and write the orders, she said, but their decisions “are formed in great detail” by the 1,600-person-strong district field organization.

After six months, the retailer has learned some valuable lessons from the My Macy’s initiative.

First, Gennette said, it “drives alignment between stores, merchants, planners, support. Our decisions at the central level are now sounder and better informed. And our ability to execute variations of the powerful Macy’s brand is now possible. It allows us to understand our customer better at a door level and drive sales.”

Second, My Macy’s “has created speed in our culture,” Greiner said. Two years ago, seven buyers from the individual regions — “each carrying a pencil” — would call upon the same vendors. This “resulted in wide variations in what Macy’s stood for throughout the country. Making a common decision meant a committee of people who lived in seven different cities.” Now, with one national buyer-planner team, a decision can be made in hours or days instead of weeks or months. “If we see a good opportunity, we can pounce on it,” she said.

The initiative also allows Macy’s to work more closely with vendors on exclusives and products to “fill areas we think are underserved. We now have the ability and the agility to launch an exclusive brand nationwide, like we just did this fall with Rachel Rachel Roy.” It also gives Macy’s the chance to “distort” things that are locally relevant and differentiate its stores, such as two-pant suits for the missionaries in Provo, Utah, or fleur-de-lis items in New Orleans.

Greiner said My Macy’s also “puts our national brands on steroids.” It allows the company to make a national statement on exclusives such as Martha Stewart, Tommy Hilfiger and Donald Trump, while “tweaking assortments, sizing or presentation in our 800 stores.”

Gennette said My Macy’s provides “more potential in our private brands,” which are “treated as a core vendor.” This exclusive product, which accounts for about 19 percent of the company’s business, is viewed as “our crucible for speed to market” and the company is working to decrease its cycle time and be able to react to sales trends, he said.

With individual store volumes in the chain ranging from $8 million to $800 million, Gennette said there is a “complexity” in the Macy’s business that is best served by “field-level empowerment.” But once the local store requests something, “they own it. And this has helped to ensure its success.” In the past, when products were “forced down into the organization, there was always an easy scapegoat — the merchant. Today, the store is in the driver’s seat. What they feel passionate about is now in their sales plan and they feel responsible for it.”

Technology plays a big role in the success of My Macy’s. The company installed a proprietary suite of systems, which channel ideas from the field into the central organization. These include systems for allocation and assortment planning as well as vendor portals to facilitate the sharing of information with resources.

Overall, My Macy’s has allowed the company to be “more customer-centric,” Gennette added. “We have more eyes and ears across America and we’re doing a better job of seeing and hearing.” To take this to the next level, he said Macy’s is working with the consumer insight firm Dunnhumby to “slice and dice all the data available to us.”

Greiner concluded by saying My Macy’s “provides a sustainable, competitive advantage” for the company. “It is not a model that is likely to be duplicated by competitors because of the cost and talent required to make it work. The division-consolidation process provided a unique opportunity for our company and we have taken advantage of it.

“My Macy’s is fulfilling its initial vision as a way to accelerate comp-store growth,” she added. In the spring, the initial 20 pilot districts outperformed the rest of the company by 260 basis points. “Our expectation is that My Macy’s will enhance our ability to bounce back from this recession and enter a period of sustained performance vis-à-vis our competition,” she said. “In other words, this is our vehicle for continuing to gain market share in this very competitive retail environment.”