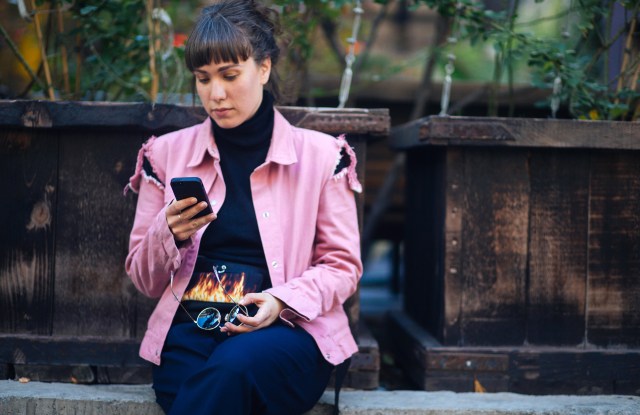 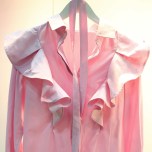 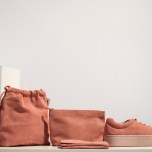 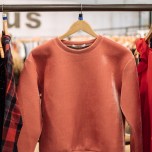 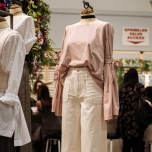 The best versions were when the shades were applied to materials like leather — especially successful in a bomber silhouette at June – and in updated classics like oversize cocooning duster coats and vibrating, slouchy sweatshirts.

The key here is that pink is not to be interpreted as girly or overtly feminine — just the opposite. The hue might dominate; however this is not to be confused for a resurgence of gushy moments. Instead, the looks in the color are turned on their heads for gender-blurring moments that question the purpose of the line between men’s wear and women’s wear. Ath-leisure variations in the tones suggest the borrowed-from-the-boys sentiment despite the commanding color.

Though the tones were different, the attitude was the same: nostalgic and unsatisfied with the present. Read: Appeal to power-spender Millennials at all costs, quite literally. This generation is longing for the recent past. With that, they are looking to soften their surroundings in order to shun the harshness of reality at every opportunity, beginning with their appearance. From dying their hair — both genders, mind you — to reminiscent shades that remind them of earlier, adolescent days, brands are tapping into this sensibility in order to secure big gains.