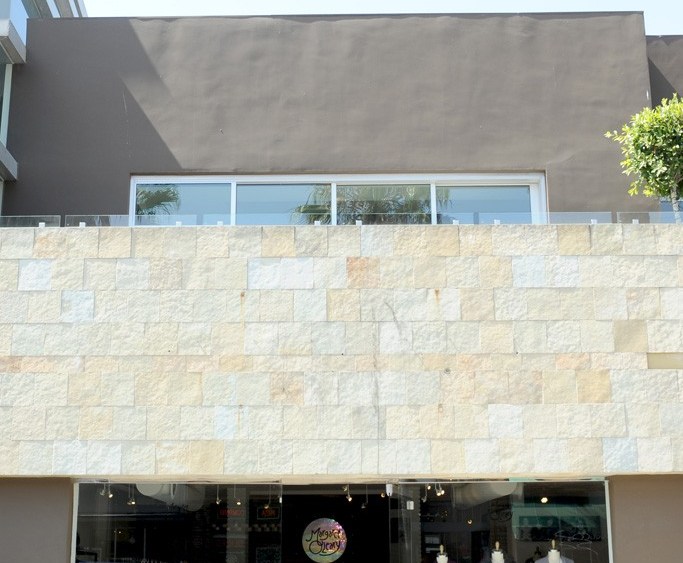 Margaret O’Leary is well known in the Bay Area for her contemporary California casual knitwear, but she’s seeking to build her namesake brand’s recognition elsewhere.

A few months after opening a store in Manhattan Beach, Calif., Margaret O’Leary unveiled a 1,100-square-foot store on Abbot Kinney Boulevard in the Los Angeles neighborhood of Venice, its third store in Southern California and 10th overall. The push into Southern California is the precursor to a retail expansion eastward with the objective of doubling Margaret O’Leary’s store count in the next three years.

Over lunch earlier this month at Gjelina, a popular restaurant across the street from her new store, O’Leary discussed growth plans for her brand. She said, “I might as well do it now. The stores are very successful. I know the formula. It’s consumer demand that’s the main driver. I feel very lucky that the locations of all the Margaret stores are fantastic. I hold out for the right ones.”

Margaret O’Leary stores can’t just be put in any old shopping center, according to O’Leary. She’s attracted to streets that locals, as well as tourists, frequent that avoid the sameness that plagues so many shopping centers. “I like to be on special streets in the U.S., not malls. It gives a unique personality to the shops. America is big, but these places are hard to find,” said O’Leary. Referring to Abbot Kinney, she added, “Coming here for years as a visitor, I said, ‘This is the place.’”

The look of the Abbot Kinney store follows a retail design update created with architect Chris Barriscale, who has worked with Henri Bendel, Wolford, Charles Jourdan and Baccarat, introduced about four months ago at a Margaret O’Leary store in Mill Valley, Calif., that O’Leary noted has sparked increased sales. In a touch probably unnoticed by customers but certainly helpful from a sales perspective, the update gives sales associates easy access to inventory by including more sweaters on the floor inside drawers.

Clearly noticeable to customers, merchandise is the star of the Abbot Kinney store. The store’s primary colors are black and white to provide a neutral backdrop for sweaters, although there are gray floors and wood panels behind the cash wrap at the back of the store with Margaret O’Leary’s signature mother-of-pearl button logo hung on it. Merchandise is also placed on racks lining the sides of the store, and is mostly categorized by color and material. Mixed in with the Margaret O’Leary items are apparel and accessories from other brands. AG, Calleen Cordero, Clover Canyon, Irit Design and Julieri are among those other brands.

“It has a very clean, architectural look to it,” said O’Leary of the store design, which gives potential wholesale accounts a glimpse of how Margaret O’Leary might appear with in-store shops. The brand is available at around 200 specialty store doors, but isn’t currently carried at department stores.

The brand’s retail operations are responsible for the bulk of Margaret O’Leary’s $15 million in annual sales. Stores generate roughly $1,000 in yearly sales per square foot. The ideal size for a Margaret O’Leary store is 1,200 square feet. O’Leary has already begun scouting sites for store locations beyond the West Coast, and mentioned Boston, New York, Chicago and Denver as possible destinations for stores.

As the climate becomes warmer, O’Leary finds herself using heavy materials less often. She said, “I still love cashmere, it’s the ultimate luxury fiber, but I work with tissue-weight cashmere and cotton now, so you feel almost like you are wearing a second skin.”