Marlo Thomas to Launch ‘That Woman’ Collection on HSN

The ready-to-wear and accessories collection will be launched Jan. 19 on HSN. 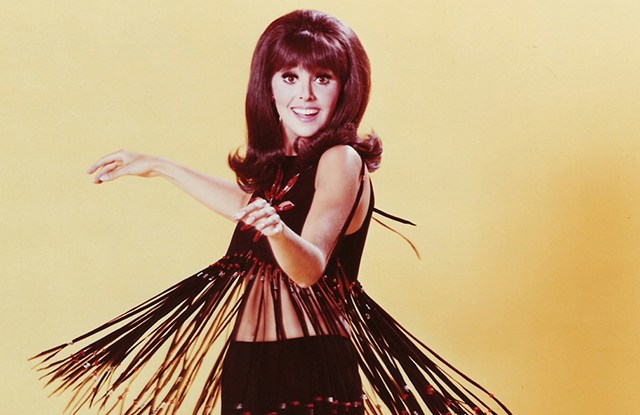 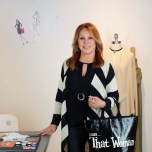 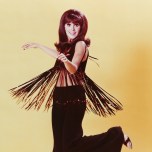 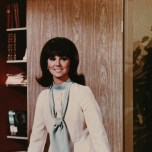 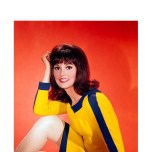 Marlo Thomas has added another notch to her belt: fashion designer.

The actress, author and activist has developed a ready-to-wear and accessories collection for HSN Inc. called “That Woman” by Marlo Thomas. The label is a play on “That Girl,” the classic TV series that ran from 1966 to 1971 in which Thomas starred and served as executive producer. In the show, she played Ann Marie, an aspiring but sporadically employed actress who moves from Brewster, N.Y., to New York to pursue her dream.

Thomas will introduce “That Woman” on HSN Jan. 19 during “The List With Colleen Lopez” from 9 to 11 p.m. (Eastern Standard Time.) The collection will be available for purchase on HSN.com starting Jan. 9. Thomas will appear on HSN several more times throughout next year to present new collections.

During a photo shoot at Nation Design, the line’s manufacturer in New York, the 78-year-old actress explained what prompted her to get into the apparel business. “Sometimes when I’m out shopping, I look at things that have bare midriffs, and I think, ‘Is anybody thinking about me?’” she said. She likes things that are very simple, sophisticated, “a little bit flirty, but do I dare use the word, ladylike? That’s what my wardrobe looks like, kind of always has. I’ve never been a girl for big flowers, but I do love graphics.”

Thomas said they started the line from scratch and dove into the archives of dresses she wore on her TV show. “This is the iconic dress,” she said, modeling one of the designs. “This is the dress that I modified from the Sixties. It takes a lot of guts to wear something you wore 40 years ago and say, ‘How do I look in it now?’”

She explained that “That Girl” was almost like a fashion show. “I had been in London the year before doing ‘Barefoot in the Park,’” she explained. “It was the mid-Sixties. There was Mary Quant, and Jean Shrimpton and Twiggy and white boots and fishnet stockings and all kind of graphics, miniskirts and maxi skirts and a whole look that had never been on television.”

On television at that time women were mostly wearing house dresses and Peter Pan collars, she said. “So when we came on, I said I want to wear these kind of [fashionable] clothes. My co-producers were kind of scared of it, and they said it’s going to date it. I said, ‘Everything’s dated.’ If you’re living in your own time, it’s going to be dated.” But, Thomas said, it really wasn’t dated because it was so classic.

“People would tune in just for the clothes. People loved it. I’d say, ‘Bring me Halston and Oscar de la Renta.’ And I played an out-of-work actress,” she laughed. Since Thomas was the executive producer and had conceived of the show and sold it to ABC, she had the power to make those wardrobe decisions. “When you’re young like that, you don’t even realize how much responsibility you’re taking on. I was 25,” she said.

Thomas has been asked to do fashion lines before and people wanted a “That Girl” line or had other ideas, but she always turned them down. “I never wanted to do it. You have to have a reason to do something. For me, it needs to be an organic reason. The organic reason now is I need these kinds of clothes. I bet there are millions of women who also need them.”

“As a company, we are so inspired by Marlo and everything she has accomplished,” said Vanessa Dusold, HSN’s senior vice president of merchandising, apparel and accessories. “She truly believes in empowering and supporting women, not only through her charitable work but through fashion and style.”

Thomas has a “very engaged fan base” that HSN feels will cross over to the shopping channel via her ready-to-wear collection. “Marlo’s enthusiasm for her brand is authentic and is sure to resonate with women everywhere,” she said.

Thomas, who has done Broadway, film and TV, will appear on air in conversation with the host. She said she wants to find some women from her Facebook audience to get involved and invite one or two to the studio to be a part of the program. “I like to mingle with the audience. That’s why I love live theater,” she said. “For me the fun is reaching out and saying, ‘who are you?’ and ‘tell me about you.’ And then have them come on with an interesting story and let them model or then have lunch with me. People can watch it and say ‘that can be me, too. Maybe next time it will be.’ People can watch it and it makes it friendly.”

She’s always been like that and doesn’t like being the one on the podium, where nobody else talks. “Actually my husband [Phil Donahue] is like that too. On ‘The Phil Donahue Show,’ he was the first person to bring the audience on television. Maybe it runs in our family. That’s how we met. I was a guest on the show,” she said.

Asked how the deal with HSN came about, Thomas explained that a friend of hers works with HSN and other companies and suggested over dinner one night that she should do an apparel line. Thomas knew Mindy Grossman, chief executive officer of HSN, from working with St. Jude Children’s Research Hospital on HSN Cares. They do a Christmas ornament project where different stars and designers create a Christmas ornament and sell them on HSN, with all money going to St. Jude. (Thomas will again appear on HSN Nov. 29 to thank supporters.) When she told Grossman and Bill Brand, president of HSN and chief marketing officer of HSNI, her idea of a “That Woman” collection, they loved it, she said.

“Those of us who were ‘That Girl’ are ‘That Woman’ now,” she said. “We bring with us all the joy of being girls. It’s hard for me to think of myself in any stage of my life…that I’m kind of pretty much the one I was 10 years ago. I have the same moral code, I have the same sort of excitement over the same kind of things,” she said. She said she’s learned more through the years and has had things happen to her, such as her parents dying and getting married. “I pretty much think that I bring with me the same optimistic view of life, a Scarlett O’Hara view that I’ll cry tomorrow.”

Her philosophy for her apparel collection is equally upbeat. “I think women will see that these clothes were designed and brought by a woman who wants other women to have a good time,” said Thomas. “And life isn’t over at 40, or 45 or 50, or any age. You can still feel desirable and confident. I feel good when I look good. If I get in the elevator, and I think I look terrible, it’s hard for me to go all the way to lobby. I want to go back up and try one other thing. My husband says my dressing room looks like a chorus line of girls got dressed there.”

Thomas loves clothes and wears designers such as Michael Kors. She’ll shop downtown at stores such as Jeffrey or in SoHo and will pick a piece here and a piece there. “I really don’t want to outfit myself the way somebody else thought of it. I like putting little pieces together. Which is what I did in this line. Mostly what I like to do is show a little skin everywhere. A little keyhole, or a little lace-up or something without being low décolletage. Something that makes you feel like a female,” she said.

“Not everybody wants to show off every body part, but a shoulder, a v-neck. We have a cold-shoulder sweater that’s adorable. We had it made so the straps are wide enough that you can keep your bra on. I hate when you have to wear a strapless bra with a sweater and you see a big dent. I’m thinking of all the things that bug me about clothes,” said Thomas.

Thomas said she was confident about the strength of the designs, but was worried about the fabrics at these price points and was pleasantly surprised.

The collection will be introduced in a two-hour segment on HSN, which broadcasts live to about 94 million households in the U.S. “At first I thought that [two hours] was daunting. We’re so used to going on the ‘Today’ show for six minutes,” said Thomas. But there will be a fashion show, people will call in and ask questions about the clothes, “or whatever they want to ask questions about.”

On her wish list would be to design a whole exercise line to work out and run around and go shopping in. She’d also like to create a piece of exercise equipment. “I exercise five days a week,” said Thomas. “I love to work out, especially my upper body. I run-walk in Central Park and go up those steps by the fountain, like, six times. It’s really good for your heart. I have an elliptical machine that I love. I do 40 minutes of weights. I do tremendous amount on my core, I used to have a bad back. I got thrown into a water trough on ‘Bonanza’ when I was a young actress. Hoss [Cartwright] picked me up and threw me, and it hit my coccyx. Since I’ve been working with this particular trainer for 10 years, he’s given me great core exercises, and my back is really strong,” she said.

Other categories that appeal to her are cocktail dresses, the more sparkly, the better.

As far as her other interests, Thomas said she just finished filming “Wet Hot American Summer: First Day of Camp,” a TV series for Netflix with Amy Poehler and Bradley Cooper. She’s also getting ready for Thanks and Giving for St. Jude (where she’s the national outreach director) that starts Monday. “It’s to give thanks for the healthy kids in your life and to give to those who are not.” Since launching in 2004, the initiative has raised $700 million from holiday shoppers.