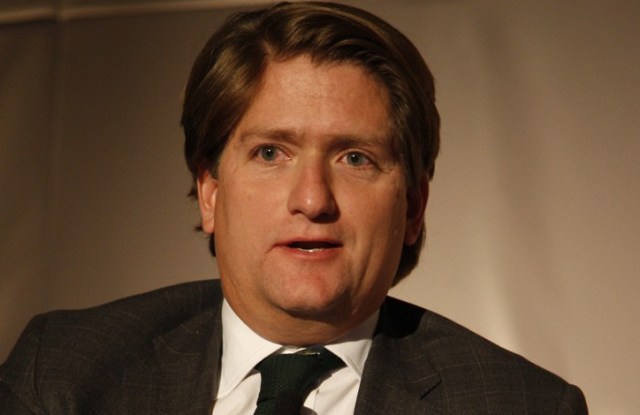 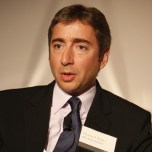 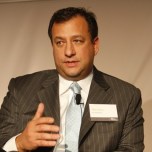 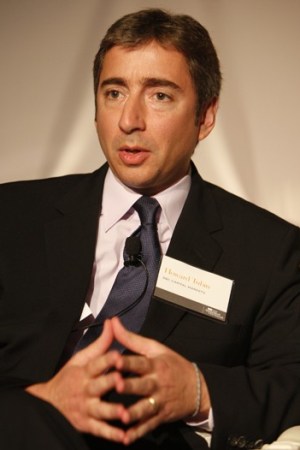 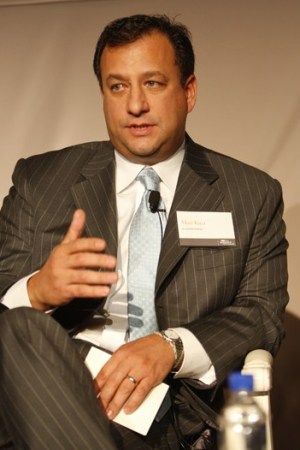 The economy may be improving, but it’s still not clear when, or even if, consumers will get back to their old shopping habits, according to a financial round table at the WWD Retail/Apparel CEO Summit. The participants were Matthew Katz, managing director and leader of the global retail practice at AlixPartners; Erik Oken, managing director and co-head of retail investment banking at J.P. Morgan Chase & Co., and Howard Tubin, director, equity research softlines, RBC Capital Markets.

Oken was the most bearish, noting for holiday, “We think the consumer is still very focused on the state of the economy, very focused on where unemployment is going. We see that peaking probably in the second or third quarter of next year, and I think that’s going to be relatively a big overhang on the average consumer’s mind-set.”

Tubin said he was “a little more upbeat.” Stopping short of predicting a strong holiday season, he noted that “if you look at a year ago, the world was clearly coming to an end. The consumer sentiment has improved a bit. If you look over the last six months, if there’s been a catalyst, the apparel business has jumped up a little bit when there’s been a catalyst to buy clothing.”

Describing himself as “cautiously optimistic, and not enthusiastic,” Katz said he believes there are categories where there could be some pent-up demand.

“The consumer is starting to get more comfortable, but unemployment numbers and consumer confidence and all the mixed bag of macroeconomics are not yet there for the bottom to be solid enough to take a real big leap, so I think we’ll see some progress, but I’m not ready to stand up and say this is it,” Katz said.

He noted many categories are driven by the personal savings rate and disposable income, so the timing of recovery in various areas will be staggered. “I think what will be really interesting is category by category, which product will react to what factor. It may be disposable income, it may be savings rate…. The real trick for all of us is to figure out in our categories, or in our stores, in our demographics, where we’re going to place a bet and where we’re going to go. So the consumer’s going to vote, and we have to be really smart about where that is.”

Even though he expects a fairly promotional holiday selling season, Tubin doesn’t think the consumer will have the option of waiting for the deep discounts due to leaner inventories this year. “If the customer sees something and decides to come back two weeks later, she may not find it when she comes back,” he said. Oken doesn’t expect a surge in post-holiday sales, even if gift cards are given. He noted consumers are likely to remain cautious through the third or fourth quarter of next year. However, neither he nor his fellow panelists expects a flurry of bankruptcy filings next year.

“We’ve had a steady wave of store closures and bankruptcies for the last 18 months. I don’t expect that to get much worse than it has been over the last two years,” Oken said. Katz noted there have been a few companies that have gone into bankruptcy and come out. “There’s a lot of capital on the sidelines right now….There are opportunistic buyers out there; there are very acquisitive folks out there,” he said.

He added that, during last year’s fourth quarter, “some very aggressive folks refinanced lines of credit and availability. Maybe at the time it seemed very expensive, but it was a very smart thing to do.” It gave them flexibility, Katz concluded.

“From a business-model perspective, we all need to be thinking about what that means. How much real estate do we need; how fast do we need new product; how fast are we going to make commitments to our vendor partners; how realistic are those commitments,” he said.

He concluded that right now, “We’re all looking at how do we get to the next four to six months, how do we see some growth trajectory and how do we drive the revenue line up.”

Oken said while it had been difficult to obtain financing for a while, the capital markets now are as good as they’ve been in the last 15 to 20 years. He also said key criteria to get any deal done, besides reasonable valuations, include having a strategic rationale for a transaction. He expects numerous transactions in the longer term, and some may be cross-border deals.

Tubin doesn’t expect retail growth to return to earlier levels for some time. For firms that were growing square footage at 20 percent annually, Tubin thinks 5 percent might be more likely since many retailers had ramped down store openings. “As for same-store sales, I don’t think we get back to 10 percent comps in 2010. Maybe in 2011,” the analyst said.

Katz commented, “Ten percent growth for most of us in the room is quite astronomical. The real estate question is a real one….I still think there’s a glut of real estate that will have to be flushed through the system.”

Oken said the challenge for public companies will be the creation of operating and growth models that are interesting for investors. He said the industry will need to focus on the development of ideas that are compelling from a growth perspective to continue to drive value, although he said that is easier said than done.