Though attendance is up, trade fair organizers still feel the need to innovate. 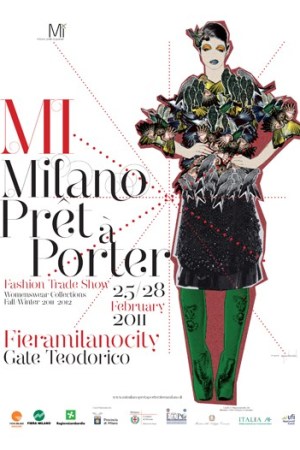 Though attendance — as well as optimism — is up, trade fair organizers in Milan still feel the need to revamp layouts and come up with interesting new initiatives to lure buyers and exhibitors to the upcoming round of shows.

Milano Unica, which runs from Feb. 15 to 17, will present an overhauled look at two of the exhibition’s four trade fairs.

“The buyers’ route will be rendered more interesting, thanks to the architectural innovations at Ideabiella and Shirt Avenue,” said Unica’s president, Pier Luigi Loro Piana. “The Fancy sector of Moda In has also been restyled to better fit [buyers’] needs.”

This trend of catering to visitors has become commonplace among show organizers recently, as economic woes have constrained buyers to make the most of their trips to Milan.

Starting last year, the city’s major accessories fairs, Mifur, Mido, Micam and Mipel, began to coordinate their dates with a pass to any of the four allowing access to all. This year, Mido will run March 4 to 6, while Mifur, Micam and Mipel will be open from March 6 to 9.

Mido is revising its layout this edition as well. It features a main “plaza” with top eyewear companies, as well as an app for iPhones, iPads and other types of smartphones that provides instant access to a map and information on exhibitors and their products. In addition, since Mido has been shortened to three days from four last year, the fair will extend its hours accordingly.

Mi Milano Prêt-à-Porter, which will take place as usual during women’s fashion week, from Feb. 25 to 28, underwent a complete restructuring two years ago with the aim of rendering it clearer and more understandable to buyers.

Though the fairs are making an effort in their own way to facilitate the trade show experience, some felt there was a lack of coordination and especially of communication. To remedy that, Promos, a company linked to Milan’s chamber of commerce, launched a project dubbed Milano Fashion City last September.

“We consider ourselves system integrators,” said project manager Shahin Javidi, who explained the various fronts on which Milano Fashion City operates. “We found that many clients abroad were not receiving complete information regarding the latest news and initiatives of the fairs.”

In response, the group now creates a complete guide to events occurring between Feb. 15 and March 9, including unrelated happenings such as art exhibits and concerts, and distributes them around the city during that period. The organization also sets up information booths at the Malpensa Airport as well as at strategic points throughout the city, and, lastly, lends a hand with travel arrangements via discounts on flights and hotels.

Though the project is only in its second edition, Javidi says feedback from both clients and partners has been all positive thus far.

Another recurring theme is a focus on generation next as fairs aim to keep a fresh — and youthful — outlook.

Mi Milano enlisted the creative talents of 23-year-old illustrator Giovanni Dionisi to develop its poster. “We are currently working on communicating our identity as a ‘fashion talent scout,” said the fair’s artistic director, Andrea Batilla. Hot House, a space dedicated to up-and-coming designers, is now going into its third edition, and for the second time, Mi Milano will distribute a trends-focused magazine created entirely by a group of under-30 industry professionals.

On Stage is Milano Unica’s young talent competition and is usually held in the fall, but this February the fair will host a technological version in partnership with IBM, where a selection of pieces from the September edition will be displayed in an interactive installation.

The various trade shows are also organizing a slew of other projects and events both inside and outside the fairgrounds.

New at Milano Unica is a Made in Italy-focused research and innovation area as well as a unique installation dedicated to linen. “These are all things that enhance the already rich experience,” commented Loro Piana.

On a cultural note, Unica is sponsoring a public concert by opera great Andrea Bocelli in the city’s main piazza and participating in the funding of the restoration of the Duomo cathedral’s main steeple.

To encourage attendance for the upcoming season, the four major accessories fairs teamed up to approach the issue at a fundamental level. The organizations launched a vigorous communications campaign that champions accessories as the protagonists of an outfit, rather than an afterthought, through dedicated inserts in foreign editions of Vogue Italia as well as in special presentations in America, Russia and Japan. “We already have a good number of pre-registrations from Russia,” said Mifur’s general manager, Elena Salvaneschi, who had just returned from Moscow.

Batilla said Mi Milano prefers to stick to the basics.

“We aren’t focusing on big events or developing our Internet presence — it is an interesting concept, but wouldn’t work for us,” said Batilla. “We want to be a platform for exhibitors and clients, available all the time and especially when the fairs aren’t going on.”

Batilla explained that many small and medium historic Italian manufacturers, which perhaps in the past have only been involved behind the scenes, have been pushed to exhibit as retailers, but don’t know where to start. On the other hand, there are young designers who may have the creative skills but lack the business experience. For this, Mi Milano has launched a project called Collisions, in which one from each field is paired to create a small capsule collection and have the opportunity to exchange their respective knowledge. The initiative is now in its third edition, and Batilla says that so far, feedback has been good from all sides.

White, after experiencing a record number of buyers during its September edition, which included a runway show by designer Henrik Vibskov, has invited Carmina Campus to be a special guest. The eco-friendly accessories and furniture brand, which was started by Ilaria Venturini Fendi in 2006, will have a dedicated area within the fairgrounds with a focus on the company’s Bags for Africa project.

“We jumped at the opportunity to be the special guests at White because they really reward research and innovation,” said Venturini Fendi.