The contemporary cashmere and sportswear firm is dipping its toes into retailing with a pop-up store at The Montauk Beach House, the new hip hotel. 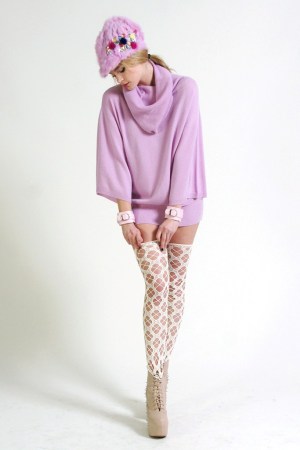 Minnie Rose, a contemporary cashmere and sportswear firm, is dipping its toes into retailing.

Next month, it will open its first store — a 400- to 500-square-foot pop-up shop at The Montauk Beach House, the new hip hotel opening on Long Island. “We’re partners with the hotel in the store. We’re putting our people in and staffing it and sharing the profits,” said Lisa Shaller-Goldberg, president of Minnie Rose. The company will also outfit the waitstaff in Minnie Rose dresses. The shop will stay open through September.

Minnie Rose, which is no stranger to the Hamptons, already sells in such stores on the East End as Intermix, Gloria Jewel, Norahs, Summer Stock, Edit and Blue & Cream.

The company, which began in 2006, has generated annual increases of 35 to 40 percent a year, and this year is on track to increase 40 percent, said Shaller-Goldberg. Minnie Rose generates about $15 million in wholesale volume.

Minnie Rose, known for its range of colors and styles, focuses entirely on specialty stores, selling to such accounts around the country as Henri Bendel, Planet Blue, Madison, Intermix, Edit, Ron Herman, Joan Shepp, Neiman Marcus Direct and Saks Direct. Shaller-Goldberg said there are several reasons why she doesn’t sell to department stores. “We don’t like markdowns. We don’t like losing money. We don’t like our clothing being rolled over and merchandised poorly,” she said. She said the firm has an e-commerce site, which is building rapidly and is used for selling, testing and exposure.

Before starting her own company, Shaller-Goldberg owned a sales, marketing and branding agency called Simply Chic, where she repped such lines as Earl Jean, Hard Candy, Ugg Outerwear, True Religion and Juicy Couture. Now, she oversees a company that employs 33 people, working with her husband, Scott Goldberg, who serves as vice president of public relations and marketing.

Minnie Rose has garnered a lot of publicity for its ruffled cashmere shawl, especially after it was photographed on the Duchess of Cambridge shopping at the grocery store following her wedding.

Overseas, the business is also gaining momentum. The firm sells in stores in such markets as Israel, Dubai, Jordan, France, Italy, the U.K., Germany and Hong Kong.