Nashville, which has gained a reputation for its bustling music, technology and healthcare scene, is looking to bring similar clout to the fashion industry. 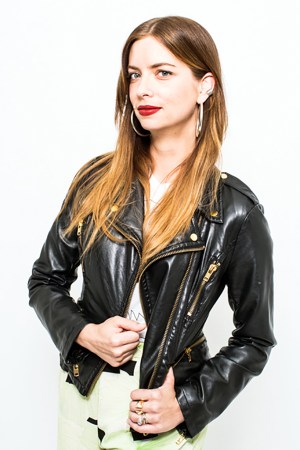 Nashville, which has gained a reputation for its bustling music, technology and healthcare scene, is looking to bring similar clout to the fashion industry.

Nashville Fashion Alliance, which has been in the works for two years and filed a charter in January, will begin a Kickstarter campaign April 16 to raise $100,000 to support Nashville’s growing fashion industry. At present, some 150 brands from Nashville and the surrounding area are participating in the alliance, including Billy Reid, Kayce Hughes, Alabama Chanin, Otis James, Valentine Valentine, and Manuel.

“Fashion and music go hand in hand,” said Van Tucker, chief executive officer of the NFA. She said their mission is to see what they can do to make Music City a more hospitable place for fashion companies. Nashville has been rated the fourth-best metro area for fashion designers, the only city in the top five without an industry council, according to Global Language Monitor, a media-analytics company based in Austin, Tex. Nashville is home to large retail distribution centers and customer service centers for firms such as Warby Parker, Macy’s, Gap, Wal-Mart and Nike. The state of Tennessee ranked fifth in apparel manufacturing, ninth in textile mills, 15th in leather manufacturing and 15th in clothing stores, according to a Bureau of Labor Statistics’ June 2012 report.

Sewing and manufacturing outlets in Nashville have virtually all gone away, said Tucker. Most designers in the region either produce in-house, like Elizabeth Suzann and Amanda Valentine, use outside independent contractors or source production outside of the region.

“We want to make sewing cool again,” said Matt Eddmenson, co-owner of Imogene + Willie, a two-unit retailer, e-commerce site and wholesaler, who is president of NFA’s board. Imogene + Willie has a store in the 12South neighborhood of Nashville, as well as one in Portland, Ore. It manufactures its denim and sportswear collection in Los Angeles, selling to 90 stores nationwide, and in Europe and Japan.

Tucker said NFA’s goal is to train and create jobs in the sewing realm that can give these brands an opportunity to manufacture in the area, rather than having to travel to New York and Los Angeles. The main initiatives are economic development, resources, education and advocacy. One of the priorities is the establishment of a Sewing Training Academy for underserved populations, providing living-wage employment opportunities and affordable housing options for the community while giving the industry a skilled workforce. NFA will also advocate for shared resources. Since it’s difficult for a brand to build its own factory, if 50 companies all need production, they could put something together to meet their needs.

The alliance is being created to build awareness of Nashville brands and serve as a catalyst for resource and program development. The central body will also focus on job creation and resource development. NFA looks to develop talent and appropriate training programs to ensure workforce availability and attractiveness of available careers. It also seeks to create an environment for all industry brands to consider as a location for business. Further, NFA will also serve as a catalyst to provide access to mentorship to companies from start-ups to global brands.

“With little or no resources, we don’t want to see people’s creative dreams die,” said Eddmenson.

One Nashville designer, Amanda Valentine, who has been on “Project Runway,” has built a “pretty amazing business,” he said. “They go through the same struggles in trying to get things made.”

“Many of these initiatives require that cohesion and coordination. This will give some form to the function,” said Tucker.