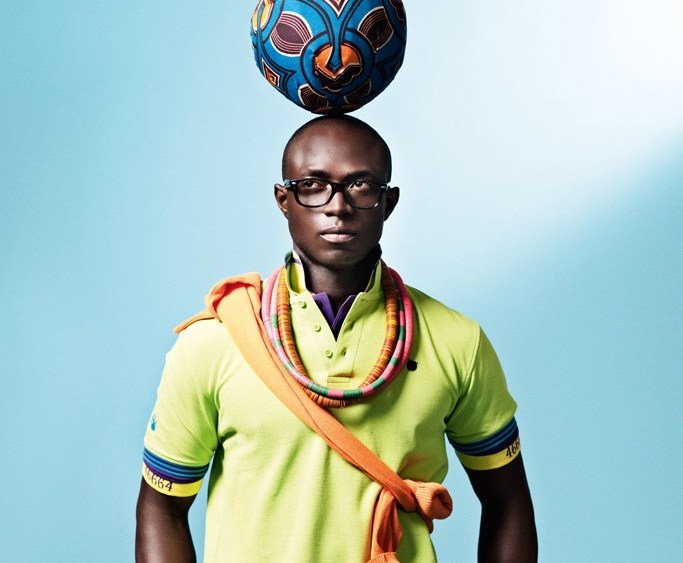 JOHANNESBURG — He has been hailed as a hero who fought for racial equality during the dark days of apartheid. Now, former South African president Nelson Mandela is set, in his 90s, to become a fashion icon.

The new 46664 Apparel brand of men’s and women’s wear was unveiled recently at a glittering launch in the Johannesburg flagship of Stuttafords department store in Sandton City mall. Envisioned as South Africa’s first global apparel brand, 46664 Apparel was conceived both to pay homage to the great democracy leader, and to provide a sustainable platform that would benefit the struggling clothing and textile manufacturing industries of South Africa. Local manufacturing giant Seardel, together with Brand ID, has been awarded the license to manufacture and market apparel under the 46664 label.

For many South Africans, 46664 represents a deeply significant number: It was Mandela’s prison ID while he was incarcerated for treason and sentenced to hard labor at the infamous Robben Island prison off the coast of Cape Town.

His fellow inmate and now business magnate, as well as Minister of Human Settlements, Tokyo Sexwale commented that “46664 Apparel is not just another brand, but a way of giving back to an organization that is intimately connected with the legacy of this country’s greatest leader.” Sexwale is also a Trustee of the Nelson Mandela Foundation that oversees 46664.

Positioned as “clothing with a conscience,” the range caters to both men and women, but the men’s wear offer is particularly strong, with jeans, golf shirts, belts, jerseys and sneakers.

Wayne Bebb, managing director of Brand ID, pointed out the distinct but chic African touches in the styling: “We have shweshwe-print shirts for men, using fabric manufactured in South Africa, as well as men’s jeans and chinos with quirky details to be discovered.” He added that “superb fit, quality styling and manufacturing, plus a combination of updated classic wardrobe-building items along with fashion-forward garments built around intrinsically African color and detail are all signatures of the brand.”

While the collection is designed locally, there are plans to invite international designers to collaborate on future lines. Rumors are rife, in fact, that the first such guest designer would be Stella McCartney. Bebb declined to confirm whether this was true, but said: “We would of course be honored to have someone of Ms. McCartney’s standing aligned to this incredible brand.”

With Stuttafords as the key retail partner for 46664, the brand is stocked in 15 stores nationwide, as well as in its stores in Namibia and Botswana. In addition, 70 other independent retail partners will be carrying the brand. By mid-November, the online boutique 46664fashion.com will be operational, and a stand-alone concept store is planned for early 2012 in Johannesburg. An international rollout will follow next year.

Bebb added that Brand ID has been in discussions with international retailers for nearly a year. Interest in the brand has been “uniformly positive,” he said, “particularly now that we have moved past our South African launch and are able to fully showcase our vision for creating the country’s first global brand that’s as good as comparable brands around the world.”

While the Trustees of the Nelson Mandela Foundation, as well as the top brass at Seardel/Brand ID, see 46664 Apparel as a brand all South Africans can wear with pride, the rather steep prices make it out of reach for the average South African. According to the International Monetary Fund, the country ranked 71st out of 183 countries in 2010, based on a per capita income of $7,158.

Still, Bebb, while reluctant to disclose the initial sales performance of the brand, said, “We’ve had great results from all regions, and the response has been really positive.”