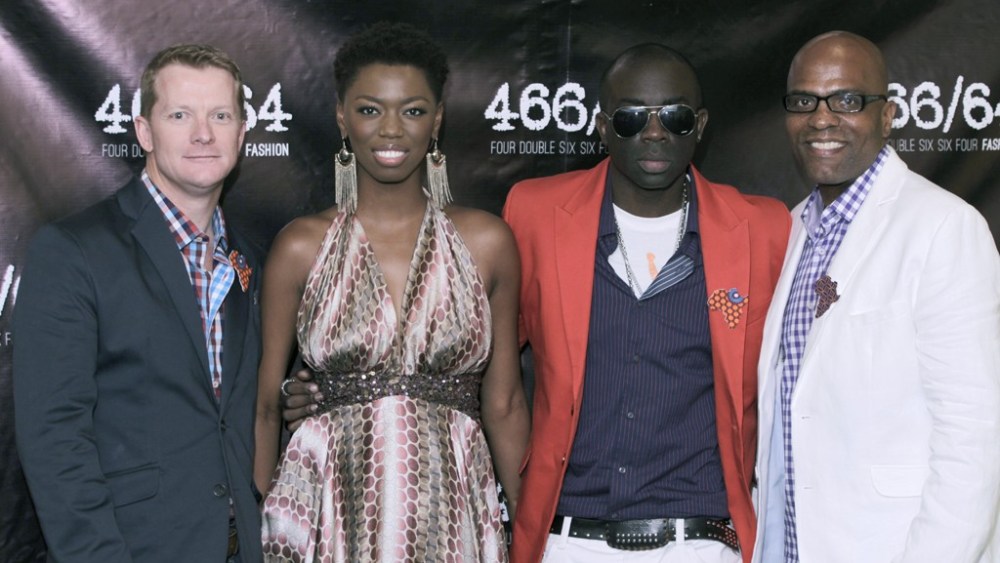 “We couldn’t find a better day to have this launch than on Nelson Mandela International Day,” said George Monyemangene, South African Consul General, speaking at a press conference Wednesday.

Held at the South African Consulate in New York, the event introduced 466/64 Fashion to the North American market. Dallas-based Company b secured the exclusive sublicense of 466/64 Fashion for the U.S. and Canada from Brand ID, a division of Seardel, South Africa’s leading clothing and textile manufacturer. Seardel is the brand custodian and the master license holder of 466/64.

The brand (pronounced four, double six, six four) was founded by Nelson Mandela, who turned 94 on Wednesday, and is taken from his prisoner number (prisoner 466 in 1964) when he was incarcerated on Robben Island just off the coast of Cape Town. Mandela, who spent 27 years in jail for leading an armed anti-apartheid campaign, served as South Africa’s president from 1994 until 1999. The apparel line was first unveiled in South Africa in early 2011.

Lira, a multiplatinum South African vocalist, and Sam Sarong, an international model — who are the faces of the brand — spoke to the crowd and showcased pieces from the fashion collection, along with several models. The line is defined by bold colors, prints, subtle detail and fashion-forward styling. It includes chinos, dresses, denim, blazers, T-shirts, shirts and knitwear. Lira, who as a young South African experienced the back end of apartheid and later freedom, spoke of how she’s now able to be and do anything she could imagine. “I’ve become a beacon of hope. Now that I’m living out my dream I would like to leave a legacy for my generation. As a young South African, I can wear a brand that makes me proud to show where I’m coming from,” said the singer, wearing a boldly printed 466/64 long dress.

The first ranges of the women’s, men’s and children’s wear will be available via its online retail platform, 46664fashion.com, which went live Wednesday, as well as specialty stores for the remainder of the year. The line will be distributed to department stores beginning next spring. It will be shown during New York Fashion Week in September. Erin Patton, chief executive officer of Company b, said the firm is negotiating with 23 countries to distribute the collection, beginning in 2012 and 2013.

The global expansion of 466/64 Fashion is expected to increase funds flowing into South Africa and to help create jobs in South Africa’s local textile industry. Sixty percent of the collection is produced in South Africa. The brand also hopes to provide a sustainable source of income for 466/64’s humanitarian work and have a positive impact on the struggling clothing and textile sectors. Seven to 9 percent of the brand’s proceeds are earmarked for the 46664 Foundation.