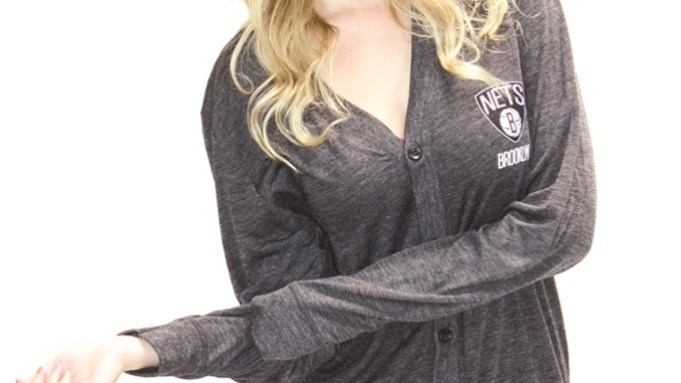 The Nets have a new home and new logo, and just signed an apparel partner to promote it all.

Sportiqe has been licensed to create an apparel line beginning with Nets-logoed cardigans and hoodies, both priced at $75, and T-shirts, priced at $39. The products will be sold in Bloomingdale’s, Atrium, Society Men and about three dozen other retailers in the metro area.

The Barclays Center, being built in downtown Brooklyn, will be the Nets’ new home starting next season.

Sportiqe made the cut based on its track record of licensing collaborations with the National Basketball Association, the National Collegiate Athletic Association, ESPN and other sports organizations. Sportiqe also said it seeks to elevate licensed apparel from the typical basic approach to “true fashion” based on researching the trends and encouraging licensors to be more fashion-forward.

After a 35-year run in New Jersey, the Nets basketball team has been renamed the Brooklyn Nets. The Nets played their last game in New Jersey last week at the Prudential Center and lost to the Philadelphia 76ers.