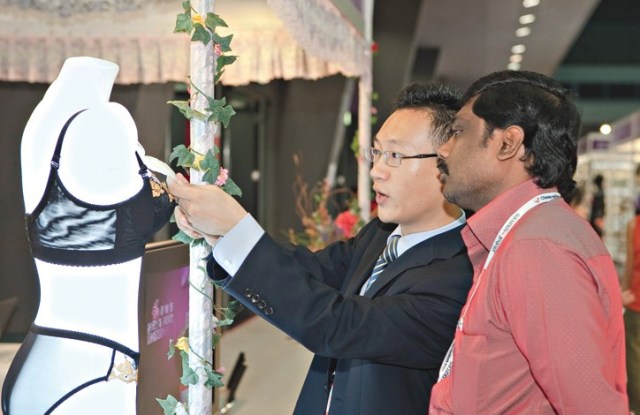 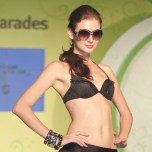 China’s economy and manufacturing sector are picking up steam again, posting impressive new growth numbers that point to a strong recovery from the global financial crisis.

Not far behind, textile and apparel trade fairs in Hong Kong and Mainland China are approaching the next six months with renewed vigor and hope for a revitalization in customers and purchases.

“In general, Asian economies are recovering from the global crisis more quickly than elsewhere,” said Michael Duck, director of Hong Kong’s Asia Pacific Leather Fair. “This region has the world’s largest populations and its citizens are fast improving their standard of living and level of disposable income. These economies, once regarded as the low-cost production platforms for an affluent West, are now turning attention to their domestic markets.”

“I think the number of customers will keep increasing because of the influence of the recovery on our industry,” Yang said. “People are now willing to investigate more. Producers and designers will come out and look. They want to find more cost-effective goods, which benefit their own companies.”

Last year, as the crisis set in and American and European buyers became scarce, many thousands of Chinese textile and apparel factories shut their doors. Those who decided to tough it out looked for new business in emerging markets such as the Middle East, Africa and China’s own domestic market. Some companies that previously depended on export-only business models have begun earning profits [at home], Yang said.

Last spring, trade show attendance was bleak, but things began to turn around for the autumn round. Sarah Benecke, executive director of Global Sources, which organizes the China Sourcing Fairs in Hong Kong and Shanghai, said exhibitors should be prepared for an increase in price pressure.

“Buyers are still being very cautious. They are looking for lower price points, particularly those from the U.S.,” she said.

Li Mei, of the Shanghai International Clothing and Textile Expo, said this year’s show traffic and vendor attendance is certain to be better than last year’s. “The textile industry is recovering and people will want to see what’s available,” said Li.

Liu Qing, of the Qingdao International Fabrics, Accessories and Yarn Expo, said new markets have provided new opportunity that is not going to disappear, even as American and European customers return to the fairs.

Diversification of markets is “a strategy that’s working,” said Liu.

This year’s editions of the China Sourcing Fair, for example, saw double- and triple-digit increases in the numbers of visitors from India, Korea, Indonesia, South Africa, Mexico, Poland and the United Arab Emirates. “Our shows are really a proxy for what’s happening in the world,” Benecke said.

Wendy Wen, director of trade fairs for Messe Frankfurt (HK), which organizes Interstoff Asia Essential in Hong Kong and Intertextile in Beijing/Shanghai, agreed developing markets are becoming increasingly vital to the industry, even if they are not all quite ready for the relatively expensive eco and functional fabrics on offer at Interstoff. “These markets are so vast and consumer demands are constantly changing, [so] sourcing for specialist fabrics is certainly on the rise. It might be a slow rise, but eventually these sorts of fabric demands will gather momentum,” she said.