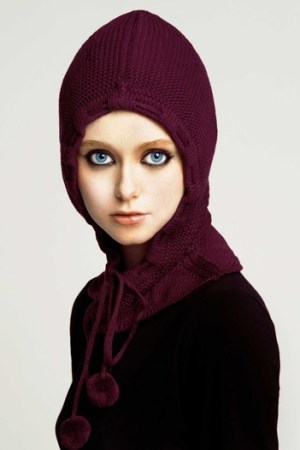 AMANDA CHARLES ENTERS DRESS MARKET: Moderate knit firm Nina Leonard is launching a better-priced knit dress division for fall. Named Amanda Charles (Amanda is owner Lenny Feinberg’s daughter, and Charles is his middle name), the line will wholesale from $49 to $69 and sell in more than 150 doors, including Lord & Taylor and Belk. “There was an explosion last season with the sweater dress, and I wanted to use better yarns, like ponti and wool acrylic,” said Feinberg, declining to project volume. The line includes A-line dresses and tunics in both solids and prints, often including belts, and are “engineered so they don’t touch the hip,” said Feinberg.

LAUREN HANSEN ADDS ACCESSORIES: Lauren Hansen is launching knit accessories for fall to capture lower-priced impulse buys with hand-spun-looking scarves, capelets, shalls and hats. “A lot of our customers — last year especially — were nervous of the economy, but they still have racks and shelves to fill,” said Christopher dal Piaz, president of parent company SML Sport Ltd. Co. “We saw in Europe this niche market for scarves, hats and gloves, which we incorporated into a sportswear collection so accessories can hang with our sportswear at a lower price point.” While the normal Lauren Hansen sportswear collection wholesales for $50 to $125 in about 400 doors, including Bloomingdale’s and Nordstrom, the new accessories line will wholesale from $25 to $40 for fall in a projected 100 doors. Dal Piaz predicts it will become more than a $1 million wholesale business within two years, declining to disclose current sportswear volume.

KRAZY KAT LAUNCHES SANDY & SID: Moderate sportswear firm Krazy Kat is looking to better- to bridge-priced knits to grow its top line. “We have a great back office and infrastructure, and what we need is to add more sales, which you can do by opening new categories,” said Bansi Lakhani, chief executive officer of Krazy Kat, which is predicting it will hold its $45 million in wholesale volume steady this year, plus layer on new businesses, including a scarf line it launched for spring. For fall, Krazy Kat is entering the novelty knit business by introducing Sandy & Sid, named after Lakhani’s two children and designed by Sanjiv Thakkar, who hails from knit firms Ava and Hampshire Brands. Consisting of cardigans with special detailing and sweaters with colorful prints, Sandy & Sid will wholesale from $39 to $286 and is expected to sell in about 100 doors for fall. Lakhani projects the new line will do $4 million in wholesale volume its first year and $10 million within three years.