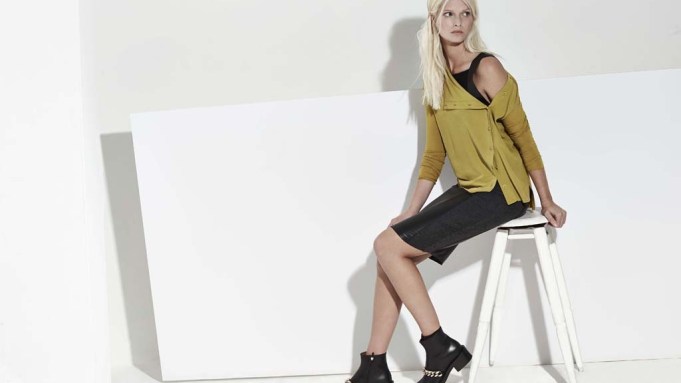 NEW YORK — Sportswear manufacturers that produce domestically wouldn’t have it any other way.

As more companies choose to manufacture their collections in the U.S., vendors said the advantages outweigh the disadvantages. In addition to being able to keep close tabs on their production and quality control, manufacturers say they can turn items more quickly and can jump back into a hot-selling style. They also believe domestic manufacturing becomes a selling point, as stores and customers appreciate that they’re creating jobs in the U.S. The biggest downside is that it’s typically more expensive than manufacturing abroad.

New York and Los Angeles, the two key apparel production hubs in the U.S., have continued to revive their manufacturing through industry-led initiatives and marketing.

PVH Corp. remains committed to manufacturing in the U.S. across multiple brands in their dress shirts and neckwear businesses. PVH has its own neckwear facility in Los Angeles and utilizes other third parties to manufacture in the Southeast.

“Over the last few years, PVH has been revisiting how much and what it produces in the U.S., and has a team evaluating further opportunities around what we can do going forward,” said a company spokeswoman.

Nanette Lepore, a strong proponent of the Save the Garment Center movement, said the manufacturing initiative put into place last fall that granted $650,000 to New York factories was a big step. The average endowment was between $50,000 and $150,000, and she added that it did a lot to raise awareness of small factories in the garment center. The seven winning manufacturers, which employ nearly 300 people, were selected from a pool of nearly 40 applicants through a rigorous evaluation by a panel of industry experts. The winners were New York Embroidery Studio, Martin Greenfield Clothiers, Werkstatt, In Style USA, Create-a-Market, High Production and Vogue Too.

According to the Garment District Alliance, last year there were 238 total contractors, 164 for apparel. Lepore uses between five and eight New York City factories and produces 85 percent of her collection there. The only things she’s unable to manufacture in the city are heavily embellished pieces and full fashion knitwear, both of which she makes overseas.

She prefers to manufacture in New York for speed-to-market and inventory and quality control. Lepore said she misses all the button firms who used to line West 38th Street. As a domestic manufacturer, Lepore said she can produce a garment in 10 days to three weeks after tracking how an item is moving at retail and then do another production run.

Maria Cornejo manufactures 70 percent of her collection in New York. The only apparel she doesn’t make locally are jerseys made in Turkey and knits in Hong Kong. Her fabrics also come from Italy. Cornejo said she hasn’t been able to source her trimmings in the U.S. because “they don’t exist anymore.”

Aside from being more expensive to produce in the U.S., she doesn’t see any downside. “I think people realize it’s more cost-effective to be able to execute the quality in New York” and to produce 20 blocks away from her showroom. When the hotels and airfare are factored in to the cost of doing business abroad, it might make sense for large firms, but for companies making 50 to 150 pieces per style like her, it doesn’t, she said.

Cornejo uses three to six factories in the city, some that specialize in leather, shearlings and coats, and others that make swimwear and cover-ups.

Ruthy Emsallem-Grode, chief executive officer of Bailey 44, which received the Made in the USA Foundation Hall of Fame Award in July, manufactures the majority of her collection in Los Angeles. Grode said she’s able to support the American market and create jobs in the U.S. There are no language barriers and it’s easier to identify reputable manufacturers. She also said if something is selling well, she can turn around orders in six weeks.

Bailey 44 uses about 22 contractors for its sportswear and dresses in the U.S., but only recently began manufacturing its new sweater collection in China, which Emsallem-Grode noted requires at least three months longer to get goods made than the regular line. She said her sweaters were stuck in the port for one week, which posed a problem. “Luckily we padded [the schedule],” she said.

Though it costs her more to produce domestically, Emsallem-Grode said if she was manufacturing overseas and had to project a year ahead of time and missed a trend, it would end being more costly. One disadvantage to producing in the U.S. is higher manufacturing costs and stores get used to fast production runs and delay placing their orders.

Alex Garfield, president of Peace of Cloth, has been making its entire collection in New York City at its factory on West 39th Street for 25 years. Garfield said stores are able to reorder bestsellers on the line and he can turn a major order in three weeks.

With all the conversation about cause-related marketing, he said, “We’re finding a great cause is Made in NYC and Made in America.” Each garment has a Statue of Liberty image on the inside tag, and he said stores react well to the fact that everything’s made in the U.S.

Peace of Cloth sells primarily to specialty stores, as well as Neiman Marcus’ catalogue and Nordstrom. According to Garfield, the advantages to manufacturing in New York are that they can control their production entirely, and if they make a mistake, they can pull it off the table “and we don’t have to eat it.” In general, being a domestic producer “just means that I sleep better at night,” said Garfield.

Michelle Smith, founder and designer of Milly, said she’s been manufacturing in the U.S. since she started her company 13 years ago.

“We created our business plan to be Made in the USA,” Smith said. “It’s important to us to be able to support local jobs, to offer great quality and have a close handle on the production and quality process. It’s exciting that more manufacturers are coming back or at least bringing back portions of their manufacturing.”

Milly does all its manufacturing within a five-block radius and keeps eight to 10 factories running at their capacity. Sometimes there are hand-beaded components she can’t execute in New York, so she will send them overseas. For instance, Milly will do a beaded panel in India and finish it in New York. Milly uses fabrics from Italy, France and sometimes Spain. It has a production team that’s constantly in the factories, “but I see garments that come off the line in my office every single day for final approval. It’s a really fast process. I make a complete collection every month, so we’re shipping 12 to 13 times a year for ready-to-wear.” They also manufacture swimwear domestically in Long Island City in Queens.

In January, Smith appeared on “Project Runway All Stars,” and in the episode held a contest with participants, where they had to create a rtw look from Milly fabrics for less than $400. The winning look was designed by Seth Aaron, and the dress was sold on Milly’s Web site and her flagship in New York. It sold out. One-hundred percent of the profits went to Save the Garment Center.

Nellie Partow, who has designed a high-end collection under her own name for three years, is another domestic proponent.

“We’ve always manufactured in the U.S.,” Partow said. “For me, it’s something that’s personal and what I believe in. One of the biggest advantages of manufacturing locally is you have such incredible control over the quality. You can step into the contractors on a daily basis and see how things are going. In terms of quality control, it’s incredibly valuable. I do believe in supporting the local craftsman.”

“The biggest challenge is there’s a limitation of what’s available in the U.S. in terms of machinery.…I  am seeing a movement of manufacturers and contractors purchasing more machines,” she added.

Partow said she’ll do fine-guage knits here, as well as hand-knits. Partow does 95 percent of its collection in the U.S. and 5 percent in Italy. She imports all her fabrics from Italy.

“One of the disadvantages of domestic manufacturing is it’s very expensive to produce locally. To us, it’s important. So much of the brand’s DNA is product-centric and focused on the construction and the detailing that goes into each garment. There are a lot of intricate details that go in and they need so much attention from these craftsmen.”

Having opened a store and atelier at 12 West 29th Street in New York last fall, Yeohlee Teng routinely sees how shoppers and visitors respond to her locally made collection. The designer said her sustainable, zero-waste creations connect with socially conscious Millennials.

“If you really want to innovate and create, you need to be hands-on,” Teng said. “You don’t have to Skype with factories or e-mail designs. I really thought the resurgence in local manufacturing was inevitable, even going back to 2007, when labor prices started to eke up overseas. You cannot argue with having good control of your design and being in close proximity to the people who make your things.”

Bibhu Mohapatra produces 95 percent of his collection in New York, with the remaining knitwear samples made in Europe and Asia.

“I prefer to produce in New York because you can keep a close eye on quality and make any necessary changes easily,” he said. “It also allows us to create jobs and more work for the factories we use.”

After the economic collapse, shoppers and manufacturers are paying closer attention to where and how their clothes are made, he said. To that end, Mohapatra has taken on the added expense of attaching a Made in New York City label to all of his designs.

Designer Timo Weiland is also on board with that concept. Weiland said, “New York manufacturing is a very important part of our story. We take pride in supporting our local economy through giving large production quantities to our loyal manufacturers and their factories.”

Bob Bland, ceo of Manufacture New York, which provides designers with resources and skills to produce in New York, said there is “huge demand” for local manufacturing. Her group is helping 80 companies connect with nearby factories and 120 others are on the waiting list. There is also a new program that is certifying the first round of Brooklyn Made goods, Bland added.