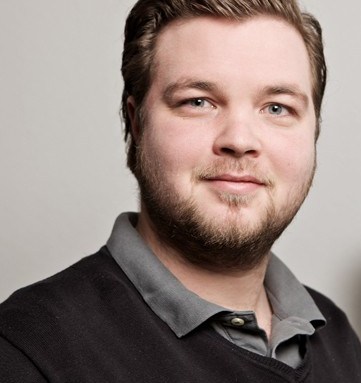 If there were a prize for the show with the most challenging shoes, the award last season in Berlin would have gone to Scherer González. Using heavy glass platforms, almost a foot high, festooned with real flowers, Paul Scherer, 28, and Constanze González, 31, were asking a lot of their models — who remarkably avoided any tumbles. Showing again this season, the Berlin-based pair, who met at fashion school, is clearly just as resilient. Extravagant gowns, corseted bodices and tailored suits will again feature strongly, with a more subdued palette of grays and browns replacing last season’s neon pinks and greens. And although the flowers will stay, this time around they will be dried or silk, for a more morbid, wintery feel.

Having launched their collection in January 2005, the designers form part of a new generation of Berlin labels that favor intricate tailoring and high-end eveningwear, instead of the grungy club-gear and printed T-shirts that characterized the city’s fashion scene in the Nineties.

“Anyone can print a T-shirt, but the more complicated the cut, the better you have to be,” explained Scherer. Going upscale is certainly a way of weeding out the competition, agreed partner González.

It’s quite fitting that Kilian Kerner got his designer start at a concert when German pop singer Nena fell for his self-printed T-shirts. Still, Kerner’s come a long way from his beginnings with recycled tops and pants, having graduated to a full collection of polished but edgy attire for the men and women of his club generation.

“The first six collections were my training,” said the soon-to-turn-30 Cologne native, who originally came to Berlin to study acting. His seventh, for spring 2009 — shown on the Mercedes-Benz Fashion Week Berlin runway last season accompanied by his favorite band, SplinterX — “was the first where I felt I really knew where I want to go: pared down yet very extravagant and wearable fashion.”

Personal in approach, Kerner’s collections “always develop from a feeling,” which, with the help of best friend and SplinterX lead singer Ben Ivory, is also then expressed in a theme song. Last spring was about those first seconds when you notice a special someone, while this season reflects “a stroke of fate, accepting it, letting go and moving on.”

In stylistic terms, that means a look that’s “a bit more elegant. More mature,” Kerner said. “The fabrics are more high end, the men a bit more masculine, and the women truly feminine.”

Featuring about 80 pieces in total, the Kilian Kerner collection retails between 150 to 800 euros, or about $200 to $1,100 at current exchange. While he initially sold to a number of specialty stores in the U.S., “the payment moral wasn’t the best, so America is currently on ice.”

His main customers are small boutiques in Germany, Austria, France and Japan.

“There is so much going on in Berlin right now,” said Markus Lupfer, 38, when asked why he’s decided to show in his native Germany for the first time. Based in London for the past 13 years, and until 2003 a regular exhibitor at London Fashion Week, Lupfer sees Berlin as a chance to get back to his roots and break into the German market.

He’ll be showing his trademark printed knitwear and embroidered jerseys as part of a still-life presentation in the faded grandeur of a former Prussian palace across from the main catwalks on Bebelplatz. Dubbed “crime of fashion,” the presentation will feature 20 outfits on mannequins strewn about on the floor, cordoned off to mimic the aftermath of a crime scene. This delinquent take on fashion reflects Lupfer’s move away from pretty, feminine tailoring to a tougher, edgier look: rock ’n’ roll-inspired prints or miniskirts paired with bovver boots mix with more classic elements such as tartan.

“The general global environment is really tough right now, which means there’s nothing girly or cutesy happening in fashion,” he said. “And I think classical elements are becoming more important because when market conditions are difficult, people tend to go for what they are the most familiar with.”

“We live in fast times and things are constantly changing,” Dobschütz explained. Indeed, the two moved from Leipzig to Berlin just last October, and they’ve already hosted more showroom visits in the German capital than in the label’s entire four years in Leipzig. Preparations are busily under way for Lac et Mel’s second MBFWB runway show, as well as a temporary market week showroom in Berlin’s tony Quartier 206 and a blow-out VIP dinner.

They also wouldn’t divulge much about the new fall collection. That it will be predominantly black (plus a second color) goes without saying.

“I find black the best to underscore contours and surface interest,” said Clemens, who’s partial to somewhat fanciful cuts in fabrics like Dupioni silk, velvet, satin, as well as batiste and pinwale corduroy. “For me, there’s nothing worse than colorful, printed or embroidered fabric. If you need it, then the cut’s boring.”

The purposely concise but non-basic collection of about 60 pieces retails from 200 to 1,000 euros, or about $275 to $1,350 at current exchange. That is, with the exception of this season’s highlight: the 100,000 euro, or just over $131,800, diamond dress studded with 2,000 glittering stones to mark Lac et Mel’s new cooperation with German jewelry producer XEN. The first Lac et Mel jewelry collection will be presented for spring 2010.