Bureau de Stil, Thebe Magugu, Winnie and Commission are some of the new names showing at Paris Fashion Week.

By Mimosa Spencer and Fleur Burlet and Joelle Diderich on February 25, 2020 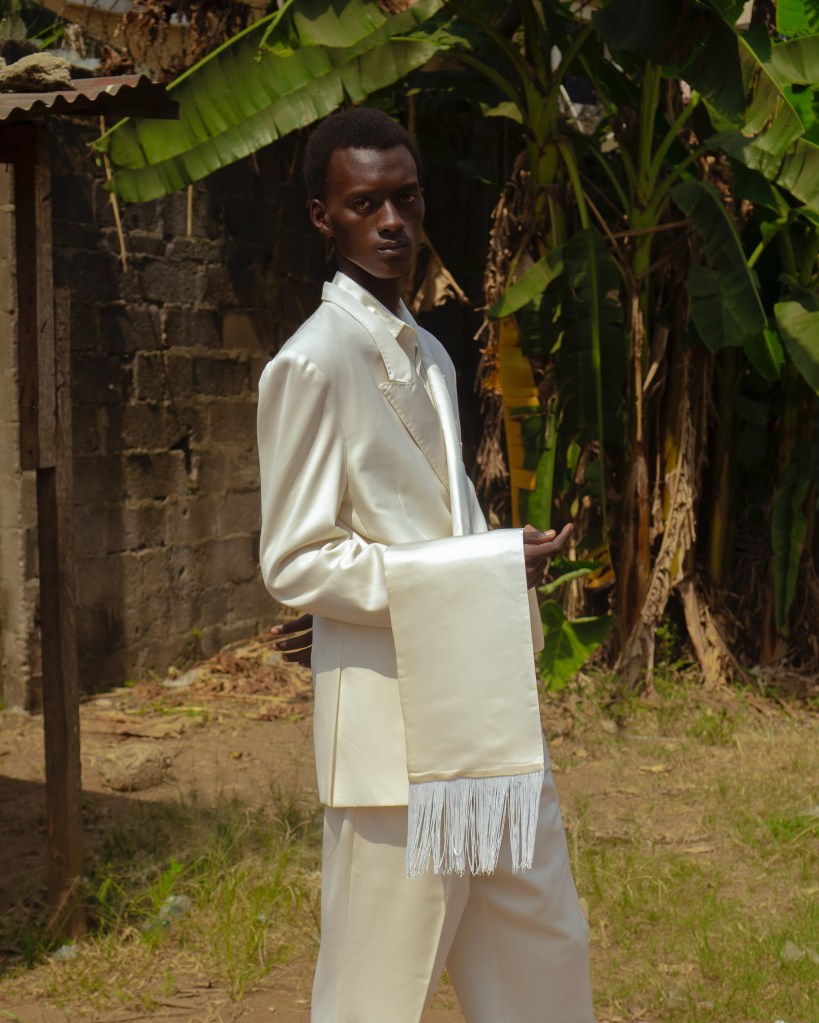 Perhaps his American contemporaries were hanging out at the mall. But when he was a teenager, Idris Balogun, the founder of New York-based label Winnie, took to “the Row” — Savile Row — in London. Landing his first apprenticeship at age 15, Balogun, who grew up in a family of Nigerian immigrants, said he feels lucky to have learned the tricks of the trade at an early age — tailoring and pattern-cutting.

“The guys on Savile Row kind of think of themselves as a separate entity from fashion,” he explained, noting they stuck to the classics, avoiding the fashion industry’s seasonal churn. He himself felt the pull and eventually moved to the design studios of Burberry and Tom Ford.

“I kind of found beauty in that, in the seasonal operation, because there’s always newness,” he said. He got himself into trouble, at times, suggesting fresh ideas.

“Like, ‘Well, why do we have this line here, instead of putting it here?’ or ‘How come our lapel can’t be a bit slimmer?’ But all houses have rules and you kind of have to kind of stick to those rules when you’re a cutter,” he said.

A stint at the Fashion Institute of Technology landed Balogun in New York, where he found the energy he was after. New friends from the city’s Lower East side introduced him to a scene he described as “very grungy, very Mod, very Eighties-era.” He said he loved the “anarchy kind of vibe,” noting he felt a certain freedom. “You could just kind of be who you wanted to be.”

His first, full collection, which he’s showing in Paris on Tuesday, draws on his Nigerian roots and he sought to capture the spirit — in a subtle way — of a festival of Egun people he stumbled upon as a child visiting the village of his grandmother. (He named the label after her, in appreciation of her unflinching support despite his unconventional career choice.)

“They take random pieces from their home and the street and make these eccentric pieces with them,” he said, describing the celebration of ancestors.

Unisex and made from luxury fabrics, his collection toggles between classic elegance, with gabardine trenchcoats and felted wool trousers, and more obvious dressiness, with pure, ivory dresses and double-breasted tuxedos with satin lapels.

He describes his own aesthetic as taking Savile Row suiting to a casual and humble sort of place. His clothing is sold in stores around the world, including Dover Street, Printemps and Ssense.

Recalling wisdom he learned from Ford, he said it’s important not to try to do what others are doing — you risk losing your core audience.

“The reason that you exist as a designer is to identify with like-minded individuals, so when you’re designing, there are people out there who will love what you do. You just have to stick to it and they’ll find you and you’ll find them.” — Mimosa Spencer 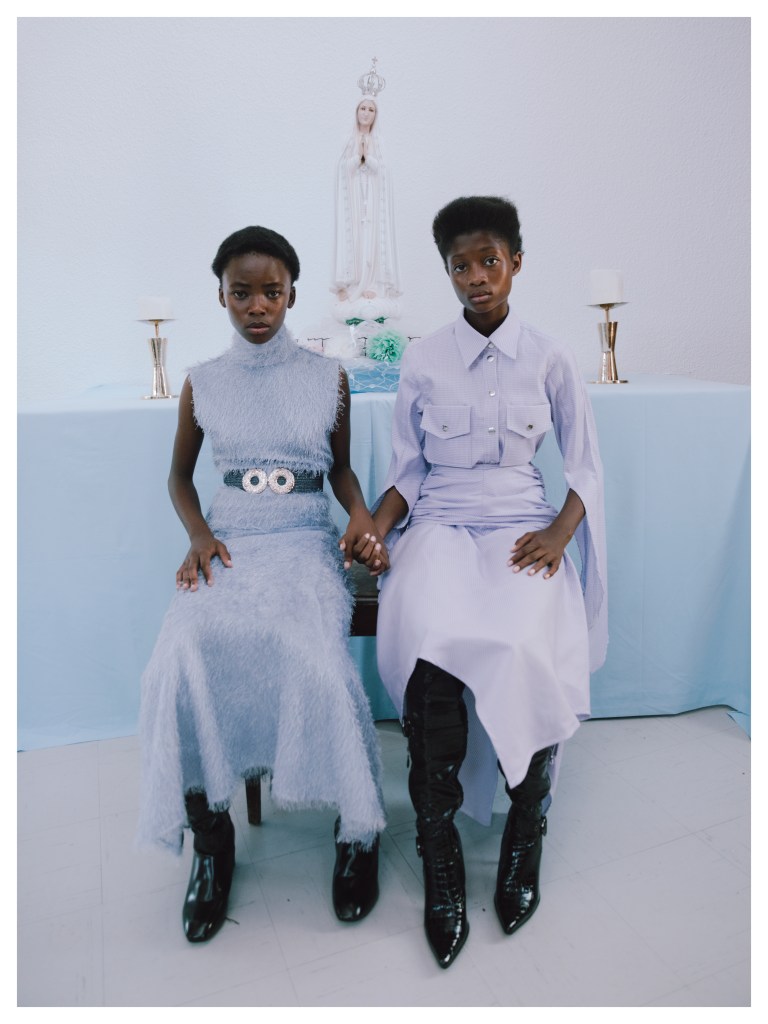 The first thing Thebe Magugu did after winning the LVMH Prize for Young Designers last fall was to start hiring staff. Up until then, the South African designer had been working on his collection single-handedly from his home in Johannesburg.

Now that he has a full-time team of four and a new design studio, he can focus on the next challenge at hand: making sure production keeps pace. Magugu is committed to manufacturing all his clothes in Africa, and he lamented that the continent’s patchy infrastructure has led to a brain drain.

“We’re losing so many people and complaining that our industry isn’t perhaps moving forward, but I think the way to combat that is to really just try and sit down and tackle what all the problems are instead of jumping ship,” he said.

As a result, he has kept his retail expansion modest, going from four stores to 10 for the spring collection, including Dover Street Market in Beijing, Singapore and Tokyo; L’Eclaireur in Paris, and e-commerce site 24S, owned by LVMH Moët Hennessy Louis Vuitton.

His fall collection will feature just 10 looks, to be shown in a presentation at the Palais de Tokyo on Tuesday alongside a photo project set in the Ipopeng township in the mining town of Kimberley, where Magugu grew up.

The images were lensed by Kristin-Lee Molman, who recently shot Rihanna for the cover of The New York Times Style Magazine, and styled by Ibrahim Kamara, whose latest projects include the 2020 Pirelli calendar.

Magugu channeled details such as the corrugated iron of his aunt’s house into a trompe-l’oeil stripe print, while another pattern was inspired by the waxed tablecloth in his grandmother’s kitchen. The collection clearly resonated with Ipopeng’s residents.

“While we were shooting, people became part of the story. People just came in, put on the clothes and started posing. They were laughing at it, gathering around. They immediately just sort of got it,” said Magugu, clearly delighted with the outcome. — Joelle Diderich 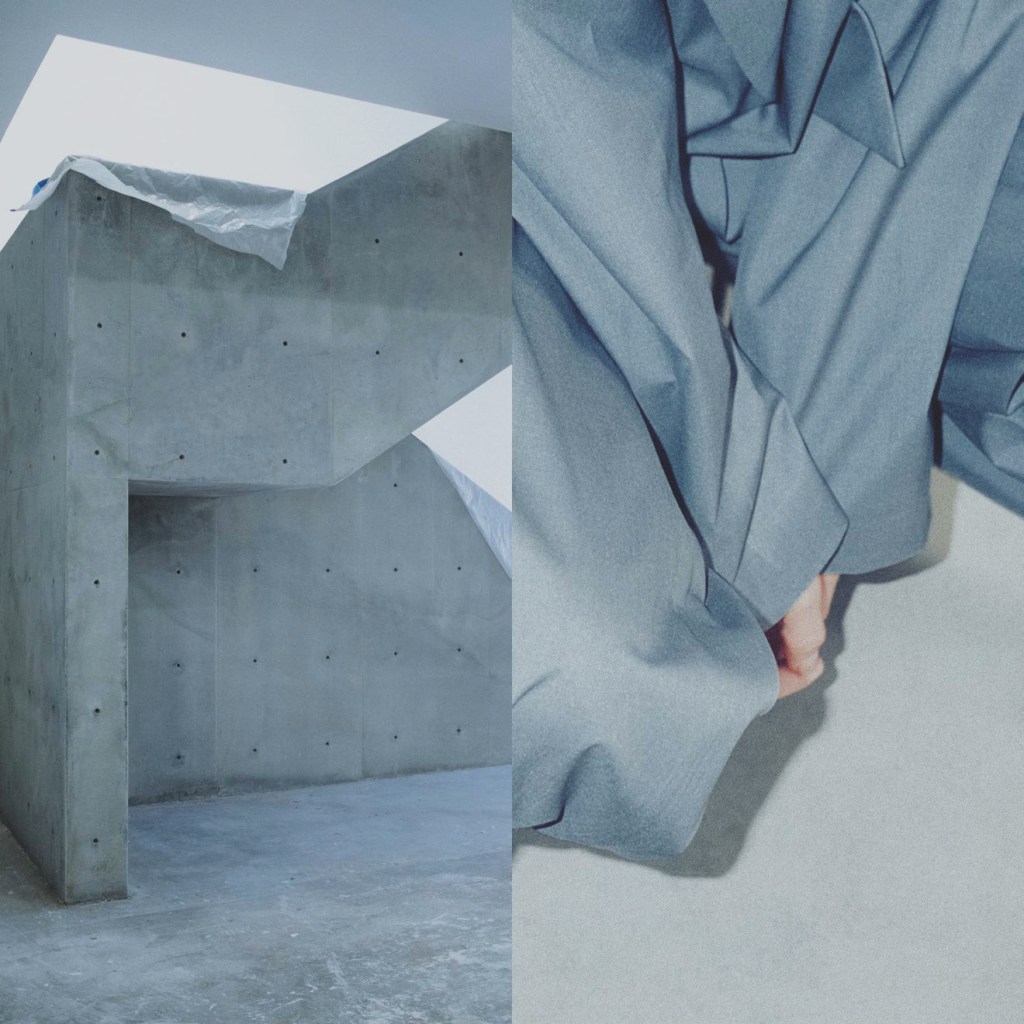 Ben Taverniti, cofounder of Unravel, has embarked on his next adventure. “It was time for me to move on,” said the designer, speaking from the Los Angeles studio of his new fashion brand Bureau de Stil, staying mum on the future of his former fashion project.

The name of Taverniti’s new label riffs on the French term “bureau de style,” or “trends forecasting agency” in English, and has a resolutely different approach than its predecessor. “I wanted to create a brand that would almost be like a research studio in reaction to over-consumption and a super-saturated fashion market,” the designer explained. “Something that people aren’t expecting, not a 2.0 version of what I’ve already done.”

Bureau de Stil will debut on Wednesday during Paris Fashion Week with women’s wear, while men’s wear will drop in June and accessories will be added next women’s season. Taverniti aims to open the label’s first Los Angeles store in the next year.

The brand was built around the idea of the elusive “perfect closet.” Its first collection, mainly made in Florence, Italy, features sharp tailoring, luxe cashmere pieces, leather jackets, knitwear and well-cut trousers in black, gray, white and ecru shades, inspired by the Brutalist main staircase of the Bureau de Stil studio.

“I pushed a certain sophistication that probably wasn’t part of my DNA in the past,” mused Taverniti, adding that the key words for the label’s style are “sophisticated, modern and very, very sharp.”

The new label is also mindful of environmental issues. Bureau de Stil’s denim pieces were created from a sustainable fabric developed with an Italian mill, which was then washed and cut in the label’s Los Angeles atelier on Sunset Boulevard. “I’ve been doing denim for over 15 years and I know how damaging it is to the environment,” said the designer, who will turn 40 on the day he unveils his new project. “So we’re using sustainable fabric and sustainable washes. We need to do our part. We’ve grown up.” — Fleur Burlet 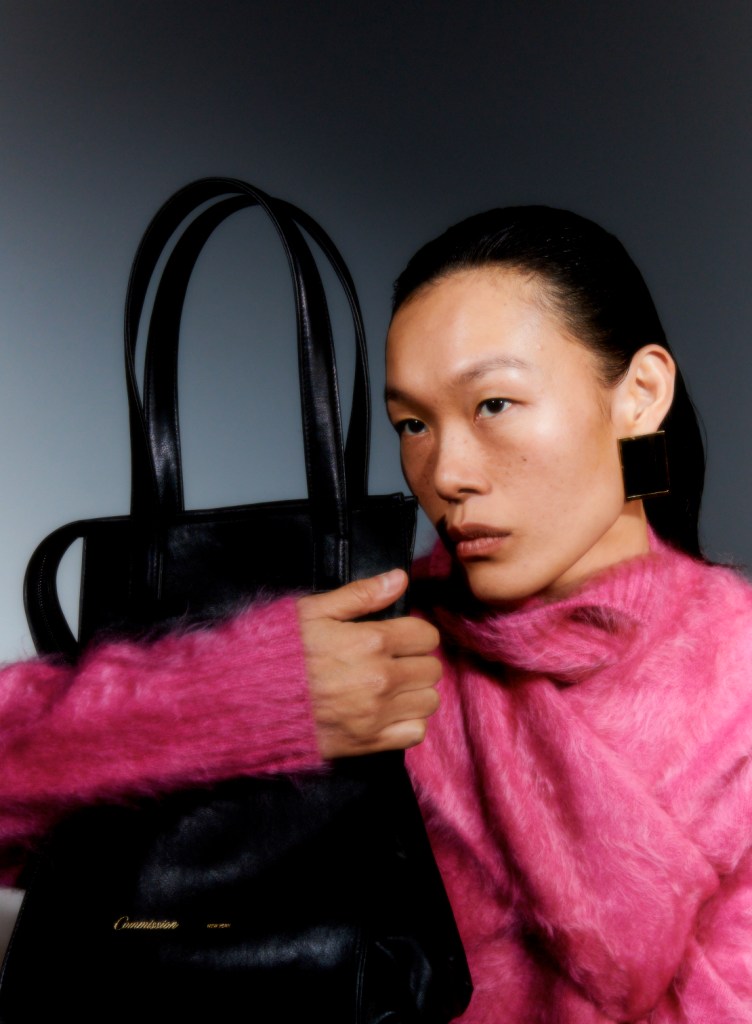 Dylan Cao, Huy Luong and Jin Kay founded their New York-based brand Commission with mom in mind. Seeking to capture the judicious stylishness they saw in their working mothers in the Eighties and Nineties, the company offers sensual, feminine tailoring with a subtle, retro flavor — pairing satin blouses with trim, high-waisted trousers, for example, and topping off the look with cropped, sharp-shouldered vests.

They set out to project an Asian sensibility — Kay hails from South Korea while Cao and Luong are Vietnamese — but are finding the label resonates with people who grew up in all parts of the world.

“Multicultural is something we are really blessed to have witnessed,” Cao noted.

There was a kind of “universal dressing code,” he added, referring to the era that inspired them, even if different regions had their own take on suiting — and those big shoulders.

The Parsons graduates each bring their own specialization to the brand. Kay won the Parsons and Kering Empowering Imagination designer of the year award in 2012, and has worked in women’s wear for Gucci, Narciso Rodriguez and Prabal Gurung. Cao is an accessories designer and Luong’s focus is graphic design and photography. The LVMH Prize finalists are bringing their brand to Paris for the first time with the intention of broadening their audience. They were launched on Net-a-porter’s Vanguard program before being picked up on Ssense.

What do their mothers think? The trio described them as honored and bemused.

“I think they are honored and excited that their children are doing something as a tribute to them — we constantly ask them to send us more photos for inspiration — but we rarely send them clothing design for approval,” laughed Kay. Cao chimed in:

“Just send us the photos, but maybe not so many opinions!” — M.S.