Chacott by Freed of London and Hannari & MG are both well-established in Japan, which the company hopes to capitalize on in North America. 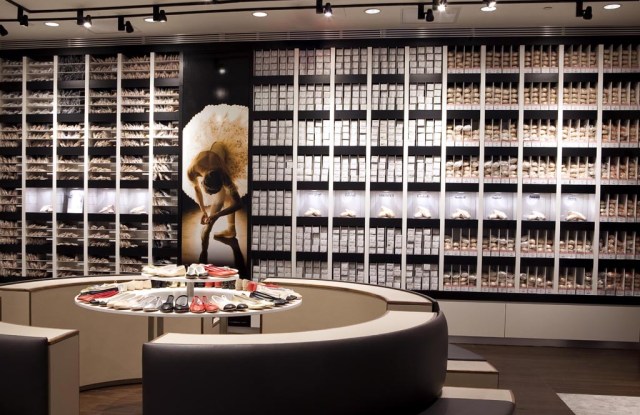 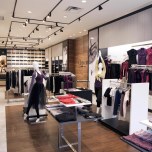 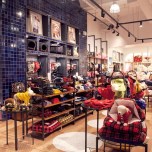 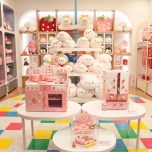 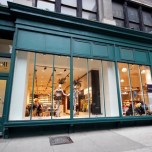 The former is a dance and ballet apparel store with a skin-care line and yogawear collection; the latter is devoted to pet-related goods and children’s education items. Their combined retail space is 3,800 square feet. Both are what Onward considers lifestyle concepts already well-established in Japan, and which the company hopes to capitalize on in North America

In New York for the flagship openings, Takeshi Hirouchi, chairman and president of Onward Holdings, used the occasion to share the company’s international strategy for its various brands, beginning with Jil Sander. “We have Jil [Sander] back and we’re happy with that,” said Hirouchi. “With Raf Simons, he was a little bit forward-fashion and that was well-received, but now we’re going back to the origins with Jil. From what I hear, the reaction of the retailers has been good since the designer’s return to her label last year.”

In terms of a retail growth plan for Sander, Hirouchi sees Asia as a focus with additional potential in the future in Brazil and Russia, which are untapped markets thus far. He also stressed the importance and growth potential of Jil Sander Navy, the label’s more accessibly priced line. Asked if Sander would oversee the design of that collection, Hirouchi said, “That is the direction.”

Hirouchi also talked manufacturing. Between Onward’s production capabilities with Gibò Co. and Iris, both of which operate out of Italy — the latter in a new, state-of-the-art facility near Venice that is capable of producing 30,000 shoes a day — and factories in China, the group has established a strong “platform” on which to roll out wholesale and retail expansion in Europe and North America. “The craftsmanship starts in Italy and, of course, now we have China,” said Hirouchi. “There is a synergy there and a nice flow of communication between Italy and China. There’s a know-how that we’re sharing.”

On the subject of ICB, which was relaunched with American designer Prabal Gurung at the helm a year ago, it will remain exclusive to Barneys New York through pre-fall 2013. After that, the collection will be open to other speciality retailers. As a result, the label will hold its first runway show Feb. 11 during New York Fashion Week. Previously, the collection has been shown digitally through KCD’s Digital Fashion Show platform.

As for acquisitions, Hirouchi said Onward is always looking and hinted that a deal with another well-established lifestyle brand along the lines of Chacott and Hannari is on the table.