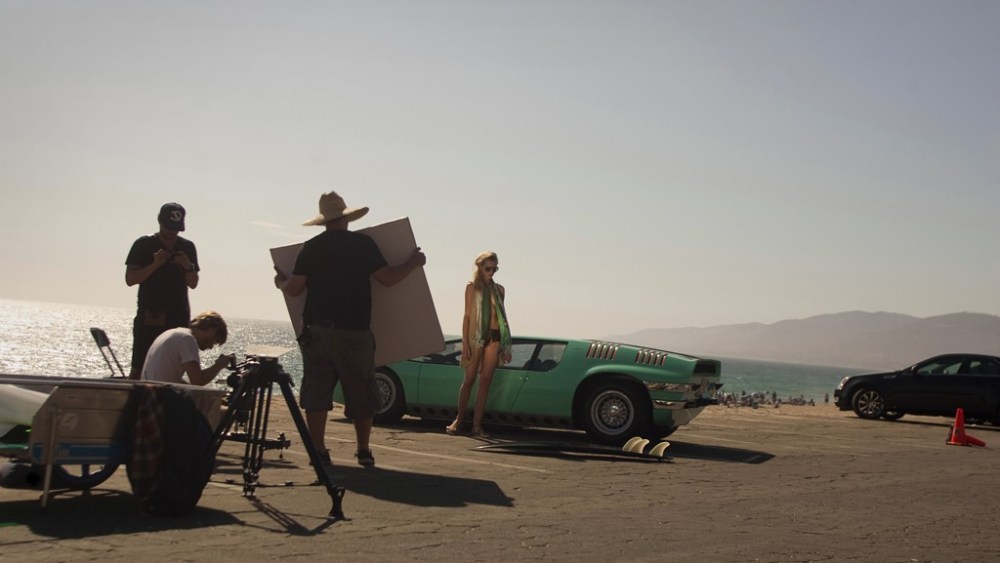 As the world turns its focus to Brazil, the sophisticated, surfy Brazilian brand Osklen is looking beyond its home country with an advertising campaign shot in California, its first appearance at New York Fashion Week and plans to add U.S. retail stores.

A staple of São Paulo Fashion Week, Osklen, founded by former physician Oskar Metsavaht in 1989, will make its American runway debut at 3 p.m. on Sept. 11 at Lincoln Center. The brand spans many categories, including footwear, accessories and men’s wear, but the show will center on its women’s ready-to-wear.

“I was invited some years ago to come, but I didn’t want to be like other Brazilian designers that have come to show in New York just to show without having any foundation,” said Metsavaht. The brand has been slowly laying that foundation by opening a store in Manhattan’s SoHo in 2007, and another on Lincoln Road in Miami in 2010. The brand also hired FiftyTwo Showroom to build its U.S. wholesale business.

The theme of Osklen’s spring collection is “Endless Summer.” “You know, that perfect day you have when you go to the beach in the very early morning and you spend all day from the sun rising to the sunset, and the colors that come from that. We have colors in the collection from the different landscapes on the beach at different times,” explained Metsavaht.

To further tell the story of the collection, Metsavaht decided Southern California would be the ideal setting for Osklen’s spring ad campaign launching in the January issues of Vogue Brasil, V Man and Interview. The shoot took place in three locations — Vasquez Rocks in Agua Dulce, Westward Beach in Malibu, and the Santa Monica Pier and nearby beaches — from Aug. 8 to 10.

Metsavaht snapped pictures behind the scenes as photographer Vavá Ribeiro captured models Heather Sutton, Jacob Crumbley and Alicia Kuczman in images that incorporated the natural environment and modern elements such as mirrored balls and a vintage turquoise sports car. Metsavaht said the contrasts are evocative of Los Angeles and Rio de Janeiro, cities in which both urban life and the outdoors play important roles. In his work, he added, “I love to bring opposites together to find the harmony.”

Metsavaht is trying to maintain control over his design work even as he seeks a partner. For the better part of two years, he’s been negotiating to sell a majority of Osklen to LVMH Moët Hennessy Louis Vuitton, PPR or Havianas owner SP Alpargatas, although Metsavaht said he’d like to “keep a big share” of the company he now wholly owns. “I would be the chief creative officer and the strategic positioning of the brand would be under my governance. That’s why the dealing is so hard,” he said.

Metsavaht hasn’t yet settled on the company that will acquire Osklen, but indicated he will do so in the next few months. He detailed that the advantages of agreeing to be purchased by LVMH or PPR would be access to their enormous infrastructures and getting leverage to secure the best retail real estate across the globe. SP Alpargatas appeals to him because the company could allow him to spearhead a high-end fashion division that would develop a portfolio of brands.

Osklen is pursuing growth outside Brazil with the understanding that it is a prelude to much bigger expansion when a partner is brought onboard. The priority of expansion to date has been raising brand awareness more than achieving significant financial returns from its international retail, which Metsavaht thinks are five years off. “Positioning a sporty lifestyle brand as luxury, it is something very new, different and hard to get,” he said. Complicating that, Metsavaht continued, “bringing a brand from the Southern Hemisphere in fashion is very hard work. We don’t have any….It is always from Europe, North America and Japan.”

The New York store “is still not profitable, but it is a project that I really believe in. I believe the economy is going to change here….Some projects, I see them as a way to spread my style. If I were just an investor, I would close my store in New York. The stores are a way I can express my style,” said Metsavaht.

Within two years, Osklen expects to open a store in Los Angeles and then follow that with units in other major U.S. cities. Osklen currently has 62 stores in Brazil, three in Italy, two in Japan and one in Argentina.

Year to date, Osklen has generated $140 million in revenues, according to the company. About 5 percent of the brand’s revenues are generated outside Brazil. Metsavaht said Osklen’s sales have increased 20 percent in each of the last two years, and he anticipated that growth rate would be repeated again this year.