By Katya Foreman and Elena Berton on November 18, 2009
View Slideshow 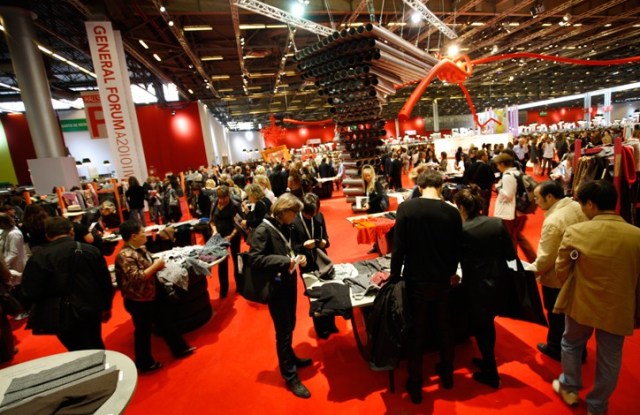 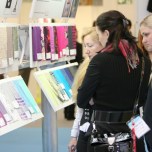 PARIS — Buyers are coming back to French trade shows, and organizers want to capitalize on it.

Amid initial signs of a recovery from the global downturn, fashion and textile fairs are readying plans to sharpen the presentation and setup of their venues to help visitors maximize their limited time in Paris.

A new look is in store for Première Vision’s core Paris session, due to run Feb. 9 to 12 at the Parc d’Expositions, Paris-Nord Villepinte. The show has been redesigned by Eric Jourdan and Francesca Avossa to evoke a white city, with a focus on geometry, essence and sobriety. Attendance for the event’s September edition was up 13.2 percent compared with its February run.

Heartened by the results of the recent round of fairs in October, which proved to be more fruitful than expected in terms of business, with a solid turnout of American buyers, several salon organizers here showing over the coming months said they plan to spotlight bubbling categories to further strengthen their offer.

Philippe Pasquet, chief executive officer of Première Vision, has announced plans to mount two new operations abroad — in Brazil and Japan — in a bid to extend the show’s reach.

According to Xavier Clergerie, general manager for both shows, the move reflects the resilience of these categories in the recession, particularly men’s wear. “Men’s wear is gaining more importance, even in women’s stores,” he said.

Clergerie also was encouraged by the improved attendance at the shows’ last edition in September, when the number of visitors at Who’s Next rose 36 percent compared with January, at the peak of the crisis.

He noted that, in addition to strong interest from retailers based in Spain and Italy, American buyers are returning, despite the stronger euro.

“There are more and more Americans, despite the weakness of the dollar against the euro,” he said. “Americans are coming back to France, and this is important.”

Demand from exhibitors is also on the rise. “We have to reject quite a few,” Clergerie added.

As the anticrisis strategies of the previous edition paid off, organizers are continuing to invest in promotions, trend forums and raising the quality of what exhibitors are offering.

Muriel Piaser, fashion manager of Prêt-à-Porter Paris, which will run concurrently with Who’s Next and Première Vision in January, said the show plans to group its 1,300 exhibitors into seven thematic areas in a move to smooth the way around for the more than 43,000 visitors expected to attend.

Among the novelties being introduced next year are areas for “ethical fashion” as well as trendy streetwear fashion.

Texworld also is gearing up to help visitors make the most of the shorter time they now spend at trade fairs due to budget constraints.

While previous editions were spread across two giant halls in the suburbs near Le Bourget airport, the next show will be held only in one hall, although the total area will be maintained.

“This is to avoid dispersing visitors, who will now find their visit facilitated,” said Texworld president Michael Scherpe. “Our aim is to provide buyers with a quality offer and a comfortable visit.”

The show will continue to highlight themed areas and forums, such as the successful eco-textiles section, and also plans to extend the availability of its I-Tex search tool, which helps buyers find exhibitors that match
their requirements.

“We hope that the next session will be the occasion for our exhibitors to forget the economic crisis,” Scherpe added. “The quality of our exhibitors’ offer has improved and the time has come for them to highlight the quality, creativity and prices that they have been working on in the last year to meet the requirement of European markets.”

The number of visitors attending Texworld Paris in September increased 11.6 percent compared with the February edition.

A rush of new jewelry brands is set to show at Workshop Paris, scheduled for March 4 to 7 at the Cercle Républicain and Hôtel Régina. “There was this frenzy for bags, but that has calmed and now jewelry is coming into the
fore,” commented Miriam Mohamed, the event’s development director.

Denim By Première Vision will welcome 13 new exhibitors to its next edition, meanwhile, scheduled Dec. 2 to 3 at Les Docks, Paris. Among them are Kurabo, billed as one of Japan’s oldest denim producers and an international leader in selvage denim, and Denim Valley by Royo, made from a HybriDenim blend of organic cotton and Tencel made from eucalyptus wood.

Eurovet’s Salon International de la Lingerie will be switching to halls 3 and 4 of the Porte de Versailles site Jan. 23 to 25 in order to synchronize with the constellation of fashion and accessories shows presenting at the site, such as Premiere Classe and Who’s Next. “Given the environmental context, it was important to show alongside the other salons,” said SIL manager, Cécile Vivier, who also confirmed the return of a number of brands that had moved to showrooms around the city. Firms cited included Italy’s Albisetti SpA, which holds innerwear and beachwear licenses for lines such as John Galliano, Roberto Cavalli and Jil Sander; Millesia, and Cotton Club. “It’s important to pull together. Retailers have less time and are coming in smaller groups,” said Vivier.

Citing “surprisingly good” results from the recent editions of the men’s and women’s Tranoï salons, organizer Michael Hadida said the crisis has opened up opportunities for young designers, meanwhile.

“It has made retailers question their regular buying habits and now with the recovery they are confirming their will to continue in this direction — to buy differently,” he said. “It’s an exciting time for young designers. They offer a different energy, they’re flexible and they can adapt.”