Shirting, ruffles and embellishment dominated the Paris trade shows, while organizers urged the city of Paris to support fashion. 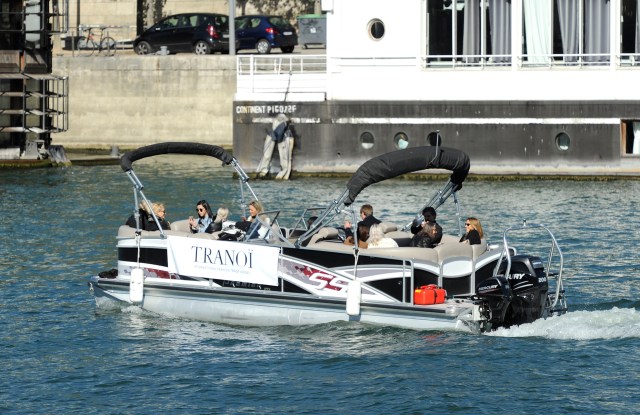 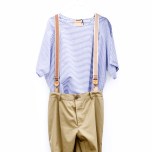 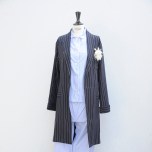 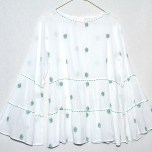 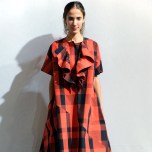 “Historically Paris is the fashion capital. It’s not possible that this city and this fashion week is being deserted. We need support from the government,” said Antoine Floch, co-founder of Woman Paris which doesn’t reveal traffic.

Floch called for funded buying trips to encourage independent stores back. “I’ve been talking to the French Fashion Council to ask why a city like Florence flies buyers to Pitti, Milan flies buyers in, Copenhagen does. Why isn’t Paris doing the same?” he asked.

“While this city is finally waking up to the importance of supporting fashion, they’re still making mistakes, organizing a 10K race in the middle of fashion week,” pointed out Armand Hadida, Tranoi’s artistic director. “When you have a heritage, you take it for granted, you didn’t work for it, we haven’t gone to all the efforts other capitals have. We’re privileged to have buyers come from the world over. Paris needs to multiply efforts to maintain this privilege. When you have a title, you have to fight to keep it. Especially when everyone wants this title.”

Easing up the buyers’ schedule was a priority this season, which saw the first Capsule X Paris Sur Mode, a scaled down selection of 26 labels in a show-within-show concept at a new tent at Concorde.

“As an industry we owe it to ourselves to make conducting business with each other as easy as possible,” explained Chris Corrado, director of Capsule. “It’s common knowledge that Paris is spread far too thin. This market’s fragmentation is something we’ve wanted to address for a long time. The easier our show is to access, the easier it is for buyers to attend, and the better the results for our exhibitors.”

However, exhibitors called for better communication both on the location and the date change,which saw Paris Sur Mode close Sunday instead of Monday and meant Thursday was slow.

Tranoi, meanwhile, held over three locations, helped buyers beat the traffic by transforming the trek to the Cité de la Mode into a cruise. Boats up and down the Seine to the Carrousel du Louvre site is just the latest service, along with oyster bars and access to Hadida’s osteopath, designed to lift spirits and order-writing.

“Services are part of our DNA,” said Hadida. “We put ourselves in our visitors shoes.”

“The boat was the highlight of the day, and it took about the same amount of time as a taxi,” said Kristen Sosa, chief merchant at Saks Fifth Avenue.

As on the runways, the fairs offered up plenty of shirting, ruffles and more feminine directions as organizers sought to curate difference.

“There are a lot of looser silhouettes but we’re still seeing a lot of fitted things as well,” Sosa said. “Sexy is working very well.”

For Sosa, fashion denim, ruffles and embellishment were standout trends. “There are a lot of hand treatments, applied treatments, embroidery is a big trend.” And lot of fashion swimwear. “Everyone’s launching swim lines, and we’re seeing more resortwear.” In jackets, Sosa named the continuation of the bomber, as seen at L.A. label Eight Dreams.

“A return to comfort” worked for buyer Celine Papon at WP Lavori in Corso. “The longer dress, masculine-style shirts in various interpretations, plus a development in materials and a focus on heritage” she noted as overall directions.

Among Papon’s favorites at Paris Sur Mode: Maison Marcy’s collection of day pajamas, some in Liberty prints, teamed with a dressing gown jacket: “It’s the dog walking spirit, I wake up, put on my sandals and go.” She also praised Maison Jeija, for tie-making techniques on kimono and re-interpretations of the granddad shirt. Among Tranoi’s expanded 167 accessories brands, Papon loved Nach Bijoux whose hand-painted porcelain animal designs stood out from more delicate jewelry. The label introduced a line of animal printed shirts and dresses with its miniature porcelain animals appearing as details on collars.

Retailers appreciated fresher takes on ruffles. “I’m not tired of ruffles. One more season, then I’m going to be tired of ruffles,” said Amy Gardner, owner of Scarpa store, Virginia. Gardner loved the juxtaposition of exaggerated ruffles on oversize ginghams and tartans by Brussels designer Sofie d’Hoore, where said ruffles were removable, simply buttoning on and off.

With the bohemian look still strong, anything cleaner stood out. “At Tranoi the clean, modern shapes of the brand Jejia were a welcome break from patches and heavy embroidery even though I love that stuff,” said Joey Wolffer, founder & creative director of The Styleliner. “There’s not a lot of clean going on,” she said, while buying into the bohemian trend, thanks to cactus-patched tops at Nimo With Love. “This is all my style so this works for me.”

After record sales this summer Wolffer is next opening her Hamptons lifestyle boutique concept at Platform in Culver City, Calif.

“Clean denim” in every sense of the word, at new ecological label Happy Haus caught the eye of Merryn Leslie, fashion director at 69b, a London store dedicated to collections with great ethics and great design. “We could open a department store, there’s that much great product out there. Business is only going up,” Leslie said.

Hits among 95 collections at Woman Paris included new-to-the-show Caron Callahan. “I like the fact that she’s done something a bit more modern using an Indian block print,” said Emily Dyson-Paley, creative director at Couverture & The Garbstore. “Usually Indian block prints you see in smocky bohemian styles, she’s done a shift dress with a twisted fabric design in the middle, it’s more modern.” A great block piece skirt in pastel colors and khaki drill baggy trousers with a tie waist at Sideline were also a hit for the Notting Hill lifestyle store in London.

Nomia, another newcomer to Woman, contrasted slimline machine-knit dresses featuring punch-out details with much wilder loosely hand-knitted tops, all inspired by indoor rock climbing. “I’m a big fan of the look of it, the color palette. Sport is always an inspiration for me,” said designer Yara Flinn.

Asked their biggest preoccupation, the undefinable seasons are keeping retailers cautious. “It’s October and it’s 26°C [79 degrees Fahrenheit],” said WP Lavori’s Papon. “As winter advances, the more people recycle last year’s coat because no-one’s going to buy a coat for 1,000 euros to wear for a month and a half. And then in June we had serious rain, we were selling rainboots.”

“It’s 34°C [93 degrees Fahrenheit] in my town today,” said Blanca Melgor, an independent store owner from Seville, Spain, who applauded manufacturers’ growing willingness to take back unsold items like summer coats that they can then sell on farther north where you still need one.

Pushing fashion creativity à la française, Paris Sur Mode showcased 10 designers from the Hyères Festival and Tranoi partnered with Wanda Nylon in a new ‘curated by’ project. And the fashion focus will continue next season. Hadida revealed Tranoi’s next collaboration will be with Antwerp’s Royal Academy of Fine Arts, and in a move set to ease the over-scheduled menswear buyer, Tranoi Homme will show some of its men’s labels at the Carreau du Temple, North Marais next season.