Effort is aimed at reducing water usage, and in turn lower costs. 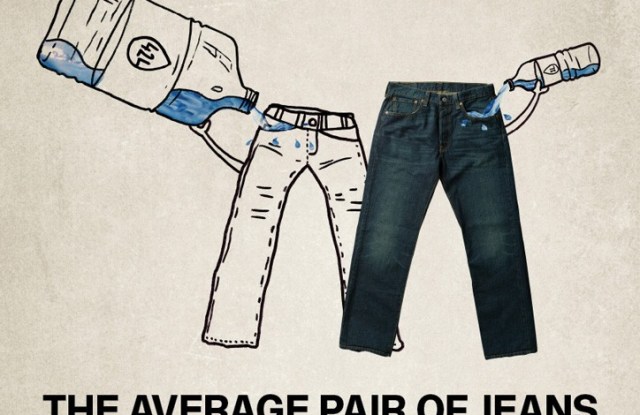 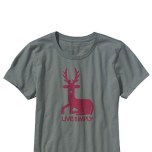 SAN FRANCISCO — Patagonia is launching a protocol to measure the water used in producing of its apparel, footwear and other products, as part of the company’s ongoing efforts to reduce its environmental impact, and in turn lower costs.

This story first appeared in the May 31, 2011 issue of WWD. Subscribe Today.

The Our Common Waters initiative is starting with the outdoor outfitter’s Simply Organic T-shirt for women, made of cotton grown and spun into yarn in Turkey and knitted, dyed and sewn in Los Angeles. An analysis found 703 liters of water, or four average bathtubs full, is used to produce one shirt, or its share of water used in the production cycle.

“Making a cotton T-shirt, the majority of the water being used is to grow the cotton and to dye and finish the fabric,” said Elissa Loughman, a Patagonia environmental analyst. She said the company plans to gradually collect water data on all its products, with the goal of reducing water use among its suppliers, help inform about sourcing of raw materials and other business decisions.

The company is tackling water use after examining carbon emissions, energy use and waste along its supply chain. “The more successful we are as a company, the more we can create environmental solutions,” said Hans Cole, environmental grants manager for Ventura, Calif.-based Patagonia.

The water effort is in addition to Patagonia’s participation in the Sustainable Apparel Coalition, which is creating a uniform way to measure the environmental effects of bringing products to market. The coalition includes a range of retailers, footwear brands and outdoor apparel companies, as well as participants from academia and government.

Patagonia’s water footprint protocol was developed by the Bren School of Environmental Science & Management at the University of California at Santa Barbara. The company plans to use the school’s water analysis in conjunction with the Outdoor Industry Association’s Eco Index, launched last year.

In addition to helping Patagonia better select materials that use less water, its protocol looks at “water stress” in regions where it’s in short supply and other areas with abundance. “Not all regions were created equally,” she said.

For example, Patagonia’s jeans are produced in India at a vertically integrated company where organic cotton fields can rely only on rainwater.

Patagonia tested the water-use protocol last fall with its P26 multisport shoe as it worked on a baseline for measurement. In February, the Our Common Waters initiative was begun, with e-mails to 300,000 customers and information on the company’s Web site and in its catalogue. The Web site also links to National Geographic’s Water Footprint Calculator for consumers to learn about their own water consumption.

Before a formal water protocol was created, Loughman said she undertook the role of assessing Patagonia’s water use. She described the difficulty facing such “rough water estimates” of compiling annual water use globally from among all the farms, spinners, knitters, finishers, zipper and button suppliers, and cut-and-sew contractors used by Patagonia and where other firms also have production. She then calculated Patagonia’s share of water use based on its annual production at a facility.

While Loughman said the Patagonia water protocol remains an imprecise tool, the data collected and uniformity of its application will create a clearer picture of water used across product lines.

Patagonia’s Our Common Waters is part of increased scrutiny by apparel and other businesses of their water consumption.

In the fall, Levi Strauss said it had recast its washing and finishing techniques for a new Water Less jeans collection, resulting in a 28 to 96 percent water savings in the finishing process of an average pair of jeans.

Patagonia’s Cole attributes the company’s longtime focus on environmental sustainability as key to consumer loyalty during the recent recession, when he said there were no employee layoffs. In addition to its own sustainability measures, Patagonia contributes 1 percent of sales in support of environmental groups pushing for clean water sources and conservation, which in 2010 amounted to $3.4 million in contributions.