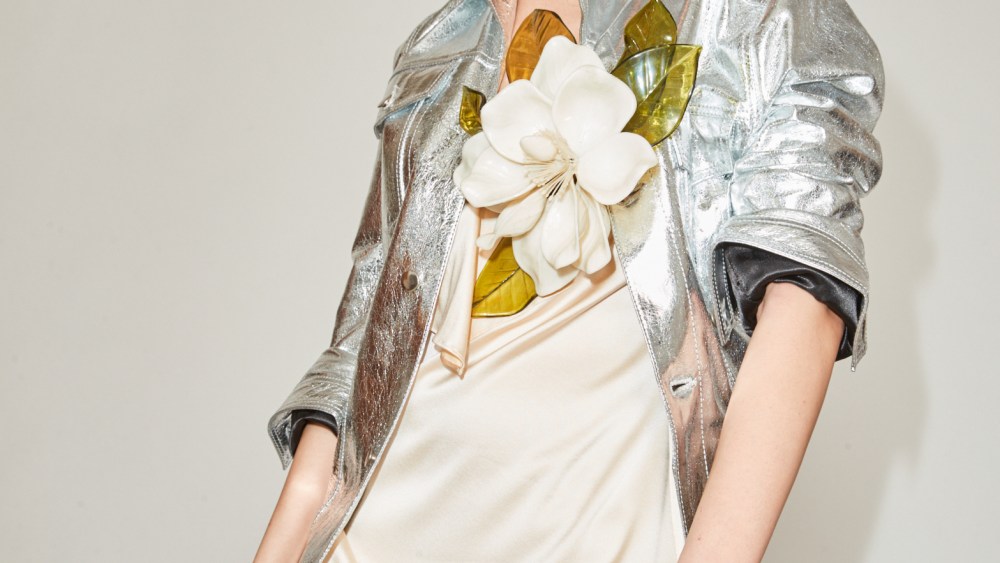 Buzz continues to build around LPA, event though the brand only recently entered the market.

Its Seventies romance with a bit of boudoir-style dressing is a far cry from the boho chic that’s long branded the Los Angeles market.

For Pia Arrobio, the creative director and founder of LPA which is part of the Alliance Apparel family of brands owned by the parent of Revolve, the latest spring collection is in some ways a turning point. Arrobio hosted her first sit-down dinner last week to toast her spring collection in an outpost of Scott Campbell’s Saved Tattoo parlor, at the back of Shinola’s Arts District store. It’s a significant change from the downtown rooftop warehouse party last summer and what she described as a crazy castle house party in Paris.

“Those parties are great. They’re fun for everyone and it gives everyone a great experience,” Arrobio said. “This collection in particular was designed because I fell in love and so a way that I wanted to celebrate that was with something more intimate.”

LPA (which stands for Lara Pia Arrobio) for spring is a mix of head-turning dresses, such as the floral sequined wrap dress Arrobio donned for her dinner party, minidresses, satin pajama-style pieces and tops with cutout detailing.

“I always designed with Sophia Loren in mind and I love the Italian bloggers,” Arrobio said. “I just think they’re the chicest girls so I always wanted to do something classy that shows your clavicle. It’s really feminine but also superfun. The collection was basically my dream collection for visiting Sicily.”

“We were sitting in [Wasson’s] house one night by the fireplace and were like, ‘It’s time. It’s time for us to work together’ and we did something for Paris Fashion Week,” she said.

Arrobio, who said she’s held just about every job from writer and casting director to working at People’s Revolution and most recently Reformation, fell into her current role via a unique set of circumstances.

The designer was set to depart from Reformation to work for Zara in Spain when her friend Emily Ratajkowski was asked by Raissa Gerona, Revolve chief brand officer and cofounder of Alliance Apparel, to set up a meeting between the two before Arrobio left. It was at that meeting Gerona extended an opportunity to back Arrobio on the creation of her own brand, which launched last year.

“Making girls feel confident and finding something that’s a little special that makes you feel good, that’s important. I try to eliminate as many things as possible [on a garment] that makes someone feel uncomfortable,” Arrobio said of what she stays mindful of as the start-up expands.

For More on LPA in WWD: