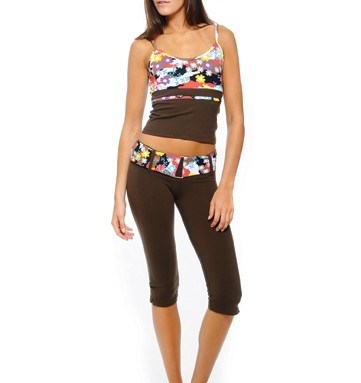 Their collections focus on having fun in the sun, partying on the patio, relaxing at the spa or just living the good life, but casual lifestyle designers aren’t taking it easy when it comes to building their businesses during a recession.

As more consumers take a buy now, wear now approach to shopping for fashion — and retailers in turn buy closer to need amid fears of committing budgets too far ahead and winding up with too much inventory — designers are rethinking their growth strategies.

They’re launching new labels, including eco-friendly styles cut from organic textiles; expanding collections to transcend the seasons with versatile styles that can be worn no matter the climate; building stronger sales forces to penetrate untapped markets across the U.S. and beyond, and stretching advertising and marketing budgets to focus on lifestyles instead of age in a bid to attract a wider, multigenerational range of consumers.

“We’re balancing a wide range of initiatives to help build the company and reach new stores in new markets,” said Doug Fisten, sales director at Miami-based In Gear. “Not only are we adding new styles that are subtly embellished, but we’re also offering a wider range of seasonal styles at market. Stores don’t want to overcommit and wind up with too much inventory, and consumers are waiting longer to purchase — even then they seem to want buy it now and wear it now. It’s not something they want to buy and wait for the season to approach.” Business at the 17-year-old company is planned ahead by 100 percent, according to Fisten, citing the company’s concerted push to gain market share and win new retail accounts as well as broader consumer acceptance.

Sandra Fitzsimons Schintzius, managing director at five-year-old Nilla Shields, based in St. Petersburg, Fla., said business is planned up by at least 10 percent thanks in part to a new label that will help them reach more customers. “Starting for spring 2009 we’ll be offering two fashion lines: Nilla Shields, which is our original traditional surf, board sport and sun line geared for golf and regulation country clubs where a certain dress code or look prevails. Our new line is called Nilla Board and Sport Gear, which is aimed at reaching younger and more trend-oriented surf, sun and club consumers,” said Fitzsimons Schintzius.

Sportif USA/Aventura Clothing in Sparks, Nev., is growing its business by offering more styles that can transcend the seasons and that are made from organic materials, including cotton and hemp. “Over 80 percent of our spring assortment for our Aventura collection meets our green/eco initiative and includes textiles such as cotton, hemp and bamboo. It’s very important to stores and ultimately to shoppers,” said Tom Williamson, vice president of sales and marketing at the 43-year-old company. Williamson said new textiles, new styles and more sales representatives showing the company’s lines should help increase sales by more than 10 percent.

“When the economy is tough, consumers seek out styles that evoke feelings of comfort, security, happiness and even romance,” said Fitzsimons Schintzius at Nilla Shields, which is why the company is “showing more romantic and retro-inspired styles such as Old Hollywood poolside chic and vintage Hawaiian prints.”

Fisten at In Gear said the company has “taken a very proactive and aggressive stance to build the company and reach new stores, spas and casinos through new sales representatives hitting new territories, including Mexico and the Caribbean, and showing at new surf, beach and casual-focused markets. It’s a strategy that’s working for us and we’re seeing major sales gains over a year ago,” he said, adding that such stores are “helping us to reach generations of shoppers, from teens to women post-retirement age. Showing styles that are so versatile builds sales and increases brand awareness for future purchases.”

Expanding beyond traditional target markets is a trend throughout the casual lifestyle sector.

“We’re seeing our popularity grow and gain momentum with our target customer base that now includes women age 35 and beyond who are responding to our look that’s all about offering cute but wearable fashion that’s also functional and comfortable,” said Williamson at Aventura Clothing.

Nilla Shields’ Fitzsimons Schintzius said, “With the launch of our Nilla Board and Sport Gear line we will have two true lifestyle brands with a consumer reach of women ages 18 to 80. Our research has also shown us that many women — no matter their age — love to shop at vintage or retro thrift stores. So our lines also have some element of vintage style, whether it’s Sixties-inspired butterfly prints, Old Hollywood-inspired French terry cloth robes or tunics and bohemian looks that flash back to the Sixties and Seventies.”