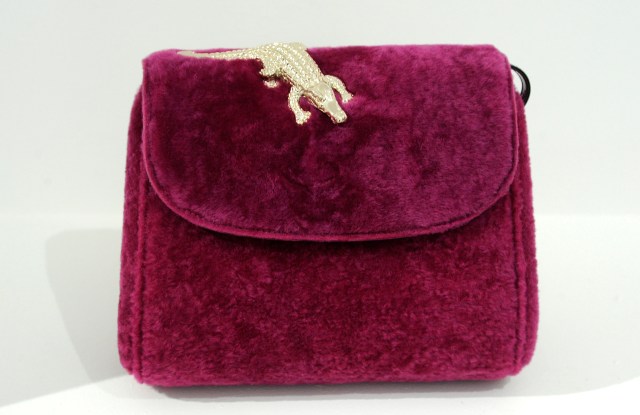 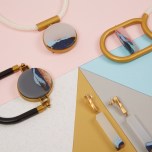 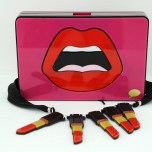 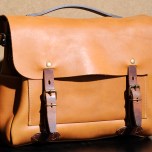 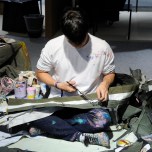 Potentially impacted by a change in opening dates, from Thursday to Sunday, rather than Friday to Monday, the fair saw a 4 percent decline in buyer attendance. Organizers said more of its VIP buyers attended, with 645 retailers up from 600 at the last edition.

With 30 percent more floor space, thanks to Paris Sur Mode’s move into a new tent on the Place de la Concorde, the accessories fair dropped its Rue Cambon location to centralize at the Tuileries. “For the first time, I’m happy Première Classe is presented as it should be,” declared director Sylvie Pourrat. “It’s not hot or too cold, we’re not cramped in, it’s how I envisaged this season: with more room devoted to artisanship and to the metiers.”

Putting creativity center stage, the extra space was used to exhibit accessories by Andam winners past and present; to showcase seven Made in France artisans, in partnership with the French leather group Au delà du cuir (Beyond Leather) and to introduce a unisex accessories section. Heritage brands like Bleu de Chauffe, a workwear inspired collection of naturally tanned men’s and women’s bags signed by the artisan showed alongside newcomers like The Morning Company, a playful line designed to “Turn gloomy mornings into magical ones.” By way of a wood-carved watch rest or a heart stencil for toast.

“Première Classe Homme should exist, and since there’s a debate whether men’s and women’s should show together, we’re participating,” explained Pourrat. “Today, we’re welcoming buyers who are perhaps coming less often and want to see more in one trip, they want a mix of products.”

Among what certain retailers felt was too great a mix, finding the “different” was the mantra. Hunting brands not sold in Japan for a pioneering concept store being opened by Japan’s Daimaru Matsuzakaya Department Stores chain in Tokyo’s Ginza district, consulting director Yasuyo Kasahara found newness in the juxtaposition of nature with technique. “We’re seeing stronger accessories, stone with metal, wood with metal, nature with tech and more graphical designs with metal,” she observed. “Low, more natural, and tech are good friends. They’re not competitive.”

Kashara’s stand-out: jewelry at Ejing Zhang, a Royal College of Art graduate specializing in mixed textiles who uses an intricate combination of thread, wood and resin poured into a tile. Each final piece, a cross section of the resin block, reveals the different color threads inside for a marbled effect. In the search for product representative of nature and with a certain consciousness, Kasahara’s Daimaru team also lauded the “very African and nature-focused” collection at Tata Borello.

“The accessories were strong this season on the catwalk but also with the accessories talents at Première Classe,” said Jennifer Cuvillier, Le Bon Marché’s style director. Naming jewelry and soft accessories among the most novel pieces, Cuvillier mentioned novelty chokers and novelty chic summer hats among stand-outs. “We found very interesting key trend items at the trade show and developed exclusive products for Le Bon Marché,” she added. “It is always a key trade show to visit.”

In moves to create happenings at the fair, Kanei Tei creative director Kwan Chung spent the show transforming used U.S. military tents into unisex street bags featuring the wear and tear of use dating as far back as WWII. The installation helped the show newcomer, sold at Seoul’s Boon the Shop, catch the eye of Merci plus buyers from Europe and the U.S. “It’s very interesting the way he’s using vintage fabrics with graffiti. And he’s actually here making the bags, sewing, painting on old army gear. We’re going to bring him in,” said Leslie Matney, buyer at U.S.-based Gregory’s. For the first time mindful of price, “we’ve never thought about price before,” Matney said finding emerging talent was her priority. “We’re gonna keep pushing forward to find what we’re looking for.”

Joey Wolffer, owner of The Styleliner, found what she was looking for in Camille Enrico’s woven jewelry. The French jewelry designer, carried by stores including Asihti, is set to open her first Paris address in the Marché St Honoré this December.

Stand after stand of hats led to demands for more editing: “There’s too many hats, it’s confusing for a buyer” said The Styeliner’s Wolffer. Among the more innovative straw hat designs, London-based Miss Harada showed a hand-painted tropical collection inspired by the underwater world of “Finding Nemo.”

For next season, Pourrat said Première Classe will continue to come up with new ways to spotlight the savoir-faire behind the products and revealed she’s planning to add a focus on fine jewelry into the show.