In an interview, owner Douglas Fang said he wanted to take time to rethink the brand's business model, approach and routes to market.

LONDON — Pringle of Scotland is going into hibernation, for how long remains unclear, although the one certainty is that it will not return in its current iteration.

The brand will reveal Friday that it plans to pause the business and the last collection will be fall 2020. All production and activities will then be halted due to the impact of the coronavirus on the supply chain and consumer demand.

Pringle’s Mount Street flagship and e-commerce site will reopen and continue to trade once lockdown is eased, although the longer-term future of the business is yet to be determined.

“Words fail to describe what we have been going through, and what is happening is beyond anyone’s wildest dreams,” said Pringle’s owner Douglas Fang in an exclusive interview.

“This is unprecedented, and I don’t think any crisis in the last decades has had such an impact on both the supply side and the demand side. This is not momentary. It is more long-lasting than the crises we’ve gone through before.”

It has been a trying few months for Fang, whose family company, the Hong Kong-based S.C. Fang & Sons, purchased Pringle in 2000 from Dawson International. The family company also owns Fang Brothers knitwear manufacturing in eastern and southern China, which make private-label knitwear, mostly for American brands.

Last October, Pringle and other companies had to swallow a 25 percent tax imposed by the U.S. on British exports of merino wool, Sea Island cotton, cashmere knitwear and high-end men’s suits. Earlier this year, those same companies were bracing for a further hike in the already onerous tariffs.

The hike never happened, but something far worse did: COVID-19. 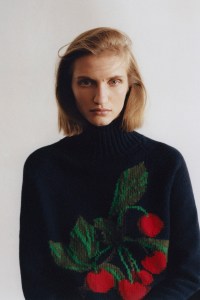 “Right now, tariffs are not what’s on our mind,” said Fang, adding that small, creative businesses and brands like Pringle are particularly vulnerable in this crisis because wholesale customers have been asking for reductions or delays, or are making demands that are difficult to meet.

“We also feel the pain for our suppliers. We’re very much in the middle, with little room to maneuver. It’s very difficult for Pringle to go on any longer in the current state. The industry is calling for a pause, and we’re doing exactly that. We have very little choice. It was a sad and very difficult decision, personally and professionally,” Fang said.

Pringle no longer owns its production facilities in Scotland, but Fang said the brand has close, longstanding relationships with its manufacturers in the Scottish borders. He declined to put a number on job losses from the upcoming shutdown and said it was premature to say how long the “pause” would last.

“When the time is right, we will absolutely love to bring it back,” he said. 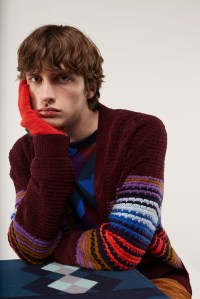 In the meantime, Fang said he will be using this time to re-strategize “in terms of the business model and the size of the ranges, how we build a market and distribution. I’ll be looking at whether wholesale still has the same relevance it once had. There are a lot of questions to ask.”

He said the one thing that will stay the same is the brand ethos. “Our mission statement is excellence and innovation inspired by heritage. That was what I have lived by in the last 20 years.”

Founded in 1815 by Robert Pringle in Hawick, Scotland, the firm began as a manufacturer of hosiery and underwear and developed into one of the first luxury knitwear manufacturers. Over the years it became known for its use of cashmere; the introduction of the intarsia signature argyle pattern, and the twinset. It received a Royal Warrant as an official supplier to Queen Elizabeth in 1956. 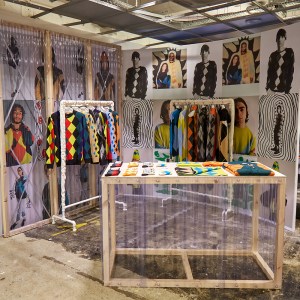 Fang also acknowledged that when the pandemic passes, “the world is going to be different, it’s not going to go back to where it was. I do see Pringle coming back — in terms of the collection being somewhat smaller, more sustainable, more personal. I think we will adapt. That’s very much the goal.”

For now, Fang said the spring collection has already been delivered to stores, while about half of the fall 2020 collection will land on shop floors in the next months. The other half won’t be delivered because of cancellations and because some suppliers have been unable to fulfill orders on time, he said.

The timing of the pandemic is unfortunate in particular for Pringle, which had been gaining momentum under its women’s design director, Fran Stringer.

Last fall, it revealed its first collaboration with H&M, took part in Frieze Art Fair’s first runway show with Symonds Pearmain, and rolled out Volume 1 of Pringle Reissued, a capsule collection of unisex designs based on the brand’s Eighties archives. It debuted Pringle Reissued at Dover Street Market in London and later rolled out the collection to its own sales channels.

Pringle had also recently hired a men’s wear design director, Giuseppe Marretta, who debuted his first collection for spring 2020 at a presentation during Paris Men’s Fashion Week. For fall 2020, Marretta used recycled cashmere for spray-painted hoodies and played with the Pringle diamond, creating little intarsia uniform badges or abstracting it into origami-like shapes.

Although Pringle is not being sold or liquidated — and could well return in a few seasons’ time — it is the latest in a lineup of designer labels calling time on their businesses.

Earlier this year, even before COVID-19 tightened its grip on Europe and the U.S., Henry Holland decided to step back from his eponymous business and hired KPMG to seek investors for it. Peter Pilotto revealed plans to suspend the brand while designers Peter Pilotto and Christopher de Vos decide how to move forward.

In early February, An Vandevorst and Filip Arickx said they were shutting their Antwerp-based fashion label A.F. Vandevorst after 22 years.