To appeal to women’s buyers and exhibitors in a show dominated by men’s wear, the trade show is revamping its women’s section. 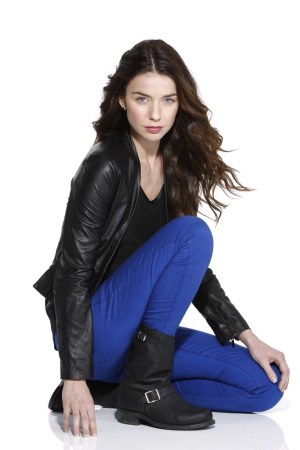 To appeal to women’s buyers and exhibitors in a show dominated by men’s wear, Project Global Trade Show is revamping its women’s section.

With about 400 brands that will occupy roughly 25 percent of the show floor, the women’s section will feature, for the first time, a separate entrance. Nestled inside the women’s area will be a cafe; a beauty lounge sponsored by Youngblood Cosmetics; a pop-up shop run by Molla Space, Farameh Media and Happy Socks, and a lounge hosted by the Brazilian consulate. Women’s designers can also access a photo studio to shoot mini look books with complimentary models and makeup. Last season’s foray into holding fashion shows at Project won’t be repeated.

On the other hand, Project continued its collaboration with fashion bloggers and doubled the size of its accessories area with new jewelry exhibitors such as Ethereal by Sarah Richey and Sangre de mi Sangre.

Project is adapting various strategies to make its show work for women’s brands.

“We’ve always wanted to focus the women’s show so that it feels like a special environment catered to that marketplace,” said Nancy Berger, Project’s vice president of marketing and communications. “There are tons of women’s business in Las Vegas right now. It’s becoming more and more an important market for the women’s business for sure.”

Focus is a key word for vendors and retailers, as well. Jeff Rudes, chief executive officer of Los Angeles’ J Brand, said shoppers want to see a well-merchandised but thoughtful assortment on the retail floor.

“There’s a better focus on the buys that are more narrow and deep,” he said, noting that J Brand will show its summer collection at Project. “So I think what the stores are looking to do to have a consumer [be interested] is to have a very well-focused presentation.”

Several women’s labels hope to make a name for themselves at Project.

Anna Catherine, a year-old young contemporary line from Los Angeles, is relaunching for fall after taking a hiatus for the spring season, with a new designer, Laura Horner, who previously worked at Marc by Marc Jacobs. It’s featuring a sleeveless shirtdress with matte and shiny panels and leather waist tie, and a leather-trimmed bolero jacket fashioned from black-and-white wool and viscose slub. While the priciest item is a leather jacket wholesaling for $290, the majority of the line wholesales for less than $70. Horner said her goal was to design “great clothes to wear to work as a professional, but also were cool enough to wear out at night with friends.”

Colorfast is another L.A.-based brand aiming to appeal to contemporary buyers and department stores. Gabriela Tamayo, Colorfast’s vice president of sales and marketing, is adapting techniques she picked up at her previous position as vice president of operations at James Perse. Having started as a provider of blank T-shirts, Colorfast is adding more contemporary fashion pieces, such as a knee-length dress with a keyhole in the back. With wholesale prices running from $10.50 to $45, the company’s mantra is: “Easy to wear, easy to accessorize,” Tamayo said.

For New York’s Eryn Brinie, a contemporary label that started in 2007 and wholesales for $40 to $300, the goal in 2012 is to expand its business globally. To help fuel its growth, it’s catering to customers who seek better quality and luxury. In its fall collection inspired by Woody Allen movies, the company added more expensive items such as tweed skirts and fur-trimmed coats to its grouping of cropped flare pants, pleated maxiskirts and peplum tops.

Project continues to be an important venue for denim brands, some of which choose to premiere new brands and revivals there.

L.A.’s Dylan George is introducing a capsule collection called Dylan George Runway, inspired by models Kate Upton and Anne V., who have not only appeared in the brand’s ad campaigns but also helped design the jeans. Totaling as many as 10 pieces, including A-line skirts, shorts, skinny jeans and flare styles, the entire lineup is distinguished by a midrise measuring 8.75 inches. Wholesale prices are $72 to $86.

“There’s a huge emphasis on the supermodels and the angels of Victoria’s Secret,” said Dylan George founder Danny Guez, as he explained the reason behind the launch. Still, he added, “Every girl can wear it.”

Frankie B, the premium denim brand that helped start the premium denim craze in 1999 with its ultralow rises, is relaunching this fall after taking a season off. It’s returning to the market with a glam rock line featuring skinny jeans in a colored snakeskin print with rubber tuxedo stripe and wholesale prices running from $59 to $89. For Frankie B founder Daniella Clarke, novelty is crucial to her business.

“That’s what we’re really good at and what we’re known for,” she said. “You can’t reinvent that denim wheel that often.”