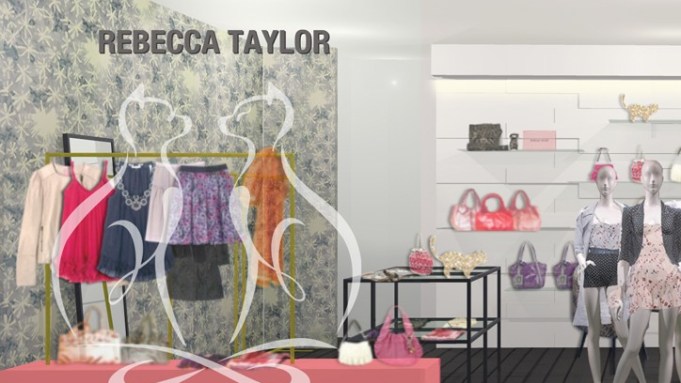 Rebecca Taylor is making a major push in Japan.

The contemporary designer just signed a three-year deal with Itochu Fashion System Co. Ltd., a brand and product development company, which will overhaul and expand the Rebecca Taylor brand throughout Japan. The arrangement comes after Taylor cut ties with its original partner, Renown Inc., after nine years.

“We were beginning to see some major changes happening in the Japanese market and found it necessary to make the switch,” said Beth Bugdaycay, chief executive officer. “When we first launched in Japan, we were targeting a younger customer and the product reflected that. But due to globalization, we were beginning to see that there are many more similarities between the customers there and the customers here. So as we evolved here in New York, we found a need to evolve in Japan as well.”

In the new partnership, which begins Feb. 1, Itochu will completely redesign the 16 Rebecca Taylor shop-in-shops and open four new ones reflecting the more modern look of the brand. The updated look of the shops can already be seen in the U.S., as reflected in the company’s flagship in lower Manhattan and in its new 550-square-foot shop-in-shop in Bloomingdale’s 59th Street store.

The old Rebecca Taylor showcased a soft, whimsical and overall more youthful aesthetic, but the new shops will have a cleaner look with dark wood glitter-flocked floors, signature printed wallpaper in white and gray colors and globe lighting working as a backdrop for the clothing on display. While pink was always the signature color for the brand — as it was seen on labels, hangtags and fixtures — the color has been modernized from a baby pink to a deeper pink and is now only seen as a pop color in the shops.

“The whole idea is to make the clothes stand out, where before they blended in a bit more,” Bugdaycay said.

The product will go through an overhaul as well, with a more sophisticated assortment. Starting in February, the same clothing available in the U.S. will be sold in Japan. In addition, there will be another, more casual Rebecca Taylor line distributed in Japan by Itochu, and the company will expand its assortment of accessories in the country, mostly with handbags, but also with shoes and costume jewelry.

“In Japan, we find that a lot of times, the customer comes in and wants the entire look they see on the runway,” Bugdaycay said. “Our business in Japan is already about 50 percent apparel and 50 percent accessories, which is a lot different from our business in the U.S.”

Bugdaycay said in the U.S., apparel rules in terms of sales, but a small assortment of bags, shoes and jewelry is available at the Rebecca Taylor store in New York and in select shops.

The brand is looking to open 10 to 15 new shop-in-shops every year in Japan, as well as a freestanding Rebecca Taylor boutique in Japan’s Ginza district, Bugdaycay said, declining to estimate volume. An e-commerce site is also in the works for Japan and the U.S.