Executives from Gilt Groupe, Wal-Mart and Lululemon discuss bonding with the consumer. 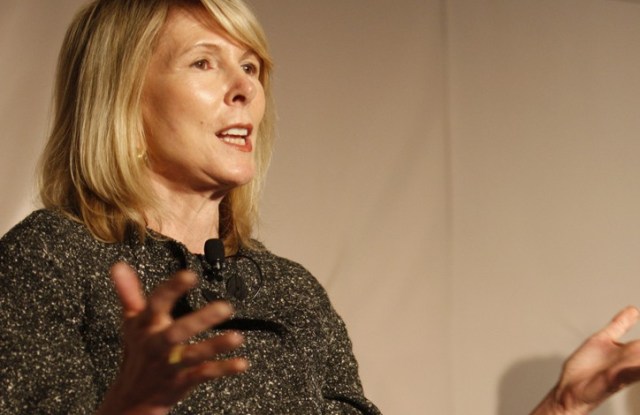 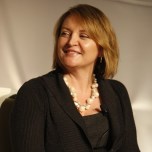 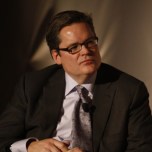 Retailers who take the time to listen, respond, engage and ultimately connect with their customers are more likely to succeed in this new economy.

The panelists described meaningful retail experiences they’ve had in their lives, and how they’ve been able to translate those to their own brands.

For example, Day spoke about the way Lululemon builds communities within the cities it operates. Twice a week, Lululemon sponsors free yoga in New York’s Bryant Park for 200 to 400 people. “Most people think it’s about us at Lululemon. But what it’s about is our ambassadors. When we come into a city we find the best spinning instructors, best yoga instructors and best Pilates instructors and we work with them,” she said. Consequently, it helps not only build the instructor’s client base, but ultimately drives Lululemon’s business, as well.

Fleming explained how new technologies have created better experience for shoppers, but he believes it still comes down to interacting with the consumer. “I think of things like the Apple store that has brought the associate right to the customer, and the checkout is virtual; a business like Netflix where they’re able to serve up other titles based on what you’ve used in the past. It comes down to ease. How do you make it easier for customers?” But, he cited his own recent experience in Manhattan and how important interaction with customers is.

“Yesterday I went to about four or five very high-end Fifth Avenue stores,” said Fleming. “It really comes down to the attitude of the associates, and the attitude of the company. I walked through a couple of departments where I really did need something, and no one even acknowledged me.” He said he then walked into another store and wasn’t even considering buying, but a young woman engaged him in conversation and asked a few questions about him, “and rang up an $800 sale.”

Illustrating ways in which they’re able to give their customers a voice in their brand, Lyne explained that Gilt, an invitation-only online shopping site, has as “an extremely active customer service team.” She said if there’s a problem or people can’t get an item, “when you call our customer service team, they are extraordinary; they’re not told to get people off the phone quickly. It’s all about solving people’s problems,” she said.

Despite its massive size, Fleming said Wal-Mart responds to every e-mail it receives. He said the company has embraced social networking and other new media opportunities. Wal-Mart has created a Web site, Wal-Mart Moms, where 14 moms have been self-selected, and they have a dialogue with many other moms. “We’ve brought them to Bentonville [Arkansas] for meetings. We’ve done focus groups with them, and they go out and talk to more moms,” said Fleming.

Lululemon’s Day explained the importance of listening to the customers as they exit the dressing rooms in order to get feedback on what they didn’t buy. “We write that feedback on a wall outside of our dressing rooms, and that comes back every two weeks. It’s reviewed on conference calls with our stores and with our designers,” said Day. “We have feedback sessions in every market with our ambassadors twice a year. That’s listening into the future, as opposed to looking at your sales data from the past.”

She said that if a guest gives Lululemon a really good idea, “we’ll name products after her and let her know.” She cited the case of the Laura short. “We named it the Laura spin short. She wanted a gusset, and she must have told, I swear, 10,000 people. It’s really personal to people, and I think that matters today. That’s the level of connection they’re looking for.”

Customers appear to be in the driver’s seat these days, and it’s imperative to understand what their needs are.

“I don’t think it’s an optional activity anymore,” said Fleming. “I think the major change, the most profound change in retail is happening right now, today and it’s hard to see, and that is the consumer now is in complete control. They have access to everything. They’re going to choose what brands, what stores, how they want to interact. They’ll do it on their terms. And that presents a real problem for a lot of us because our model maybe doesn’t align with what their needs are.”

He explained there are two products that are consumed more than ever before.

“One’s music and the other one’s news and yet the traditional distribution model is broken, but people want it more than ever before. The future is understanding deeply what customers want and then being able to reengineer your model so you can deliver what they want and still make a profit,” said Fleming.

Gilt’s Lyne said the company has heard a number of things from its customers, via e-mail, comments on blog posts or customer service agents. “It’s directly impacted what we’ve added or not added to our site. We put more sizing information on the site. The minute we did that we saw an uptick in sales,” said Lyne. She also learned customers didn’t want content with the sales. She said her customers have told her to keep it “simple fast and fun.”

Lyne said “more than 50 percent of our membership growth” comes from “invite-a-friend.”

“For our customers, it’s the exclusivity, it’s the idea they’re being allowed to join a club, and I’m staggered by how many people will e-mail me to ask how to get an application to the Gilt Groupe,” said Lyne. “For our brand partners, it keeps a layer between them and the search engines who might be looking for the lowest price and allows us to create a discrete and brand appropriate way for someone to get rid of excess goods and market it to a different customer base.”

Lyne said more than 50 percent of its 1.7 million customers are under age 30.

Turning to Wal-Mart’s commitment to sustainability, Fleming said, “Initially it was seen outside as ‘this is just a p.r. play.’ But as we really got a hold of it, it took a couple of years, what we found was it was very consistent with our business model.” He said that as the company delivers more sustainable and environmentally friendly products, “it does two things: It lowers our cost and it improves our quality, which are two things we are very focussed on.” Fleming said it’s the millennials who care deeply about sustainability. “The mass consumer cares less about sustainability than they did two years ago because there are other pressing issues. The kids still care. Every time I go to a college campus, it’s number one on their list.”

Further, he added: “There has never been in the history of retail, the market leader transition from one generation to the next. If you think back to the variety stores of Woolworths, and then it went to on to Sears and then it was Kmart, and now it’s Wal-Mart. I do believe our ability to integrate environmental sustainability into our business model gives us a platform to connect more deeply to that next generation.”

Finally, Badger asked the three panelists to trade places, and posed the question: Can you describe what you would do to better connect with your consumer? It appeared Lululemon’s Day had the best ideas for Gilt Groupe.

“If I’m one of your best guests, giving me a time slot to shop with my girlfriends in a private party online, it would be something I’d want access to,” said Day. “I’d develop ‘My Closet,’ which would have all the clothes that I’ve bought so I’d know what to put with it. Once you own my content, it’s very hard for me to change, and then that would keep it as the purveyor of choice for that guest and that would resonate.”

“I just asked her if she were bored running Lululemon, because I have a job for her,” said Lyne.