Retailers Focus on Bright Side at MAGIC

There was a surprise in the aisles at MAGIC in Las Vegas Monday — optimism. 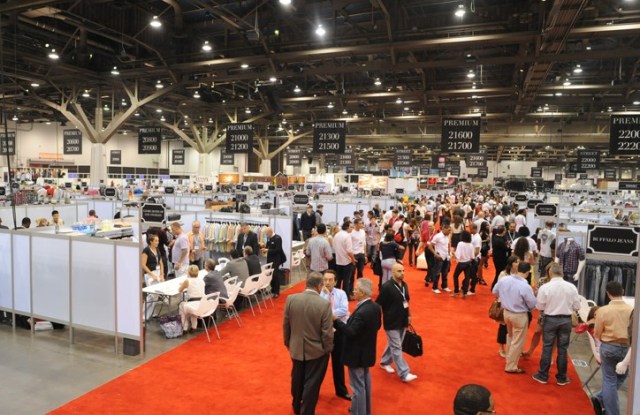 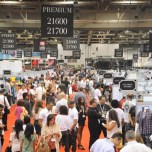 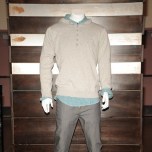 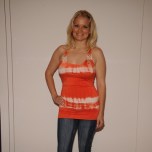 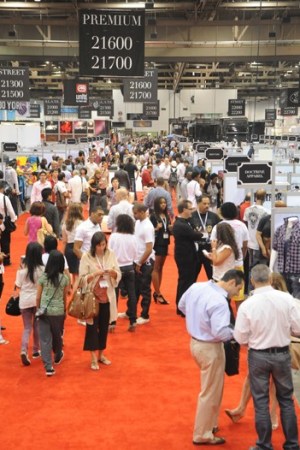 LAS VEGAS — There was a surprise in the aisles at MAGIC here Monday — optimism.

This story first appeared in the September 1, 2009 issue of WWD. Subscribe Today.

Retailers shopping the first day of the show were finally feeling a bit more hopeful about the future after early signs of a good back-to-school season and a bubbling of demand in some categories. MAGIC runs through Wednesday at the Las Vegas Convention Center.

The more sober times have created a desire among consumers for classic looks — suits and preppy-retro influences in men’s and clean, feminine looks for women. With that as their mandate, buyers prowled the aisles for the latest pieces to add some spice to their assortments for spring.

Value continues to be the buzzword as reluctant consumers seek sharp pricing before parting with their dollars. As a result, promotions are still a necessary evil, but the markdowns are planned and not panic-driven like they were at the end of last year.

Women’s buyers cited the need for novelty in their merchandise mix while keeping an eye on cost; wholesale prices in the $15 to $40 range were those most embraced by retailers looking to keep recession-friendly merchandise on their racks.

Retailers across the board were also watching their inventory levels closely and were maintaining the 10 to 20 percent decrease in orders they had instituted for fall.

“Our young men’s business has been good for back-to-school,” said Kevin Morrissey, executive vice president and general merchandise manager for Macy’s Inc. “There were some categories we were actually happy with.” Specifically, T-shirts, woven shirts and denim were standouts, he said.

In the men’s area, Morrissey said the “classic or traditional businesses are strong while the updated business is weaker.” In young men’s, it’s “not classic, but retro — everything old is new again.”

Looking ahead to fall, Morrissey said although there’s no “silver bullet,” there are “definitely opportunities.” Shoppers are responding to new ideas and the Macy’s buying team was seeking some items to lure customers within the young men’s area. “This young customer moves so quickly, we need to stay on top of it.” Improving the flow was also a priority, he said, as Macy’s moves to get goods to the customer faster.

Inventories, which had already been reduced for fall, are being “maintained” at that level, Morrissey said.

“Clean lines and 1950s-style preppy looks are coming in, like cuffed jeans and loafers,” said Tiffany Wolf, a Macy’s East buyer. “There are a lot of retro looks out there now.”

Denim, T-shirts and some of the company’s new surf-skate initiatives are working well and Lawrence is hopeful that as other new brands, such as Joe by Joseph Abboud, roll out to stores in September, business will continue to increase.

The Penney’s buying team was working to see as many brands at the show as possible to ensure its merchandising strategy for spring is on the right track. “We don’t actually sit and buy but cement ideas and review,” Lawrence said.

Inventories, which have been lower all year, are being maintained at that level, he said. “They’re not dropping significantly lower.”

David Zant, executive vice president and gmm of Belk, also said the company has had “a good b-t-s. We beat plan in August and had a comp increase.” Leading the way, he said, was long denim — “We had been as highly penetrated in that area so we’re going after that opportunity.” — as well as screen-printed T-shirts.

Looking ahead, he said the company is “not planning fall down as much as spring. And based on the traction we got for b-t-s, we feel good.” Premium denim remains a growth opportunity and Belk is expanding its penetration of higher-end goods such as Seven For All Mankind, Lucky Brands and Diesel.

The customer remains “value-driven,” he said, noting Belk’s moderate brands have done well and its collections vendors now recognize certain components of their lines need to address the current price sensitivity in the market.

Like most retailers, Zant said Belk’s inventories remain down in the low double digits and will remain at that level for spring.

Doug Ewert, president of the The Men’s Wearhouse Inc., said sales are still “disappointing, but we’re not hemorrhaging. We’ve got the bleeding under control.”

Reflecting the sober tone of today’s consumer, Men’s Wearhouse is experiencing “extremely strong” suit sales, according to Scott Norris, senior vice president and gmm. Much of the business is coming as a result of promotions; the company is running a buy-one-get-the-second-one-for-$100 deal. “You’ve got to be creative with your promotional schedule,” he said.

Accessories haven’t fared as well as suits, Norris said, but since tailored clothing remains the lion’s share of the company’s business, overall sales are acceptable. Looking to fall, he expects results to be similar to the first half and driven by promotions. “It would be great if the cold weather happens early,” he said.

Men’s Wearhouse was seeking advantageously priced goods in all categories, tailored as well as casual. “And we actually do buy here,” he said. Although inventories are below last year, the company is being aggressive in buying categories “where business is on the positive side. We’re not afraid, but inventory control is still top of mind.”

Bucking the trend, Scott Collins, gmm of men’s for Downtown Locker Room, said b-t-s sales were a bit soft. “They’re not what we thought they would be.” Nevertheless, the brand LRG “has been really good and the Akademiks relaunch did tremendously.” The company’s private label luxe T-shirt business was also a bright spot.

The atmosphere is still very promotional, he said, with consumers seeking value and retailers continuing to one-up each other on pricing. “It’s a snowball effect,” he said.

Collins is hoping “the weather cooperates and we have a cool fall and cold winter. We need those outerwear dollars to start hitting.”

At MAGIC, Collins said he was searching for new vendors and trends. He was also seeking out some brands that would give him exclusivity. “There’s value in that.”

At The Doneger Group fashion trend overview, Tim Bess, men’s fashion trend analyst, said the must-haves in men’s included pleated pants, double-breasted suits, red accents, wrinkled bottoms, mesh tops and plaid or Western-inspired shirts. The overall look is “more polished and pulled together,” he said. Accessories, such as scarves and hats, are an opportunity as well as men seek to update their wardrobes without spending a lot of money.

David Wolfe, Doneger’s creative director, said the key trend in women’s is “serious career dressing such as pant suits and jacketed skirt suits. They’re willing to invest in that area; they have enough leisure merchandise.”

Wolfe said more expensive fabrics will also be a draw as women seek out “fewer pieces at higher prices. The over-the-top dressing of the last decade now seems overindulgent,” he said. “People are now dressing like they have old money — low-profile, investment clothing.”

Foot traffic at the show was visibly better than the February exhibition. As was true for the past several shows, international traffic was strong, particularly from Asian countries, with the exchange rate favorable to those looking to maximize value.

“I like the show, there’s a lot here and we can find things at good prices,” said Akinori Miyazato, a Japanese buyer who was browsing women’s booths on Monday. “I am looking for things that are young and fresh, and a lot of streetwear styles, too.”

Buyers for Apricot Lane, a 45-store retail chain based in California, cited denim as a continued strong seller, particularly in destroyed styles and burnout washes.

“Denim is one category where people are still willing to make an investment,” said Melinda Liming, merchandising director for the chain. “In other areas they’re still trading down.”